International African American Museum CEO to step down in August

The president and CEO of the International African American Museum plans to resign this summer and return to the private sector.

Michael Boulware Moore, who became the museum’s first CEO in 2016, said it has been “a privilege and an honor” to lead the International African American Museum for the past three years. 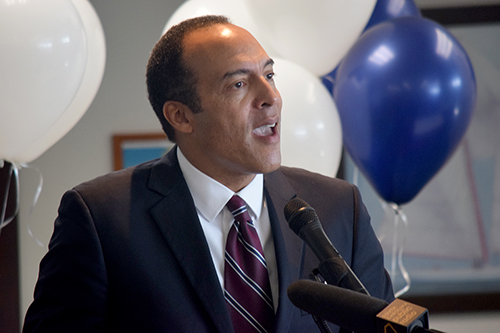 “I am proud to have played a role in creating a museum and memorial that commemorates their lives and the lives of the tens of thousands of others who took their first steps into America on that hallowed ground,” Moore said in a news release. “My intention was to oversee the necessary planning and fundraising to bring this museum to life, and I am proud to have done just that.”

Bernard Powers, who serves on the museum’s board of directors, will serve as the interim CEO and Elijah Heyward III, the museum’s COO, will take over day-to-day management responsibilities.

Museum spokeswoman Alexa Asendorf said the museum plans to begin a search for a new permanent CEO in the near future.

Wilbur Johnson, chairman of the museum’s board, said he always knew Moore intended to return to the public sector so the decision wasn’t a complete surprise.

“His passion and dedication to this endeavor have empowered and inspired our team and our efforts, and we are grateful to him for having taken the helm of this institution at a critical time in its existence,” Johnson said in the release.

He added that Moore has left the International African American Museum in a good position for its next chapter. The museum’s construction contract is scheduled to go before Charleston City Council on July 16, with groundbreaking anticipated at the former site of Gadsden’s Wharf this fall.