Coastal Crust Greenville is the latest addition to a growing Village of West Greenville. The Charleston-based pizza catering company has opened a brick-and-mortar location at 1254 Pendleton St.

The catering company expanded to Greenville in 2016 with plans to open a restaurant location. The transition from full-service catering to a full-service restaurant has allowed Coastal Crust Greenville to expand its menu and footprint in the community, according to a news release. The company’s Greenville truck is a restored 1955 Chevy outfitted with a wood-fired Mugnaini pizza oven offering an Italian menu on wheels. The truck is still available for catering in the greater Greenville area. 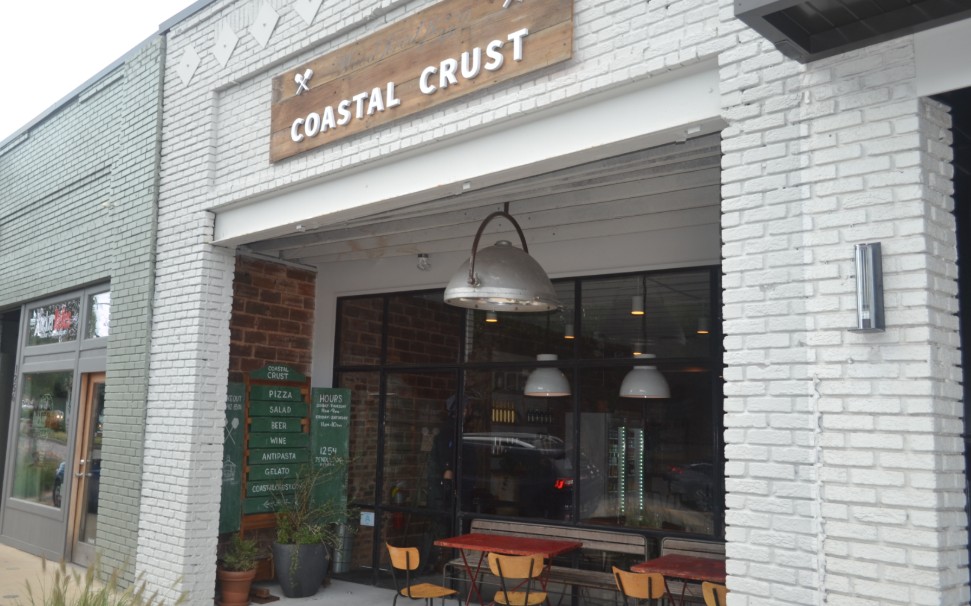 “We chose the Village of West Greenville a few years ago as a perfect location for our business,” Coastal Crust business partner Bryan Lewis told GSA Business Report. “We started by purchasing 1180 Pendleton St. to locate our operations for our catering business. After a few years here we knew we wanted to build our first brick and mortar restaurant in Greenville in the same neighborhood.  We have really enjoyed this community and look forward to growing with the area.”

Once a neighborhood in decline, the Village of West Greenville is developing into much more than the art district label attached to it. In addition to the more than half a dozen art galleries and studios, the area has a variety of shops and restaurants.

Poe West is a $9.5 million, 57,000-square-foot mixed-use property being developed in the village. It will be anchored by the Greenville Technical College Center for Culinary and Hospitality Innovation. Announced tenants at Poe West include Carolina Bauernhaus, LaRue Fine Chocolate and Six & Twenty Distillery. The Furman Co. is developing Poe West.

“We are excited about the idea to create a unique space for innovative business in the central core of the Village of West Greenville,” said Stephen Navarro, president and CEO of the Furman Co., in a news release. “The Furman Co. has been working for over two years with collaborative organizations already plugged into the village to meet the programming needs of the right tenant mix; one that will complement the village and each other. Simultaneously we’ve been searching for design and application strategies that will enhance the village’s business and entertainment district.

“I think the sense of community within the design and space is terrific and will complement the existing vibe of the village. Collaboration, connectedness and community are all important elements of what this project brings to this important location. Having local partners help guide us has helped make that happen,” Navarro said.

A Community Plaza is planned for the area. The 5,000-square-foot space will be behind The Anchorage restaurant and is expected to be complete in October, according to the city of Greenville.

A project to streetscape for Pendleton Street between Traction and Irvine streets is currently in the design phase, according to the city website.