In five years, Soda City ComicCon has gone from being held in a few rooms of the Columbia Metropolitan Convention Center to filling the entire facility.

Despite the historic flood of October 2015, which forced the event to shut down on its second day in its first year, there was enough interest in the two-day event to encourage organizers to try again. Since then, the convention has grown every year, luring more vendors, more guests and bigger stars in comic and pop culture.

This year’s event, to be held from 10 a.m. until 6 p.m. Saturday and from 11 a.m. until 5 p.m. Sunday, will utilize the entire convention center for the first time. Founding partner Donald Brock said event organizers have seen 15% to 20% growth from year to year.

“We’ve probably gone from 3,500 people attending the first year to, hopefully, projecting 10,000 people this year,” said Brock, who works full time as an accountant but started a home comic book business in 2011. 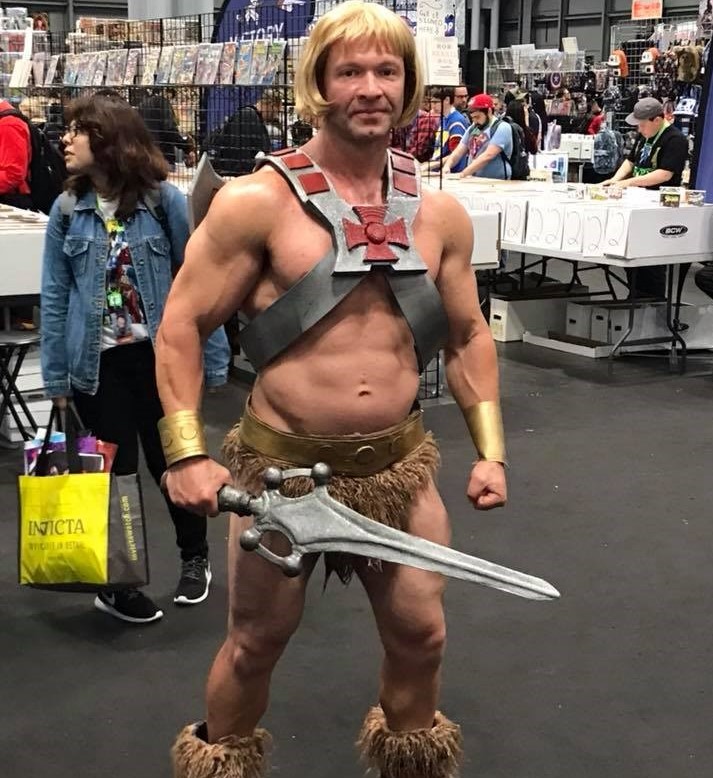 Although Columbia had hosted smaller comic book and toy shows at smaller-capacity venues, Brock and several other comic culture enthusiasts decided the city needed its own comic convention.

“We thought we saw a niche in Columbia where if we created a convention that we would like to attend, it could work,” he said. “I’ve been a vendor. I’ve been an attendee. I’ve seen a little bit behind the scenes of most conventions, and I thought we could probably do this.”

Vendors and artists from throughout South Carolina are booked for this weekend, as well as vendors from as far away as Michigan, Ohio and Pennsylvania.

In addition to the growth of the Columbia event, the comic and superhero culture has grown statewide, with similar comic conventions in Greenville, Charleston and Florence.

“It seems like there’s a show every weekend now,” Brock said. He attributes the growth in popularity to the number of superheroes and comic book characters who are taken off the pages and onto the screen — either in film or in television series. Characters, graphic novels, toys and costumes that were once a subculture are becoming mainstream.

“Our business is doing very well. Pop culture, in general, is doing very well,” he said. “You can just look at the numbers that are coming out of Hollywood with the movies and (Avengers:) Endgame surpassing Avatar as the highest-grossing film of all time. ... It’s proof that people are still hungry for all things pop culture.”

Consider it the Big Bang Theory effect. The popular CBS television situation comedy that ran for 12 seasons featured scientifically brilliant characters who took frequent trips to their favorite comic book shop to buy comics and superhero memorabilia. The show’s record 279 episodes kept CBS atop the network rankings for the longest-ever run for a multicamera series, according to CBS Marketwatch.

“It boils down to the growth and success of pop culture in society being able to transcend the whole niche, (from) kind of nerdy guys hanging out in their mom’s basement to everybody wants to come and everybody wants a piece of this because it’s so damn entertaining, and it’s fun,” Brock said.

Now those initial fans are parents sharing their hobby with their children, Brock said, and they have money to spend on collectibles, comic books, costumes and movie admission.

The Columbia event’s growing popularity has been reflected in the level of celebrity it draws, Brock said. This year’s featured guests include actor Michael Rooker from the Guardians of the Galaxy movies and S.C. comic book illustrator Sanford Greene.

“We’ve gone from having one or two lower-profile actors into getting A-list actors from major motion films and major TV shows,” Brock said. “That has contributed to the growth, but the growth has also allowed us to bring in this category of celebrity.”

Those celebrities and vendors stay at hotels and eat at restaurants while they’re in Columbia, as do the thousands of people who will be in the Vista this weekend paying for parking, coffee and lunch or dinner.

The operators of the Columbia Metropolitan Convention Center say Brock and his partners have been effective in improving the event year after year.

“We attend various trade shows and we are on top of the trends generating group business. … Not only will (fans) gather for a fun event, but they will stay in our hotels and eat in our restaurants,” said Bill Ellen, president and CEO of Experience Columbia SC.