For 100 years, Croghan’s Jewel Box has been in vogue, but now it’s literally in Vogue.

The famous fashion magazine out of New York City polled readers to name their favorite small businesses around the country and the downtown Charleston jewelry store made the list.

Existing in the same 308 King St. spot since William Joseph Croghan opened it more than a century ago, the shop is still family-owned and run four generations later.

Current co-owner Rhett Ramsay Outten is overjoyed to be recognized by Vogue and its readers, and is humbled by the fact that of anywhere in the world to shop for jewelry, they choose Croghan’s. 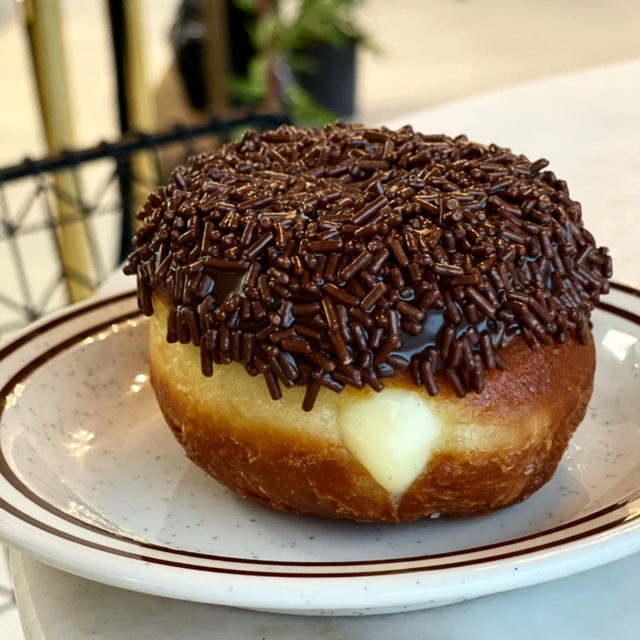 “The fact that the list came from reader nominations makes it extra special. Our team works hard every day to make customers feel good about coming to play in our little jewel box!” she said.  “Whether it be online or in our store, we have found that shoppers are looking for an experience that is authentic, fun and warm.”

The shop sells contemporary pieces and in-house designs created in its second-floor workshop, but is well-known for its estate and antique selections, which Vogue called “unparalleled.”

“Visiting Croghan’s is the ultimate marriage of old-meets-new with stunning jewelry that feels both yesteryear and entirely today,” Christian Allaire wrote on behalf of the magazine.

Located at 99 Westedge St. and 408 Nexton Square in Summerville, the eatery bakes fresh donuts out of its signature yeast-raised brioche dough. To keep things fresh, the shop regularly changes its menu with seasonal flavors, glazes and garnishes. Flavors come in both vegan and regular options.

“Big squares of fluffy brioche dough — with just the right amount of chew so you know it’s the real deal — make a fine foundation for the extremely current doughnuts at BKeDSHoP in Charleston, one of the most designer shops on this list, with a visually arresting interior, proper espresso bar, and on-premises plant shop, separated by giant picture windows from the usually-bustling bakery,” Food & Wine said in its Best Doughnuts in Every State list.

Drawing additional attention to the region’s famous food, downtown Charleston’s Halls Chop House and Jack of Cups Saloon on Folly Beach earned spots on Yelp’s 100 Places to Eat in 2021 list. Halls turned up at No. 7 with Jack of Cups Saloon coming in close at No. 12.