On the Menu: End of an era 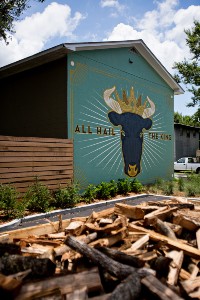 Following an announcement this spring that he would shutter his titular ham house, Tommy Stevenson says Sunday is the last chance to nab some ruby red grapefruit juice and a country ham biscuit in old digs and consort with politicians, regulars and regular politicians after 36 years in the business.

“Until then, we expect busier days and extended wait times for service,” he said in a statement. We appreciate your patience and patronage as we wind down 36 years of Tommy’s.”

U.S. Rep. William Timmons gave Stevenson his farewells and honored him with a congressional record and congratulatory letter from Sen. Lindsey Graham on May 20.

Charleston-based Lewis Barbecue plans to capitalize off Tommy’s Ham House success in early 2022 with a menu of award-winning meats smoked in custom-made pits, according to a news release. SeamonWhiteside will provide landscape architecture, civil engineering and modeling services for the incoming restaurant. 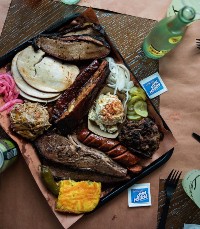 Sister food bloggers Rebecca Lund and Kate Arthur plan to move their 6-year-old catering business from Durban, South Africa, to Clemson in the spring of 2022.

The new café concept, called The Delish Sisters, will occupy a venue in The Shephard Hotel at 389 College Ave. The sisters hope that with their new venture they can “create beautiful food experiences for clients, friends and our family,” according to a statement on their website.

Clemson craft beer hangout 4 Paws American Pub closed on April 30 with plans to transition to a new dining concept on Canoy Lane, according to a statement from the restaurant. Pub owners also prompted regulars to stay tuned for more announcements in the weeks ahead.

Eggs Up Grill will open in the venue after a period of renovation with some 4 Paws staff transitioning to the new team.