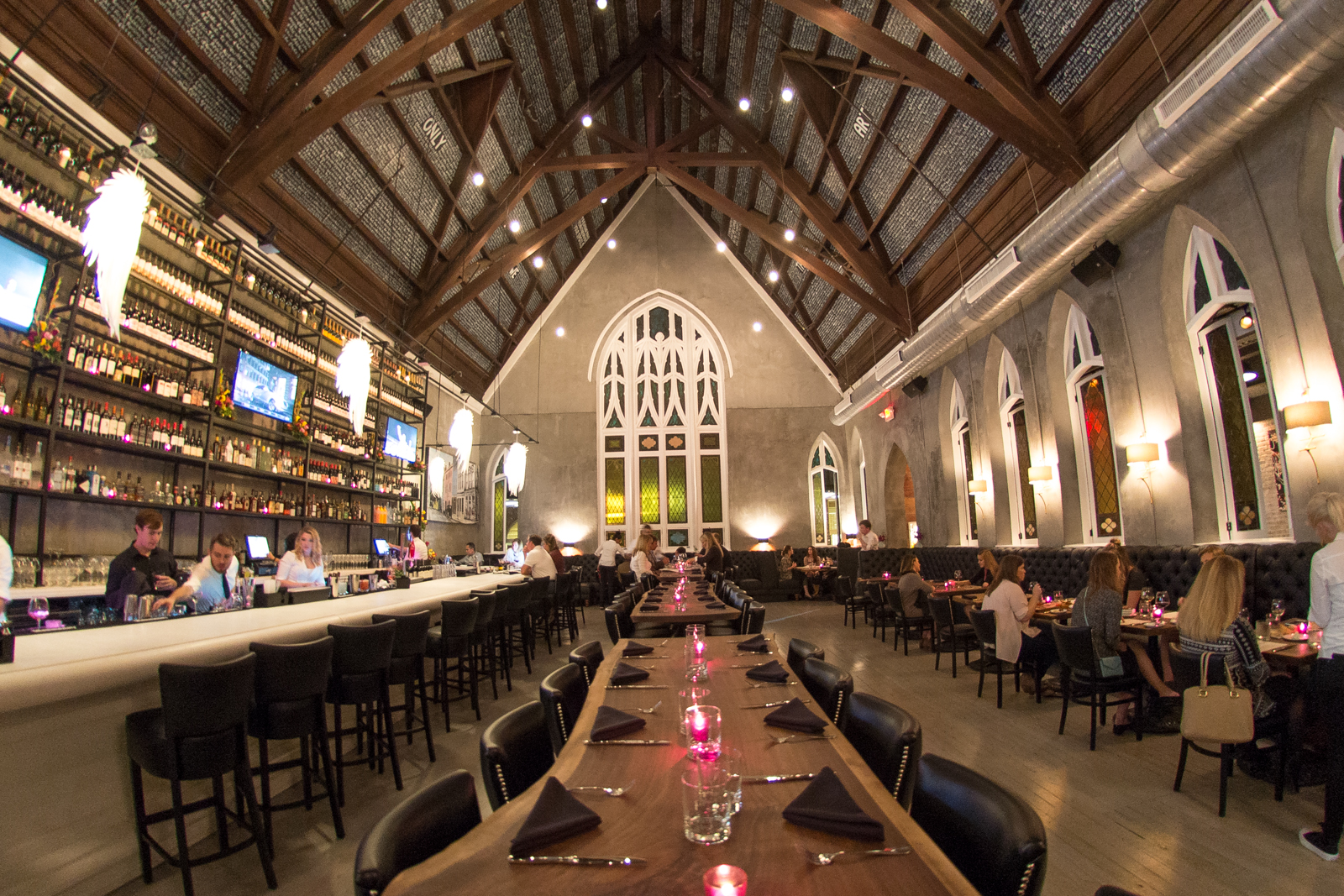 5Church Charleston has reopened its doors with a new name. Church and Union made its debut Jan. 1, though guests to the restaurant will notice few changes.

The new name, logos, signage and menu items make up the extent of the rebrand.

Staples such as the hand-painted ceiling with verbiage from Sun Tzu’s The Art of War by artist Jon Norris, the five-dollar-bill paintings by artists Matt Hooker and Rodney Raines, several menu items and the kitchen and front of house staff remain the same.

The restaurant group is also planning to Ophelia’s in Nashville and to expand the Church and Union brand to Denver in 2022, said Patrick Whalen, CEO and owner of the 5th Street Group.

“We like Church and Union because those two words are connected to each of the businesses,” Whalen said.

The Charleston restaurant is built inside of an old church building, the upcoming Denver location will sit just outside of Union Square and the Nashville location is situated in between Church and Union streets.

The name change also works to distance the Church and Union brand from 5Church Midtown, an Atlanta restaurant owned and operated by the 5th Street Group’s former business partner and investor, Ayman Kamal.

The restaurant group declined to comment on this issue, saying, “The 5th Street Group has put this subject behind us, and we remain focused on the future.”

Here in Charleston changes are subtle. Church and Union’s menu selections have been curated by executive chef Jamie Lynch, a sought-after chef based in Charlotte.

Church and Union Charleston remains open for brunch, lunch and dinner and 5th Street Group partners Whalen, Alejandro Torio and Jamie Lynch said they are proud of the 5Church brand and how far the business has come.

“Our success has been a testament to the brand itself, our guests and the people who have been part of its story,” the partners said in a statement. “The 5th Street Group intends to continue expanding this story by moving on to Church and Union; a brand that, while in its infancy, has all the makings of something truly inspiring. We hope you will come along for the ride.”