A popular North Charleston restaurant has a new leader manning the kitchen.

Three Sirens, the sister restaurant to nationally acclaimed wine bar Stems & Skins, has announced the appointment of Paul Farmer as executive chef, according to a Three Sirens news release. 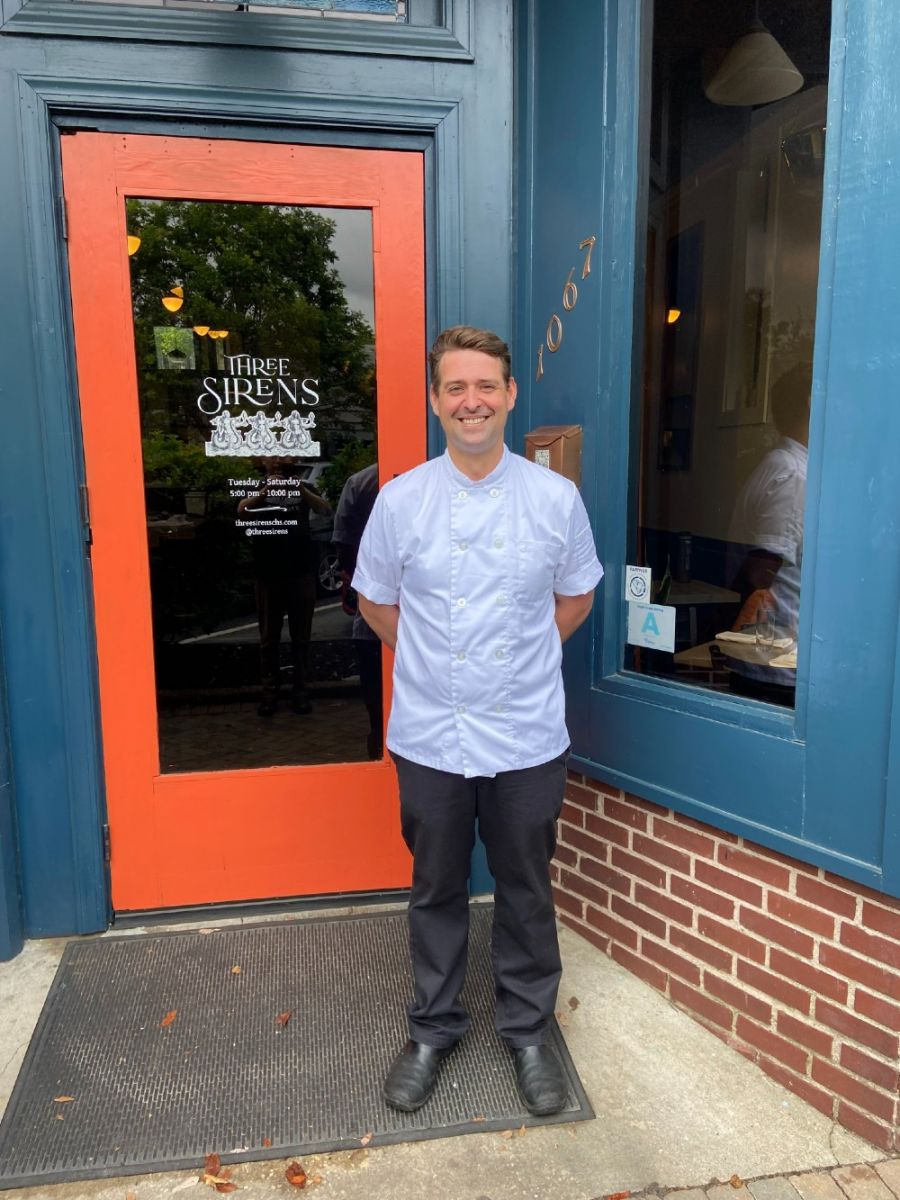 “Combining French influence and modern interpretations with the seasonal produce and fresh seafood that Charleston offers is really at the core of my culinary skills for Three Sirens. I’m excited to be revamping the menu at this highly acclaimed local restaurant,” Farmer said in the release. “It’s truly been incredible and humbling to have worked with such incredible chefs over the past several years, who have played vital roles in crafting my inspiration and passion, and have helped craft this new menu.”

Farmer spent half a decade working with several restaurants in the San Francisco Bay area before his position as sous chef at Petit Trois, the release stated. Upon moving to Charleston, he joined Butcher & Bee as head chef, leading the kitchen team on the restaurant’s journey to being named “Outstanding Restaurant” by the James Beard Foundation.

“Our goal at both of our restaurants is to always produce a high-quality environment that everyone wants to enjoy and at Three Sirens, especially, we want to create a newer and unmatched guest experience,” Matt Tunstall, partner of AOC Hospitality, said in the release. “Guests can expect an upscale experience with handcrafted cocktails and a French-inspired twist to our seafood-focused offerings. We’ve already seen Paul’s talents come to life, and we’re looking forward to seeing what the future has in store.”

In addition, the restaurant has appointed Anthony Joseph as the restaurant’s new general manager, according to the release. With more than 12 years of hospitality experience, Joseph started his career in New York City. He originally mentored at Uncle Jack’s Steakhouse under well-known restaurateur Willie Degel who was featured on the TV show “Restaurant Stakeout.”

We’re really excited to have Anthony join our team at Three Sirens and we’re confident he’ll be an excellent addition to the management team,” Tunstall said in the release. “While Chef Farmer has been crafting the delicious dining menu, Anthony has been hard at work training our staff, overseeing operations and also collaborating with the Stems & Skins team to craft a drink menu that is seasonal and pairs well with all of our food offerings.”