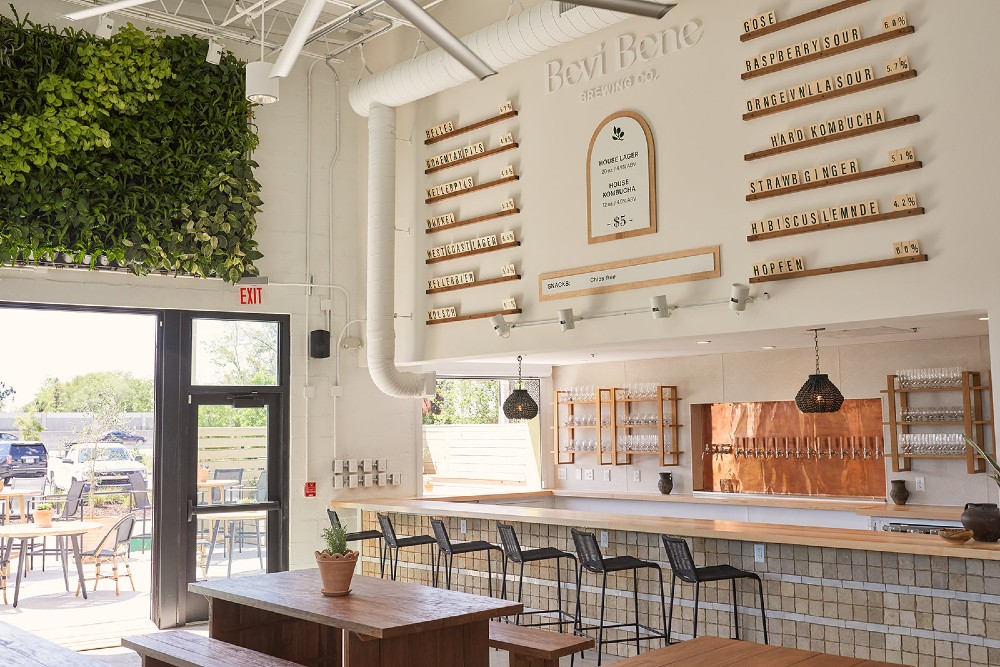 Joining Charleston’s brewery district on the upper peninsula, Bevi Bene is Charleston’s only lager and hard kombucha brewery, according to a news release. The brewery is located in The Lumberyard at 1859 Summerville Ave.

Clay and Marissa Carlisle dreamed up the concept of the new brewery while living in Golden, Colo. Italian for “drink well,” Bevi Bene is all about drinking authentically crafted beer and kombucha, coupled with great company, the release said.

“Creating a space to gather, be comfortable, and enjoy well-crafted beverages is what we envisioned,” Clay Carlisle, brewer and co-founder, said in the release. “We’re thrilled to join such a lively brewery scene in Charleston and are excited to welcome everyone into our space to drink well with us.”

Bevi Bene incorporates new and classic techniques, including South Carolina ingredients when available. The brewery offers rotating brews including lagers, sours and hard kombuchas. The taproom will be open 1-8 p.m. Wednesday and Thursday.