One restaurant commits, another looks, at Courier Square 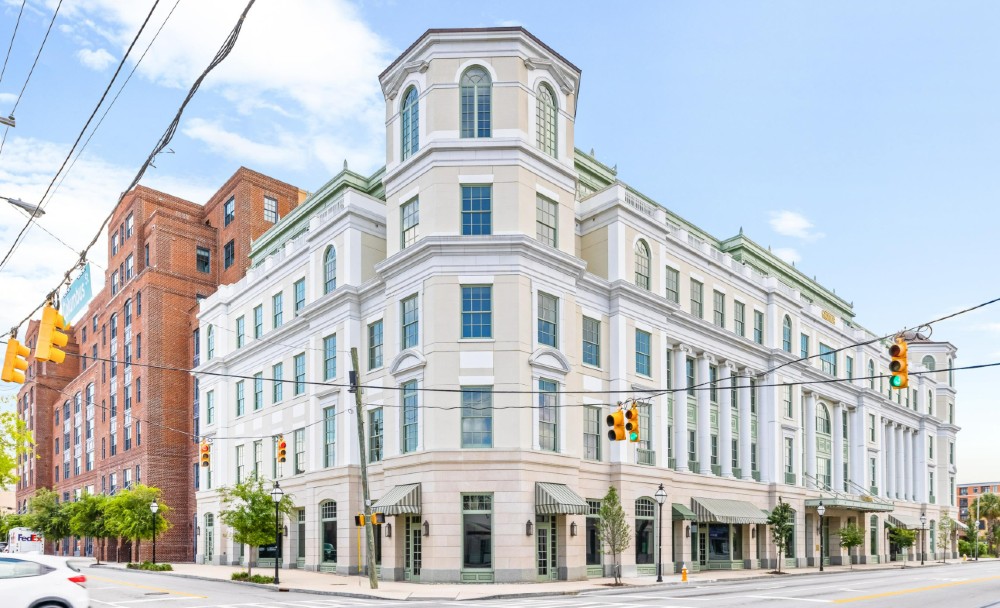 A couple that owns a James Island restaurant specializing in the foods of western China has plans for 128 Columbus St. in Charleston, the Courier Square development at the corner of Meeting and Columbus streets.

Restaurateurs David Schuttenberg and Tina Heath-Schuttenberg, who own Kwei Fei on James Island, leased a 3,063-square-foot suite at Courier Square, according to a news release.

Kwei Fei started in 2017 as a pop-up concept and moved into a brick-and-mortar space four years ago.

“We’ve been really scrappy,” Heath-Schuttenberg said in the release. “We always try to think about things in unconventional ways. … There are interesting things happening there. We do things unconventionally. We want people to subscribe to the experience we’ve provided and that’s something you can do when you’re moving into a newer area.”

Heath-Schuttenberg said in the news release they are still working out specific details for their new restaurant, but the menu and space will be “warm and modern.” Both of their restaurants will operate under a company called Always Awkward Hospitality.

Their restaurant is one of several new tenants for the location, according to Charleston Commercial, which handles leasing for the property.

Totality Medispa is slated to open its Courier Square location this month. The medical spa has another location on Daniel Island.

Charleston Commercial is also in negotiations with an Atlanta restaurant group to anchor the 6,305-square-foot corner restaurant suite. Nick Maylander, project lead for leasing at Courier Square, said he hopes to make an announcement on that restaurant project soon.

The project also houses the headquarters for Greystar Real Estate Partners and the fully occupied luxury apartment complex, The Guild.

“We took over the Courier Square retail leasing for Greystar late last summer, and at the time, roughly 80 percent of the 19,000 square feet of retail space was vacant,” Maylander said in the release. “We spent the remainder of 2021 fine-tuning our marketing strategy and have seen a strong uptick in interest ever since the beginning of this year.”