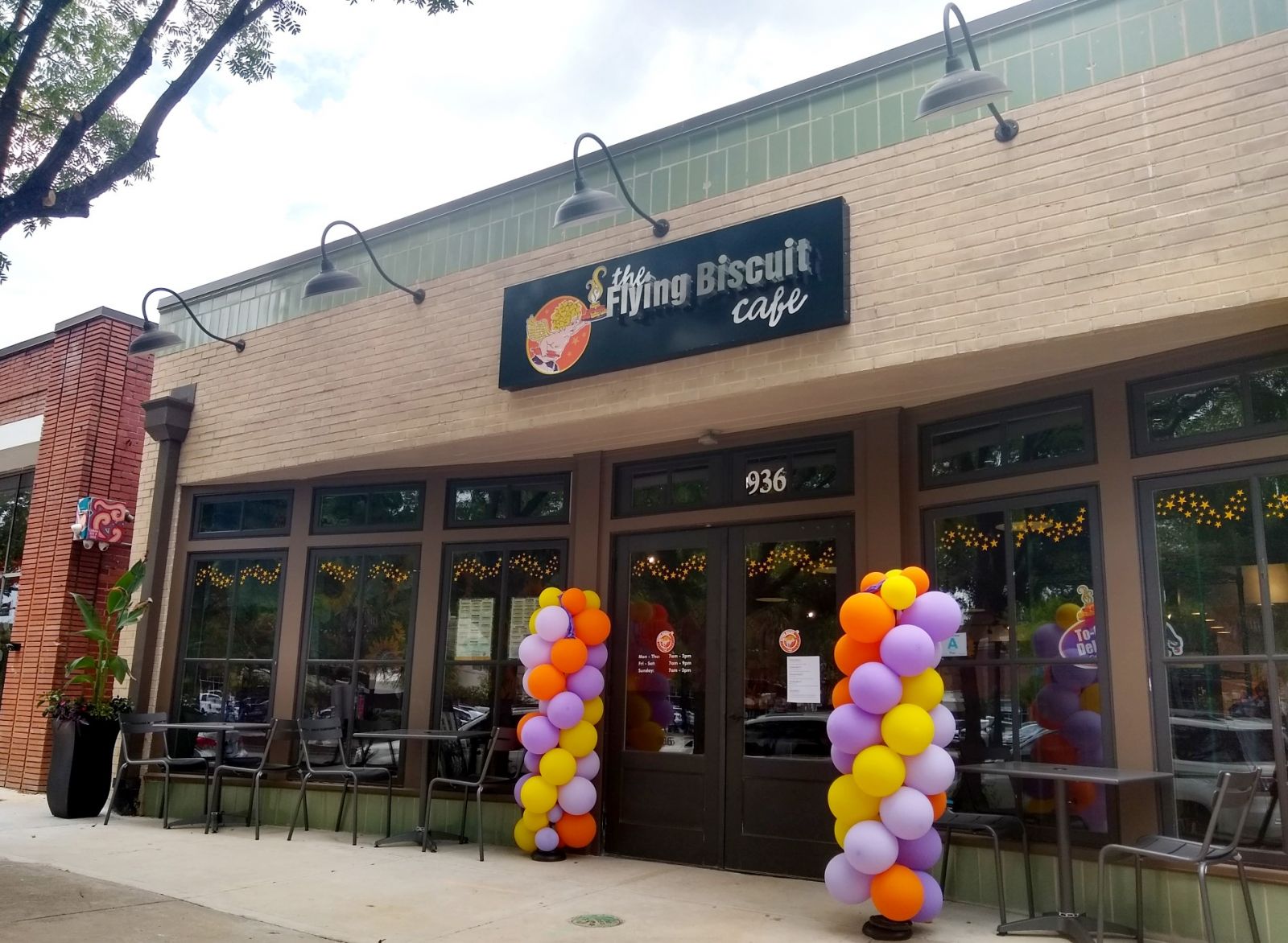 A new eatery in Five Points is serving up all-day breakfast and a positive vibe with a side of homemade apple butter.

The Flying Biscuit Cafe, located at 936 Harden St., opened its doors at 7 a.m. Monday and celebrated its grand opening with a ceremony later in the morning that included Columbia Mayor Daniel Rickenmann, other city leaders and members of the Five Points business community.

“We’re welcoming more investment in Five Points, which is becoming an important hospitality district,” said Columbia City Councilman Will Brennan. “We’re proud to be growing the economy here with this beautiful restaurant.”

The new restaurant is owned by John Robert Barth and Kevin White, who both worked in restaurants in the past and were looking to bring something different to Five Points.

“We were searching for a franchise because we love the restaurant industry, and we decided on Flying Biscuit because we loved the food, the vibe and the atmosphere,” Barth said.

“We’re proud to bring this amazing brand to Columbia with a perfect location in the heart of Five Points,” Rickenmann said.

Flying Biscuit Cafe started in the Candler Park neighborhood of Atlanta in 1993 and now has more than 25 locations in Georgia, the Carolinas, Florida and Texas. In South Carolina, the restaurant also has locations in Mount Pleasant and Greenville.

All-day breakfast is a big part of the Flying Biscuit appeal, but the menu also includes a wide variety of other items including burgers, salads and sandwiches.

Not surprisingly, biscuits are a signature offering. Homemade daily, Barth said Flying Biscuit locations typically go through an average of 5,000 a week. They are frequently served topped with homemade apple butter made from the chain’s own recipe.

White noted the menu also has options for diners with dietary preferences and needs, including vegetarian, vegan and gluten-free selections.

Flying Biscuit’s interior is roomy with a laid-back vibe. Two bright murals along a side wall depict a field of flowers and Columbia icons such as the Statehouse and the University of South Carolina mascot Cocky.

Barth and White said they also plan to offer live music and other activities in the future.