The Taco Boy family of taquerias has made additions to its leadership team.

Chef Francisco Alvarez, a native of Southern California, is Taco Boy’s new culinary director, according to a release from the company. He comes to the East Coast after 20 years honing his skills in some of Las Vegas’ lauded kitchens, including serving as executive sous chef at Caesar’s Palace and chef at Costas Spiliadis’ acclaimed Estiatorio Milos. 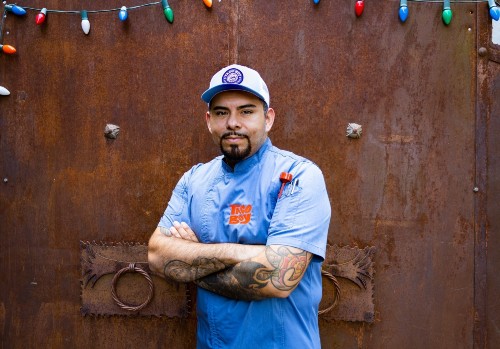 Alvarez has been instrumental in the openings of new restaurants for Michelin-starred Chef Wolfgang Puck and for Michael Mina’s International Smoke, the release stated. He’s trained in multiple international cuisines and culinary techniques, but it is the food of his heritage where he's found his calling.

During the pandemic, Alvarez developed and ran two popular Mexican ghost kitchens (online orders only): El Gallo and Madero Street Tacos, according to the release. He gained notoriety for his handmade tortillas, which he makes using heirloom corn and a centuries-old process called nixtamalization. The process involves steeping corn in an alkaline solution before milling it into masa (maize dough).

Alvarez was among the first three people using this technique in Las Vegas and the only one using heirloom corn, the release stated. This fall, Taco Boy will be serving handmade heirloom corn tortillas using this nixtamalization process. Much more to come on this news!

Melissa Reardon is based in Asheville, N.C., and serving as the interim communications director, according to the release. She served as editor and editor-in-chief for WNC magazine in Asheville (a sister publication of Charleston magazine) for a span of 15 years, and was brought on to assist with an upcoming expansion in Asheville.

A longtime Asheville, N.C., restaurant industry veteran of 30 years, Maty Hollingsworth will take on the beverage director position for Taco Boy, the release stated. He’s managed and overseen the beverage programs for a handful of Asheville’s respected establishments, including serving as the creative brains behind the Mexican-influenced concoctions at Limones and its sister establishment En la Calle.

Though he’s currently on board for a 10-month stint, Hollingsworth will be overseeing the management of all libations and a refresh of the drink menu for Taco Boy, the release stated.

Taco Boy was founded in 2006 by one of Charleston's most prolific and progressive restauranteurs, Karalee Nielsen Fallert. She is the founder and CEO of restaurant management company All Good Industries.