Hotel Trundle adds another award to its portfolio 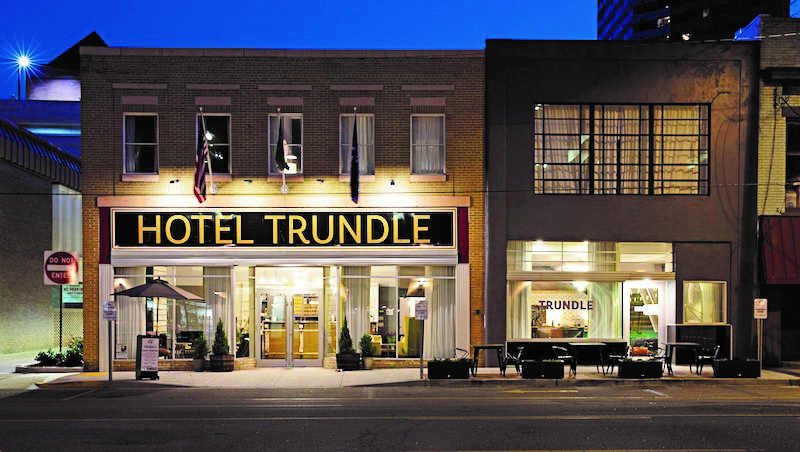 Hotel Trundle has added another honor to its portfolio.

The downtown boutique hotel recently was ranked in USA Today’s 10Best Readers’ Choice Awards, announced earlier this week. The hotel was ranked No. 4 for Best Boutique Hotel and No. 9 for Best Historic Hotel. There were 20 nominees from around the U.S. in each category.

Hotel Trundle, which recently received the 2022 Travelers’ Choice award from TripAdvisor, ranked fifth on USA Today’s list of best historic hotels for 2021. Since opening in April 2018, the hotel, which transformed three vacant retail buildings at the corner of Taylor and Sumter streets, has also garnered regional and state recognition.

The project, in combination with the adjoining design of architecture firm Boudreaux’s new studio, was recognized by the S.C. Department of Archives and History, Preservation South Carolina, and the Office of the Governor with an honor award as part of the 2020 Historic Preservation Awards. The 41-room hotel has also been featured in Southern Living magazine’s hotel collection, a curated list of 24 recommended hotels, inns and resorts across the South.

“The level of community support we have received from the moment we opened our doors is one of the most rewarding components of Hotel Trundle, and we could never achieve these heights without everyone voting,” co-owners Rita Patel and Marcus Munse said in a news release. “These accolades help us to further differentiate ourselves in the boutique hotel world and attract guests from all over the world.”

As a thank-you to the community for its support, Hotel Trundle will host a “Champagne and Grits” celebration from 5-7 p.m. on Oct. 5. The lobby at 1224 Taylor St. will be open to the public, and visitors can enjoy champagne, light hors d’oeuvres and music.

The date is not an arbitrary one: Oct. 5 was named Hotel Trundle Day last year by the city of Columbia.

Patel and Munse recently announced expansion plans which will include a block of five guest rooms, including a bridal suite, and is expected to be complete by next spring.