Hotel with ties to Dabo Swinney opens in downtown Clemson 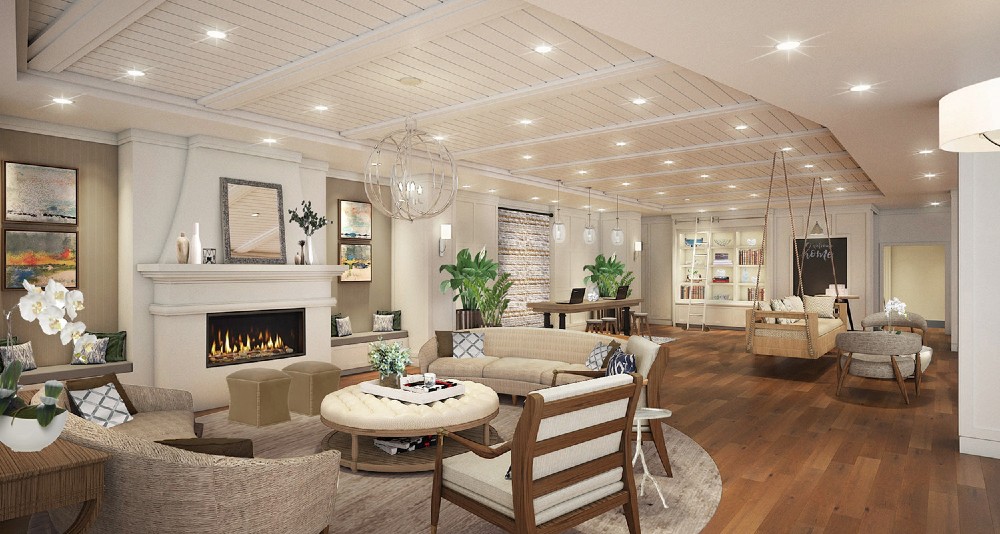 The Shepherd Hotel has opened its doors in downtown Clemson.

The six-story white brick building at 110 Sloan St., which is located between College Avenue and Sloan Street, features a restaurant called Delish Sisters and a lobby with a grand spiral staircase, according to a news release.

The hotel also includes 67 guest rooms, the Thomas Bar on the third floor, an outdoor terrace and a rooftop event space, according to the release.

The financial investment of the hotel was not disclosed.

You might be familiar with one of the hotel’s partners.

Inspired by his daughter Jamison who has Down syndrome, hotelier Rick Hayduk had long aspired to operate a hotel and employ individuals with disabilities, the release stated. In 2011, Clemson's head football coach, Dabo Swinney, introduced Hayduk to Rich Davies, a third-generation real estate developer and involved Clemson alum, the release stated.

The three have come together with the goal of positively impacting the lives of others through creating Shepherd Hotels in collaboration with ClemsonLIFE, a nationally recognized collegiate academic program Clemson University offers to young men and women with intellectual disabilities to prepare them for competitive employment and independent living.

But what makes the Shepherd Hotel unique is those who work there, the release stated.

More than 20% of the hotel’s staff comes from ClemsonLIFE. These associates can be found welcoming guests in the hotel lobby, serving in the Delish Sisters restaurant, working in the kitchen, and maintaining guest rooms and public areas.

“We are so excited to welcome the Clemson community to the Shepherd Hotel for a truly remarkable experience,” said Hayduk, co-founder of Shepherd Hotels, in the release. “This is more than a luxury hotel. It is a life-changing opportunity for individuals with special abilities to train and work in the hotel and restaurant while helping them further their skills obtained through the ClemsonLIFE program.

“Our hope is that guests are inspired by our entire team and realize the value, work ethic and heart for hospitality shown by this incredibly special group of people.”

Buying into the mission-oriented vision of the hotel’s founders, several organizations partnered with the founders to help bring the hotel to life, including First Horizon Bank, which supported the project during the hard-hitting financial times surrounding the pandemic, the release stated.

“We are so grateful to our partners whose passion aligns with ours,” said Rich Davies, founder and CEO of Pavilion Development Co. and co-founder of The Shepherd Hotel, in the release. “They have seen the value in creating transformative opportunities to those in our Clemson family who are typically underserved while also stepping up in a tremendous way to bring a best-in-class hospitality experience to our guests.”