A French-trained chef is leading culinary efforts at The Charleston Place, a newly independent hotel in the heart of Charleston’s historic district.

Master Chef Olivier Gaupin has been named director of culinary at the hotel, according to a news release.

Gaupin will lead concept designs for the hotel’s numerous restaurants and dining ventures and develop menus that celebrate the seasons and its local community, while helping train the next generation of culinary leaders, the release stated. 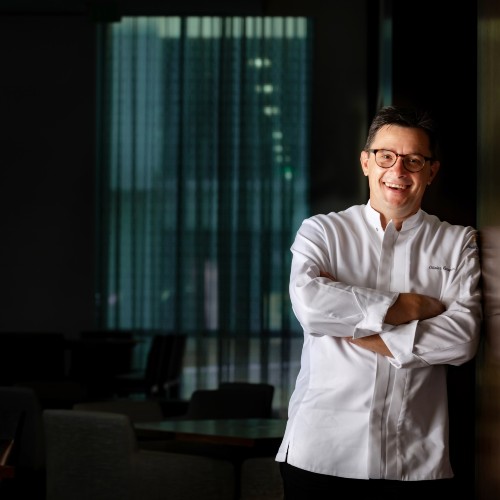 “Chef Gaupin’s attention to detail and precise nature, coupled with his love for people, culture, and the best local ingredients make him the ideal fit to lead The Charleston Place’s culinary program into its next chapter,” said Managing Director Bob Megargle in the release.

Gaupin, one of only two chefs in South Carolina to carry the master chef  title, followed his family’s heritage of fine chefs to pursue a career in the culinary field and has been sharing his talents for more than 25 years, the release stated.

A native of Orleans, France, and a graduate of France’s CFA Charles Peguy School, Gaupin’s international career highlights include serving as Chef de Partie of the Michelin rated Hotel Negresco in Nice, France, and Chef de Partie at the famed Hotel Stuva Colani in St. Moritz, Switzerland, the release stated.

Gaupin has led the kitchens of some of the country’s most distinguished restaurants and hotels including Provence Restaurant in Washington D.C., under the leadership of Yannick Cam, the Pfister Hotel Milwaukee Wisconsin, The Ritz-Carlton Atlanta, The Ritz-Carlton St. Louis, Watercolor Inn and Resort, and Alys Beach Resort, Florida, according to the release.

Gaupin joins The Charleston Place from his most recent positions with Benchmark Global Hospitality and Loews Hotels & Co. where his leadership responsibilities included the culinary direction for hotels, oversight on menu development, executing new food and beverage programming and sustainability initiatives, the release stated.