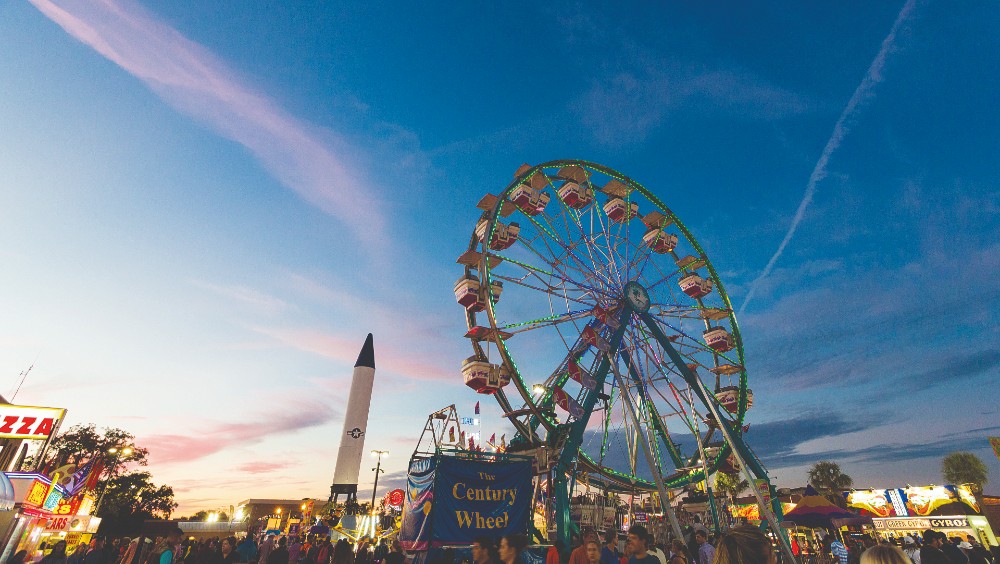 The 153rd South Carolina State Fair begins today, Oct. 12, in Columbia and lasts through Oct. 23, bringing with it a full lineup of traditional favorites and a variety of new rides, foods, entertainment, as well as a traveling moon exhibition and the return of the CIRCUS at the Fair.

“As the state’s largest event, we take pride that we’re able to showcase South Carolina’s best in food, agriculture, music and much more,” S.C. State Fair General Manager Nancy Smith said in a news release. “We can’t wait for our guests to have a taste of what makes our state so great — its people and traditions. This year’s South Carolina State Fair will be out of this world with many fair classics you’ve come to expect, but with the addition of so many new and exciting offerings.”

Here's a breakdown of what to know this year:

You can find a food map here.

This year’s fair features 60 rides, including the following new attractions:

The following entertainment highlights will take place at this year’s S.C. State Fair. Click here for a full list of entertainment.