Why this Columbia brewery has turned to the digital economy 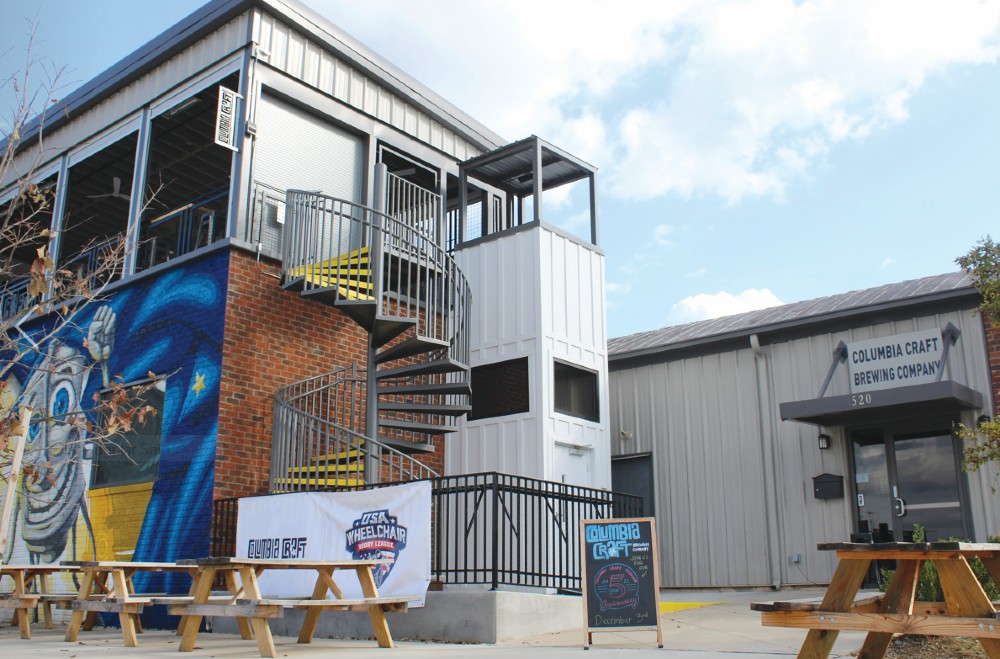 Something as simple as buying a beer at one Columbia-area brewery could soon help folks get acquainted with the new digital economy.

By the end of the year, Columbia Craft Brewing Co. aims to announce its first release of a non-fungible token (NFT) collection, a launch that will allow beer lovers and consumers in general to own digital assets that will also give them access to special customer experiences at the downtown brewery, according to Andrew Strauss, the brewery’s co-owner and business development officer.

Strauss and those working with him on the project realize there is a steep learning curve for many people with this new project, but they’re willing to brave the challenge.

In simple terms, NFTs are unique digital assets based on blockchain technology that can’t be replaced or exchanged because of their distinctive properties. They’re called non-fungible tokens because unlike fungible, or interchangeable, items such as physical or cryptocurrency, NFTs can’t be exchanged. Once purchased, they belong exclusively to the owner.

Ownership of the NFT can be verified through the blockchain, which is a decentralized and secure log on the internet.

Up until now, most NFTs have involved digital art, music or games, but the medium is increasingly being used in the business world.

Columbia recently made news in the NFT world in October when a three-bedroom house sold to a real estate investor for $175,000 as an NFT, according to an article in Newsweek. This was the second real estate transaction in the U.S. using the technology, with the first being a Florida home sold earlier in the year.

Many realtors and others online were confused or outraged by the Columbia NFT house sale, claiming that it wasn’t valid because no physical deed was signed. Others, however, said the sale represents a new future for real-world assets, and could eventually eliminate much of the paperwork and time involved in the sale of property like real estate and cars.

Strauss hopes the brewery’s new venture into NFTs will help to take away the “great unknown” factor many people experience when talking about the new technology.

“We know that NFTs have a bad rap because of some of the experiences people have had with them, but our idea is to put some real utility behind the NFT so that you get something along with your ownership,” Strauss said.

Strauss realizes that many people might not know what an NFT or the blockchain is, so he plans to create material available online and at the brewery to help customers learn about the program.

“We want to create a road map, a diagram that will show them exactly how to get involved,” he said.

Strauss has been involved in the metaverse, the world of the digital economy, since about 2007, and admits he has had both good and bad experiences with cryptocurrency and other parts of the platform.

His interest in it peaked a few years ago when he met Columbia resident Chris Thibault, CEO of Merkle Root, a Columbia-based software development firm that specializes in games and other digital products based on the blockchain. Thibault is working with Strauss on the development and design of the NFTs.

Columbia Craft’s NFT collection will initially include about 150-175 unique NFTs that represent most of the beers the company has produced since opening in November 2016. All of the NFTs won’t be available at the same time but will be sold in groups of five or 10 in an auction format.

The NFT designs will relate directly to the “magnet” system already present in the main Columbia taproom at 520 Greene St., Strauss said. Each beer on tap is represented by a magnet with the beer name, alcohol content and creative color and artwork. The magnets are placed on a magnetic chalkboard to illustrate for customers what is being poured at the time. When a beer comes off tap, that magnet is replaced with that of another beer coming on tap.

The design of the NFTs will reflect the design or logo used for each beer on its taproom magnet.

Strauss said the individual NFTs will be available to consumers of legal drinking age who will be able to purchase a limited number of them through the company’s website, with a credit card or through a cryptocurrency account using Ethereum or Bitcoin.

Each NFT a customer purchases will come with a specific set of special discounts and privileges through Columbia Craft, Strauss said. The specific perks attached to each NFT are still being developed.

Columbia Craft is not the only brewery currently using NFTs to amplify their brand, and Strauss said the larger goal through his company’s launch is to eventually create an overall platform and application that any brewery can use to release their own specific NFTs related to their brands.

“Products like NFTs and the blockchain need to be looked at right now as a new tool, something like the industrial revolution for not just breweries but other businesses as well,” Strauss said. “It’s going to take time for this kind of thing to be adopted. What NFTs can do is to help breweries like Columbia Craft create more awareness for their brand and another revenue stream as well.

“This is also going to allow our customers to dip their toes into this new tech space, participate in a new venture and get some added value back as well.”