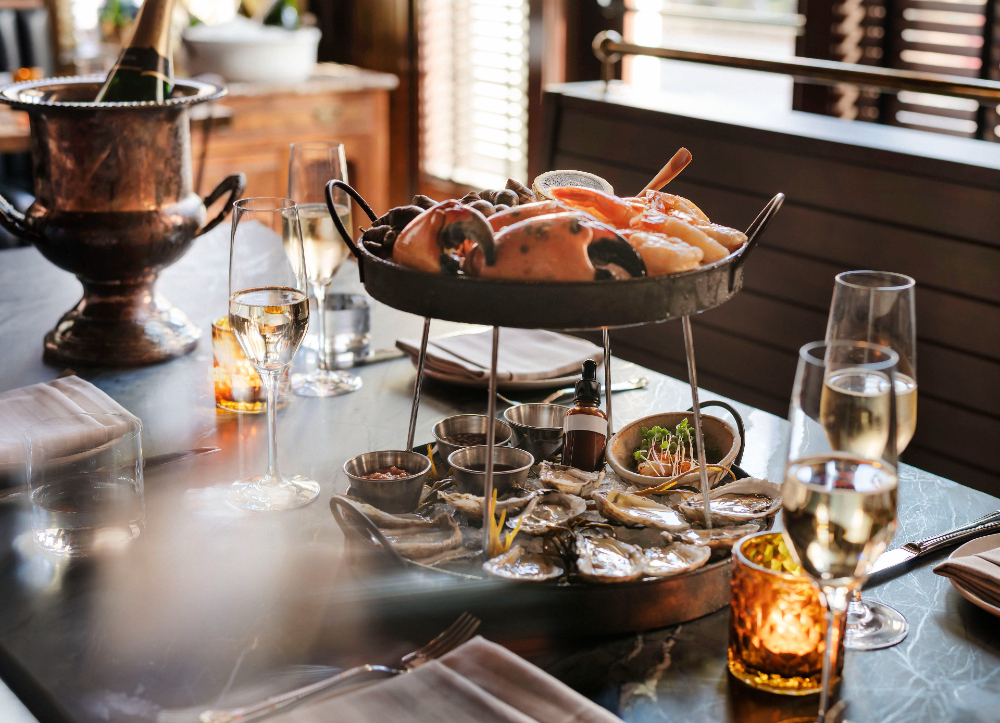 The Quinte, a 40-seat oyster bar, has opened directly off the lobby of The Pinch hotel in downtown Charleston.

The spot at 36 George St., and King and George streets, is rooted in the ceremony and traditions of a turn-of-the-century oyster house and cocktail den, according to a news release.

Helmed by Executive Chef Nicolas Quintero (who previously worked at Charleston institutions the Fig and The Ordinary as sous chef), the concept features a rotating daily menu of seafood simply prepared and expertly shucked, drawing from Southern hospitality with a taste of French influence in Lowcountry, the release stated.

The oyster-focused menu explores regional coastal cuisines with seasonally rotating plates alongside an oyster and raw bar selection, according to the release. With a focus on hyper-local vendors and delicacies, guests and locals alike can expect to find the freshest seafood available — the sous chef/head shucker selects the best product of the day straight from Charleston’s fishing boats, offering an immersive experience that can be tasted in the raw bar only kitchen.

Seafood towers and caviar service coincide with signature items such as Stone Crab Claws, which are sourced locally and paired with a housemade dijonnaise, a shrimp roll with celery, Dukes mayo, citrus and jalapeño, the release stated. The hot dish available is cooked a la minute: the steamed local fish is served with a brown butter caper sauce poured on tableside.

The menu is complemented by a beverage program that highlights an extensive 40-bottle wine selection with a focus on coastal Mediterranean wine regions, a selection of rare vintage champagnes, local beer and craft cocktails, according to the release.

The restaurant (pronounced Kwint) is named for the original billiards hall that opened in the same location in 1918, the release stated. Inspired by Charleston’s deep naval history and the aquatic adventures of Jacques Cousteau, the setting includes a 12-seat custom-made marble oyster bar and hand clipped Calcutta marble tile flooring with a custom floral mosaic, designed in collaboration with Method Studios and Stokes Architecture + Design.