It’s been one year since Nephron Pharmaceuticals signed a Pledge to America’s Workers. U.S. Secretary of Education Betsy DeVos visited the company’s West Columbia headquarters on Thursday to witness several other Columbia-area businesses signing the pledge.

Nephron is one of more than 250 companies that signed the promise to boost U.S. jobs by investing in education, training and workforce. Kennedy created a program to hire educators, highlighted recently on NBC News, that has given 650 area teachers part-time jobs. 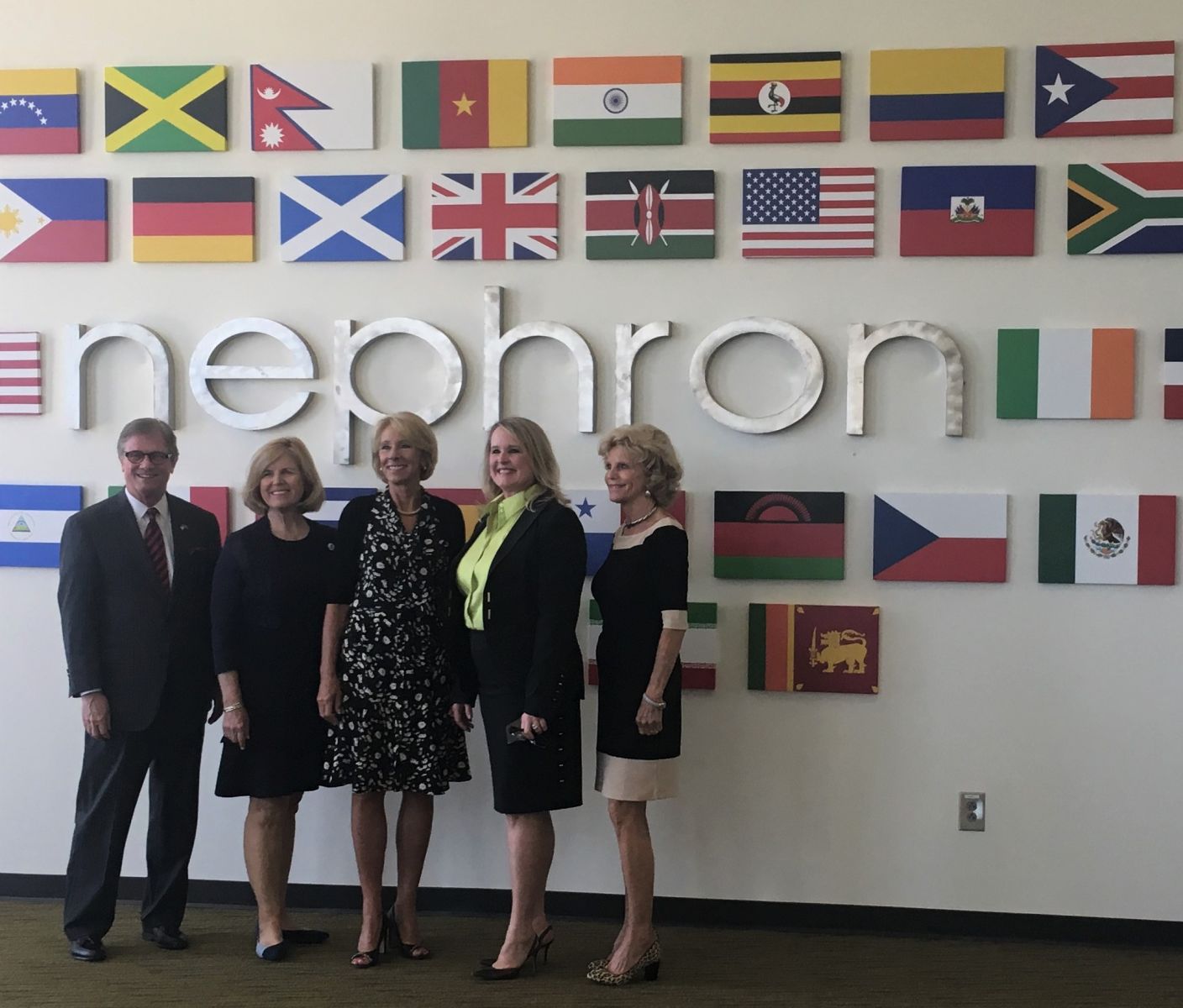 “It’s so meaningful to have the White House recognize South Carolina and what we’re doing in this state,” Kennedy said.

“The opportunities that you have provided are just amazing,” DeVos told Kennedy.

Nephron works with area schools, from elementary through college, and encourages students to visit its headquarters to see jobs they could fill.

“Lou and Nephron Pharmaceuticals have done an amazing job of, first of all, identifying their needs as a company and going out and reaching out into the community, reaching out to the schools, the educators, reaching out on an individual basis for identifying the future employees for the company,” DeVos said. “That’s establishing internship programs, apprenticeship programs that are meaningful and that have a long path to opportunity. I think Nephron has done an amazing job of providing an example for others to emulate.”

Kennedy said that’s why the company signed to Pledge to America’s Workers — to develop and encourage home-grown employees.

“That’s where we start, with the young children, showing them how awesome the jobs are in automated manufacturing,” she said. “We aren’t sweatshops. We aren’t factories of olden days. We have high-level needs and we need to show our children that so they can model what they want to do with their careers earlier in their education path.

“I wanted to make this a place where children came to learn and maybe figure out what their next career move might be.”

DeVos said it’s important to make young people aware of manufacturing and educational opportunities. She praised the design of the Nephron manufacturing facility, which includes plenty of windows offering views of the variety of jobs employees perform and the technology they utilize.

DeVos encouraged other businesses to engage with their communities and local schools to develop future employees. She said that’s the mission of the Pledge to America’s Workers.

“Companies are growing, and they have needs for more qualified and capable workers,” she said. “It’s in everyone’s mutual interest for these pledges to be signed and to provide opportunities for upcoming students and later-age workers to change jobs.”

Kennedy said Nephron is constantly focused on career development — and that it is always hiring.

“We signed (the pledge) a year ago because we recognized that an apprenticeship program and internships are the way we build the skills that we need to hire,” Kennedy said. “I know that my fellow business leaders that signed those pledges in there, many of them already have programs in place, and we’ve all talked about growing that and expanding that. And if we could get every business leader in every community in America to get that involved in the schools and with their future employees, it would revolutionize what we’re doing in terms of employment.”