How to network while working from home: Start with reaching out and contacting folks 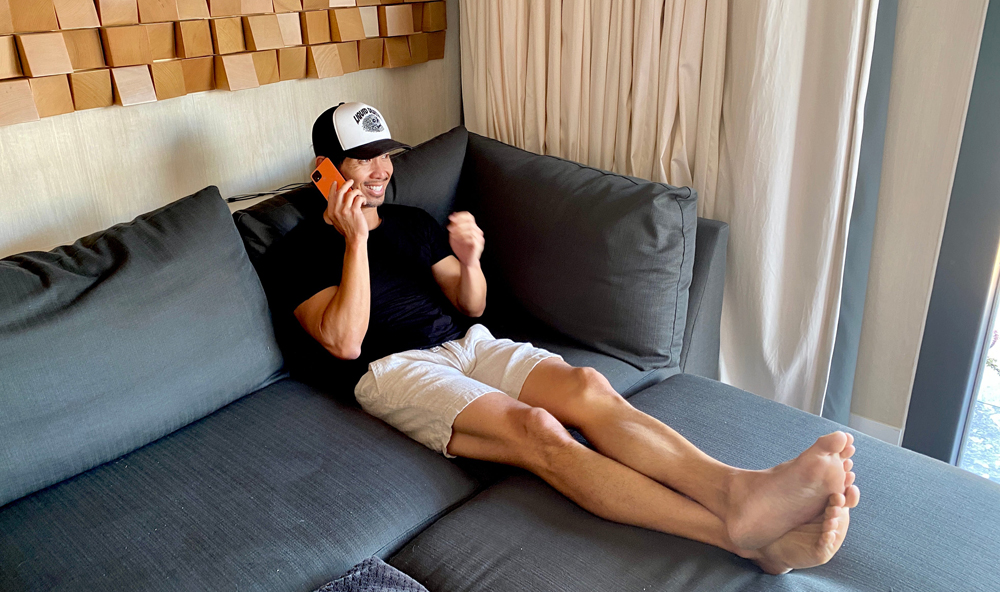 Peter Pham has been calling his contacts lately.

He misses his favorite part of attending conferences: working the room. So, in the middle of a pandemic, he’s keeping touch the old-fashioned way — by reaching out on the phone.

“I randomly dial people,” says Pham, the co-founder of tech incubator Science Inc. He looks to networking to find the next great company to invest in and to attract investors for the companies he works with. “I’m taking more of an effort to say ‘Hi’ and catch up.” Without conferences, he isn’t able to do that just by randomly running into people.

This year alone, major tech conferences like the Mobile World Congress, Facebook and Google developer meetings, the Code conference and National Association of Broadcasters meetings were either postponed or canceled. Apple’s Worldwide Developer Conference, which normally meets in the first week of June, shifted to a digital-only format and will be seen online on June 22.

With people working from home and still needing to find new jobs, get ahead in current jobs and just stay top of mind with contacts, what are people to do?

Jeremiah Owyang, an analyst with Kaleido Insights, believes it is easier to network digitally than in person, because you get wider access to so many more people.

At a conference, “You’ll shake hands, ask for a business card, and hope to connect later online,” he says. “Online, you establish the connection immediately.”

He recommends finding out when the next public business meeting or happy hour is presented online and request attendance. That will put you into contact with other like-minded individuals who can become potential contacts.

How do you find them? Follow the people you’re interested in and, odds are, they’ll mention a meeting in their posts. Additionally, many are listed on Facebook and other social platforms.

Rebecca Leder, a manager at Salesforce and author of an upcoming book on networking called The Knock Method, says networkers should scour LinkedIn, Facebook and Twitter profiles and Google a subject as well before reaching out.

“You have a lot of tools at your fingertips to know about someone,” she says. “You can also find out about mutual contacts and interests, which is an icebreaker.”

Raj Nijjer, a vice president with e-commerce platform Yotpo, suggests engaging with people on social media. It’s simple logic: Who isn’t on Twitter? Who doesn’t want to hear back from people after they post?

“Twitter is the best-kept secret in networking,” Nijjer says. Most people think of LinkedIn first, he says, but on Twitter, beyond the political fighting, “people are more themselves and it’s a great place to meet them,” provided it’s in areas of mutual interest.

How to reach people who seem out of reach? You’re not going to get to Tesla chief Elon Musk or Apple CEO Tim Cook, but down the line, others who work at the company, if they’re posting regularly, are probably willing to engage,” says Nijjer. “Otherwise they’re speaking in a vacuum.”

Leder prefers LinkedIn. “But it depends on the industry,” she says. “Marketing is more vocal on Twitter, but finance might be better for LinkedIn.”

She suggests having an updated profile with a current description, a photo “that looks inviting,” and putting out posts often. Like Facebook and Twitter, LinkedIn also lets you throw out your thoughts, offer links to articles, and show your latest YouTube video or photograph.

The beauty of LinkedIn, says Owyang, is not just the connection, but it also shows the world the people to whom you’re connected, which can boost your profile.

Jay Grammond, a Princeton, Minn.-based photographer, suggests going further and getting involved in specialty groups on LinkedIn, Facebook and Twitter.

“Find groups that focus on your area of interest/expertise and engage in positive conversations with the people in those groups,” he says. “Share your knowledge, and learn from others. Over time, you will likely see that networks will develop.”

Leder and Owyang are also big believers in blogging as a sales tool.

“I post content that attracts people,” Owyang says. “I don’t want to chase them. A unique video, thoughtful analysis, something that we can discuss.”

He has multiple websites, but he always posts to Medium because the website, which is popular with tech insiders, will let you republish your blog post directly there. And because the site is popular, the Medium link carries more weight with Google or SEO, he says, surfacing it for more people online.