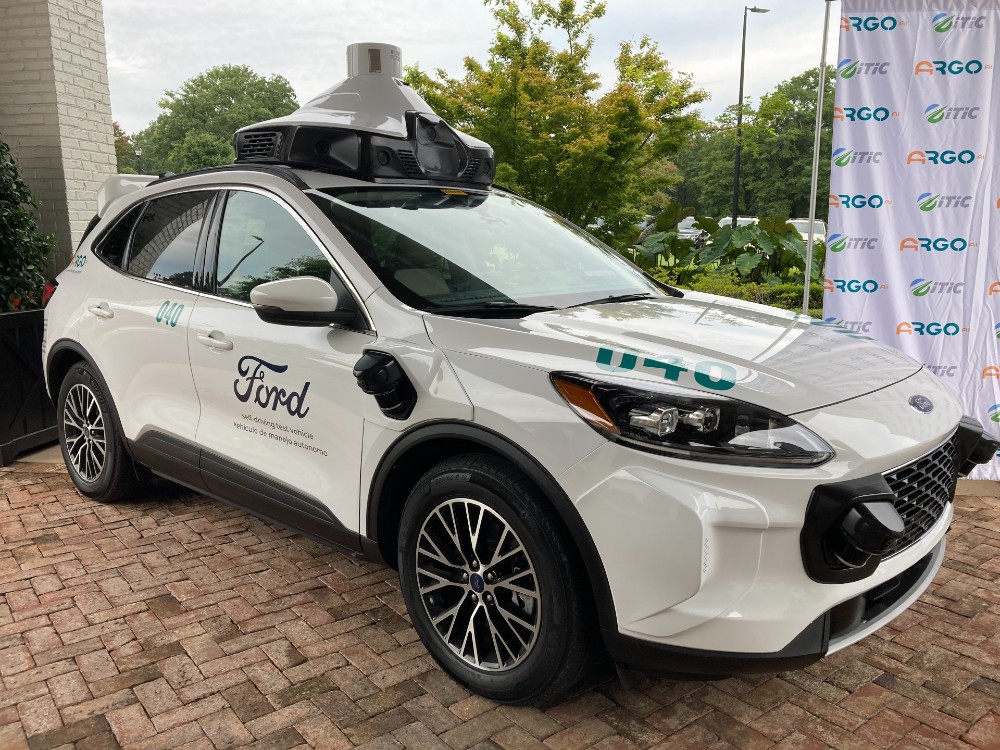 Argo AI is ready to turn loose the horses.

The autonomy products and services company has been testing self-driving cars in urban situations in places like Miami and Austin, Texas, but is drawing closer to its plan of testing the technology’s readiness for high speeds and open roads in Greenville.

The Pittsburgh-based company in April announced plans to invest $2.6 million to establish a test facility at the International Transportation Innovation Center which is located at the S.C. Technology & Aviation Center. The facility includes a one-mile straightaway that will enable the cars to hits speeds up to 70 miles per hour.

Argo AI today displayed one of the vehicles — a Ford Escape — at the Greenville Country Club and told community leaders and news media that the company is making progress on its new test center.

“What Greenville offers is an amazing facility here at SC TAC and ITIC with the capacity for us to test cars at high speeds,” Rander said. “You don’t just do that on the public roadways. You need to do that on what we call a closed course, a test site that allows us to do that. … Yes, it’s taken that long to find the right location, the right place and we’re thrilled to have found the infrastructure and the support and the great welcome here.”

Safety of the technology is the company’s chief concern, he said.

“Argo is a company that wants to bring new technology to the betterment of society – to make safe driving technology safe and accessible and really useful for all,” he said.

Adding the ability to drive on highways expands that capacity of autonomous vehicles to link urban markets with high-demand locations such as airports and warehouses outside the city, the company said in a news release.

Argo plans to create at least 40 jobs as operations ramp up in Greenville, with positions ranging from fleet operations to test operations and engineers.

Read more details about the company’s plans in the Sept. 5 edition of GSA Business Report.