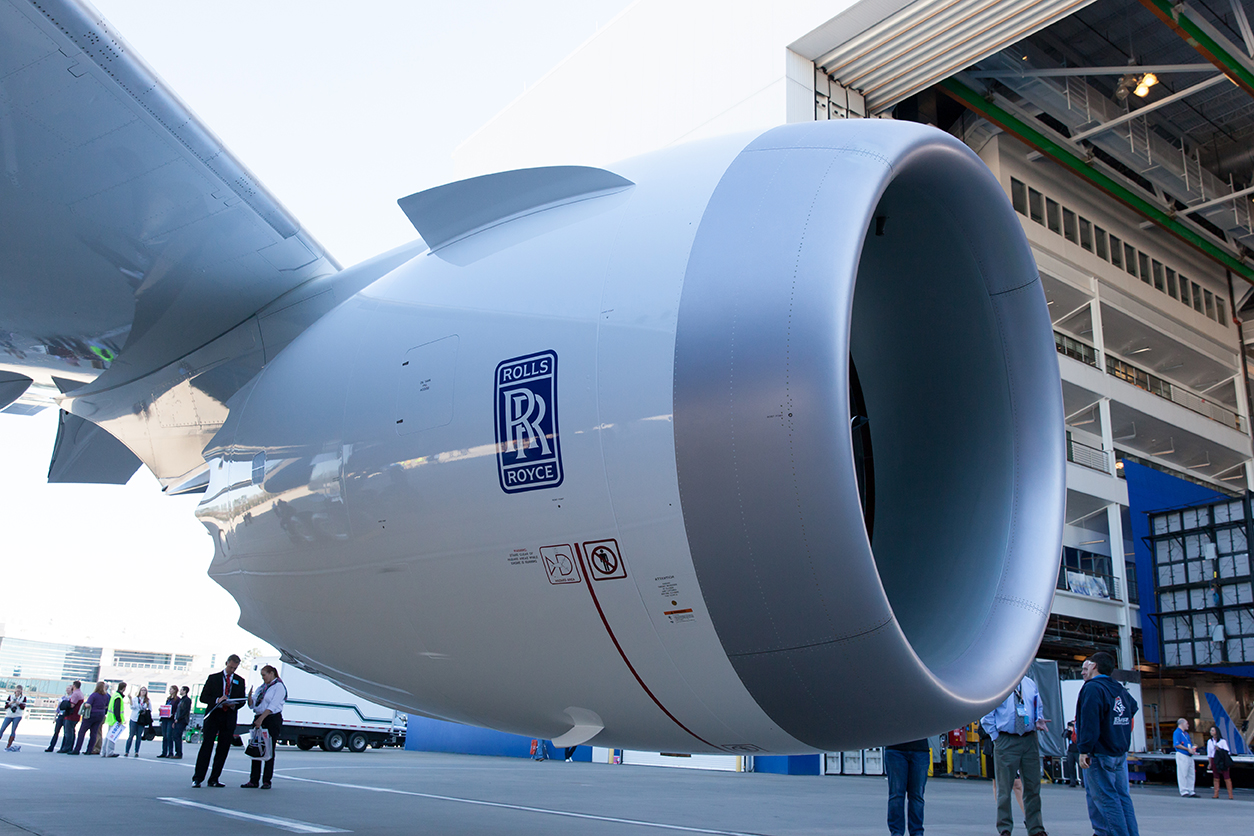 The U.S. Supreme Court has agreed to hear a case involving a fire at Boeing’s final assembly plant in North Charleston.

The case could end up significantly changing the way companies that do business internationally resolve their disputes, not just in the United States, but across the globe.

Servotronics, an American parts-maker, supplied valves to Rolls-Royce, a British maker of jet engines, for use in an engine that was later installed on a Boeing 787-9 Dreamliner.

Boeing makes three models of Dreamliners, but all come through the company’s operation in North Charleston as part of Boeing’s global supply chain. The 787-9 is the mid-sized version of the widebody jetliner.

When a customer buys a plane from Boeing, they have several options to choose from, including which engine to purchase for the aircraft. Boeing offers General Electric and Rolls-Royce engines for the Dreamliner.

During testing, the engine caught fire, seriously damaging the plane. Rolls-Royce settled Boeing’s claim for damages and then sought $12.8 million in compensation from Servotronics, contending that the valve had malfunctioned during the test and caused the fire.

In their contract, Servotronics and Rolls-Royce agreed to resolve any disputes via private arbitration in the United Kingdom. To support its defense, Servotronics asked a federal judge in South Carolina to allow the service of subpoenas on three current or former Boeing employees residing in the state.

Servotronics based its request on a federal statute, known as Section 1782, which gives federal judges the power to order anyone residing in their district to give testimony or turn over documents “for use in a proceeding in a foreign or international tribunal.”

The law doesn’t say what counts as a “tribunal,” however, and District Judge David C. Norton denied the request, citing cases from other jurisdictions which have held that private arbitration doesn’t count as a tribunal for the law’s purposes.

But in March 2020 the 4th U.S. Circuit Court of Appeals reversed that ruling, saying that the statute does indeed apply to international arbitration. Judge Paul V. Niemeyer, writing for a unanimous panel, noted that Congress amended Section 1782 in the 1960s, removing the terms “judicial” and “court” and replacing them with “tribunal.”

“The current version of the statute … thus manifests Congress’ policy to increase international cooperation by providing U.S. assistance in resolving disputes before not only foreign courts but before all foreign and international tribunals,” Niemeyer wrote. “This policy was intended to contribute to the orderly resolution of disputes both in the United States and abroad, elevating the importance of the rule of law and encouraging a spirit of comity between foreign countries and the United States.”

The ruling created a split between the 4th Circuit and other federal circuits, which have come to the opposite conclusion. That split grew even wider in September of last year when the 7th U.S. Circuit Court of Appeals — which hears appeals from Illinois, home of Boeing’s international headquarters — unanimously rejected the 4th Circuit’s reading of law and upheld a district court’s ruling refusing to compel Boeing to hand over certain documents.

The two appellate panels had been evaluating the exact same set of facts in reaching their completely opposite conclusions, so it was little surprise when the U.S. Supreme Court announced March 22 that it would agree to hear the case and settle the controversy definitively.

Whichever way the court comes down, its decision will have profound ramifications for the practice of international arbitration.

Arbitration is designed to be faster and cheaper than litigation, and parties are typically very constrained in their ability to compel the production of testimony or documents compared to what would be possible in litigation in the United States, where the rules permit a great deal of discovery. This is, in fact, often part of what companies find attractive about arbitration.

But a ruling in Servotronics’ favor would greatly enhance the ability to conduct U.S.-style discovery in international arbitration, which could have implications for businesses in the U.S. Few companies, particularly manufacturers, rely solely on U.S. made materials for their supply chains.

Indeed, Rolls-Royce and Boeing argue that if the law were read in such a way, the odd result would be that parties could obtain broader discovery in the United States as part of a foreign arbitration proceeding than they could if they were participating in a comparable domestic one.

In the 4th Circuit’s ruling, Niemeyer pooh-poohed such concerns, saying that the disparate treatment between foreign and domestic arbitration “is the result of Congress’ purposeful decision to authorize U.S. district courts to provide assistance to foreign tribunals as a matter of public policy,” and the Supreme Court has ruled that judges have the discretion to reject requests for Section 1782 assistance that are unduly intrusive or burdensome.

Truth, arbitration and the American way

The case is also significant because international arbitration has become an increasingly popular way for companies to settle disputes. Catharine Arrowood of Parker Poe in Raleigh, who has practiced international arbitration law for decades, said that it’s often the only practical and reasonable means for companies in two different countries get their disputes resolved since it’s quite often easier to get a judgment from a private arbitration panel enforced in other countries than it is to get a court in one country to enforce a judgment from a court in another country.

But as international arbitration has become more common, the process has also become more Americanized.

Increasingly, companies have retained attorneys that are more experienced in U.S.-style litigation and aren’t as accepting of arbitration’s limitations on discovery, Arrowood said. As a result, U.S. courts have had to answer more questions about the limits of Section 1782 in recent years because companies are increasingly seeking to use it to expand the scope of discovery. Attorneys are looking forward to the Supreme Court finally providing some clarity on these issues.

“The use of this statute to try to get more discovery in the U.S. has been maturing as disputes about its use have made their way through the courts,” Arrowood said. “I think this is a very, very important case, and it will be interesting to see what the Supreme Court does with it.”

Oral arguments before the Supreme Court have yet to be scheduled, but are likely to take place sometime this fall, and the court’s ruling would most likely come down sometime in early 2022.