From 2004 to 2007, Sheila Moore made a lot of connections during her time with Sara Lee Corp. in Greenville.

Those connections has led Moore back to Greenville as she plans to locate a new arm of Moore’s Food Resource to Augusta Grove, south of Greenville. The manufacturer of all-natural foods announced plans to move into a 132,000-square-foot facility at the industrial park during the Greenville Area Development Corporation’s annual lunch. 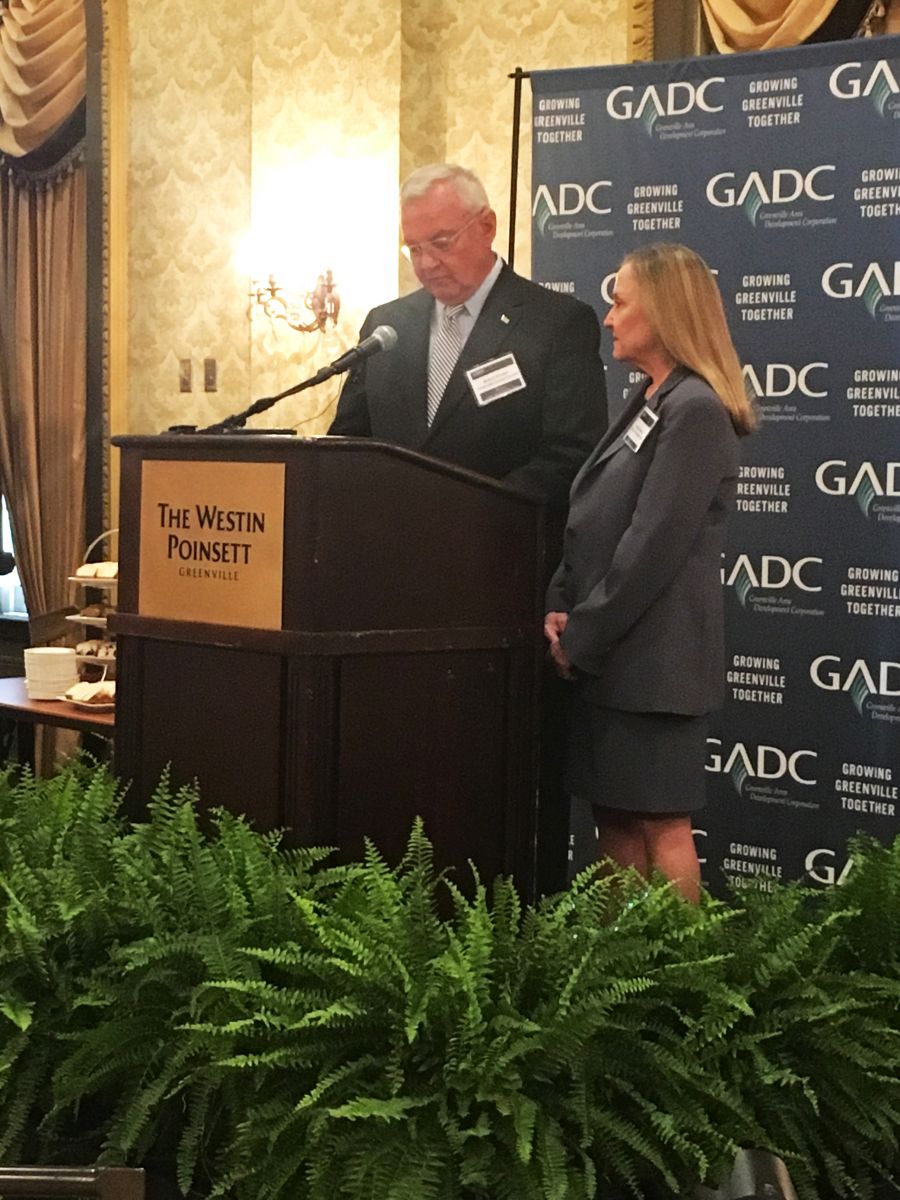 “The equipment for that has to be ordered and there’s a long lead time,” Moore said.

Moore’s Food Resource develops “farm-to-table foods and dessert baked goods” under the brand name of Sheila Moore’s Gourmet Recipes™. According to its website, the company has products that include beet waffles and Moore said there are other food products derived from the company’s original lemon and blueberry loaves.

The new facility with include the production of six products as well as a research and development team.

“We can create more products as we go,” Moore said.

She said the products contain no more than 10 ingredients and are around 700 calories each.

Following her time with Sara Lee, Moore said watching the Greenville facility close and workers losing their jobs in 2009. She said she hopes to reconnect with some of those former Sara Lee employees with this new facility.

“When I came to Greenville, I saw a lot of people were I used to work with and it just broke my heart,” Moore said. “I already saw one person I recognized and I thought ‘there’s one.’”

Moore said she already has two sales representatives on staff and plans are to begin hiring for the new positions in the third quarter of 2017.

"Moore's Food Resources adds to the already-diverse landscape of specialty food products made right here in South Carolina, and the addition of this business brings important opportunities for our farmers,” said Hugh Weathers, state agriculture secretary, in a news release.