Additionally, Synalloy presented the board of Universal Stainless & Alloy Products Inc. with a proposal to merge the two companies, which was rejected, according to a news release.

In a filing with the Securities and Exchange Commission, the Universal Stainless board said the merger proposal was “not in the best interest of the company and its shareholders.” The Universal board said Synalloy undervalued its stock and that any collaboration between the two companies was overstated. 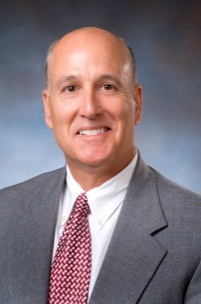 Craig Bram, president and CEO of Synalloy, said combining the two companies will create value and save money for shareholders.

While specific terms of the proposed merger were not released, the Universal Stainless board said Synalloy purchasing the assets of Universal Steel then leasing them back to complete the transaction was “unacceptable.”

“We believe there are more effective uses of capital than owning manufacturing real estate,” Bram said. “Our proposal would have Universal Stainless shareholders receiving a cash payment equal to about 60% of the sale-leaseback proceeds, with the balance used to retire debt.”

Bram said the market cap of the company pro forma would “easily place the company in the Russell 2000. He added Synalloy was “open to discussing the exchange ratio” of the proposal.

Synalloy is based in Richmond, Va., with a shared corporate office in Spartanburg. It has operations in Ohio, Pennsylvania, South Carolina, Tennessee and Texas. It is a holding company with metals and chemicals companies under its umbrella.