Manufacturing jobs have been on the decline for the last few months in the Greenville-Anderson-Mauldin metropolitan statistical area. Hiring is up in the sector that includes temporary workers. Meanwhile, exports are down.

It’s not much to go on yet, says Clemson University economist Bruce Yandle, but it’s raising concerns about the effect a trade war with China is having on the economy. 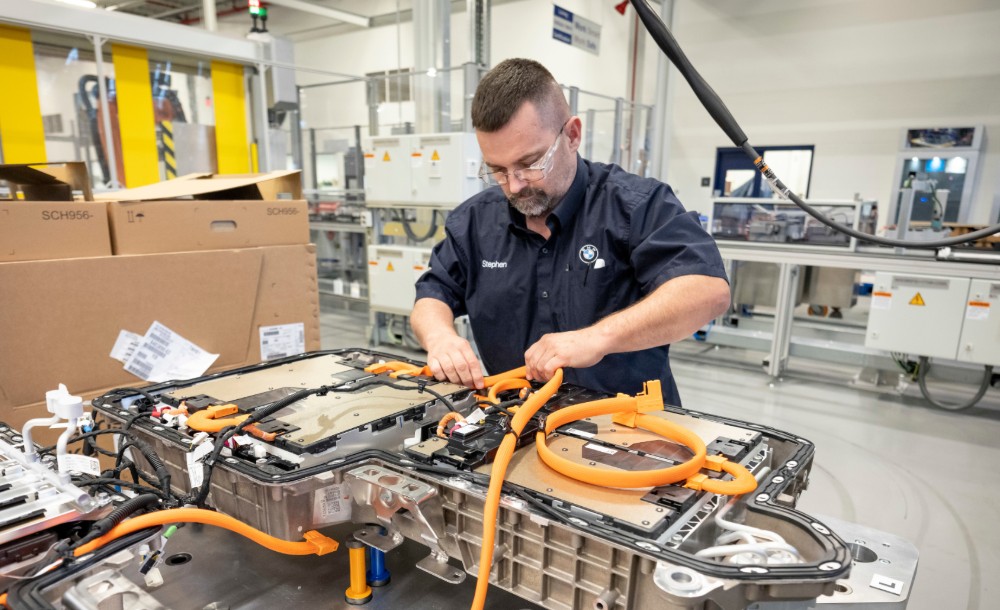 “Unfortunately, with limited data on the Upstate or even for the state in some cases, I cannot offer excellent answers,” Yandle said in an email. “But first consider manufacturing employment growth for Greenville-Anderson-Mauldin. The growth rate has been negative — job losses — since May 2019 and continuing negative through July, which is the latest reading.”

Statewide, it’s different, he pointed out. Manufacturing employment has been growing, including in Spartanburg County, where more than 10,000 people work in the BMW Manufacturing plant.

“For Greenville-Anderson-Mauldin, I watch the growth of employment in professional and business services, which includes temporary workers, as a proxy for pessimism about the future for manufacturing,” Yandle wrote. “Positive growth indicates pessimism if manufacturing employment is falling. The growth in professional and business services employment for the G-A-M (Greenville-Anderson-Mauldin) area turned strong positive in July.”

Yandle said the national purchasing managers’ index, better known as the PMI, went into negative growth territory when the August numbers were posted, affected significantly by a sharp decline in exports. And exporting industries are the ones most affected by the U.S.-China trade war, he said.

“Probing a bit on this point, I checked data on shipments through the Port of Charleston,” he said. “Export shipments were down 2.3% in June, relative to the month before. For the year, January 2019-June 2019, export shipments are down 2.5%. But get this, vehicle shipments — read BMW — are down 15.9%, January through June 2019.”

BMW and Mercedes together accounted for 57% of the 230,115 vehicles exported to China from the U.S. in 2018, according to Automotive News, and X-models built in Spartanburg were 12% of the company’s China sales.

Phil DiIanni, corporate communications manager for BMW of North America, said he does not yet have export numbers for 2019, but added that an export decline may not be caused by tariffs.

“I think it’s important to note that any change in export volume – increase or decrease – wouldn’t necessarily be related to tariffs,” he said in an email. “There are many factors that determine export volume — chief among is market demand. I can tell you that export volumes were down in 2018 as compared to 2017 due to the added local production of the X3 in China, which decreased the need to export the X3 (from South Carolina), and some model changeover.”

But Yandle thinks the new numbers may be related to the tariff battle between China and the United States.

“It seems to me we have serious trade war effects in the U.S. automotive industry,” he wrote. “The latest state leading indicator data for July, published by the Federal Reserve Bank of Philadelphia, show Michigan, Delaware and Kentucky — three heavy auto states — entering the equivalent of a recession in six months. The same leading indicator data for South Carolina and each of the Southeastern states show continued solid growth.”

BMW recently reported that domestic sales are strong for Spartanburg-made BMWs and other models.

“We are happy to say that demand for BMW product in the U.S. remains strong,” Bernhard Kuhnt, president and CEO of BMW of North America, said in a news release. “In addition to our sports activity vehicles, customers are enthusiastic about our increased offerings in the luxury segment — including the newly-updated 7 Series and all-new 8 Series.”

Light trucks include the South Carolina made models X3 through X7, DiIanni said, while industry standards classify the X-1 and X-2 as passenger cars.

Dan Ellzey, executive director of the S.C. Department of Employment and Workforce, did not offer comment on the Greenville-Anderson-Mauldin area specifically, but he wrote in his July employment report, which was released Aug. 16, that people are entering the workforce in record numbers and employers are hiring in record numbers.

“As we experience this positive growth, manufacturing in the state has grown by 3.6% since July of 2018,” he said in the statement. “In the past year, the manufacturing industry has added more than 9,000 jobs with more than 1,900 of those jobs added in the past month. While this strong growth is encouraging, manufacturers are still anxious to hire, and our agency is meeting with employers around the state to develop creative solutions and programs to find, train and prepare individuals for all of South Carolina’s industries.”

The federal Bureau of Labor Statistics showed 58,900 manufacturing jobs in the Greenville-Anderson-Mauldin area in February and the number was down to 56,300 in June.

“You ask when might we be in trouble and what might we do about it,” Yandle wrote. “With almost 90% of the economy driven by consumer activities, we will be in trouble when they decide to cut back. Recent confidence indicators suggest that may be in the formative stages.  The latest round of China tariffs began to hit consumers on Sept. 1. What can we do? We can continue to oppose national policy that imposes taxes on U.S. consumers as a way to punish China or any other trading partner.”

Why would we oppose Tarrif's if consumer prices are going down based on this information from the US Federal Bureau of Labor Statistics? https://www.bls.gov/news.release/pdf/ximpim.pdf Prices for U.S. imports fell 0.5 percent in August following a 0.1-percent increase in July and a 1.1-percent decline in June. With the exception of the August and June decreases, U.S. import prices advanced in each month of 2019. Despite the increases, the price index for U.S. imports declined 2.0 percent from August 2018 to August 2019. (See table 1.) Fuel Imports: Import fuel prices decreased 4.3 percent in August, after rising 0.7 percent the previous month. Prices for import fuel fell 11.1 percent over the past 3 months. In August, lower petroleum prices more than offset higher prices for natural gas. The price index for import petroleum declined 4.8 percent, after increasing 0.9 percent the previous month. Fuel prices decreased 8.7 percent over the past 12 months; prices for import petroleum fell 9.6 percent over the same period. The price index for natural gas imports rose 16.0 percent in August, after declines in each of the previous 4 months. Despite the August increase, natural gas prices fell 6.1 percent over the past year. -0.4 0.1 0.5 -1.6 -1.4 0.2 1.0 0.6 0.2 0.2 -1.1 0.1 -0.5 3.8 3.1 3.4 0.7 -0.9 -1.5 -0.7 0.1 -0.2 -0.9 -2.0 -1.9 -2.0 -4.0 -3.0 -2.0 -1.0 0.0 1.0 2.0 3.0 4.0 5.0 Aug'18 Sep Oct Nov Dec Jan Feb Mar Apr May Jun Jul Aug'19 1-month percent change 12-month percent change Transmission of material in this release is embargoed until 8:30 a.m. (EDT) Friday, September 13, 2019 Technical information: (202) 691-7101 • MXPinfo@bls.gov • www.bls.gov/mxp Media contact: (202) 691-5902 • PressOffice@bls.gov USDL-19-1598 2 All Imports Excluding Fuel: Prices for nonfuel imports were unchanged for the second consecutive month in August following 0.3-percent decreases in both June and May. In August, lower prices for foods, feeds, and beverages and nonfuel industrial supplies and materials were offset by price increases for automotive vehicles and consumer goods. Prices for nonfuel imports declined 1.0 percent over the past 12 months, led by price decreases for industrial supplies and materials and capital goods. Nonfuel Industrial Supplies and Materials: The price index for nonfuel industrial supplies and materials fell 0.3 percent in August, after ticking up 0.1 percent in July. The August drop was driven by decreases in prices for chemicals, textiles, and lumber, which more than offset higher unfinished metals prices. Finished Goods: Finished goods prices were mostly up in August. Consumer goods prices ticked up 0.1 percent following a 0.2-percent advance in July. Prices for automotive vehicles ticked up 0.1 percent following a 0.2-percent drop the previous month. The price index for capital goods was unchanged for the second consecutive month in August. Lower computer accessories, peripherals, and semiconductors prices offset higher prices for telecommunications equipment. Foods, Feeds, and Beverages: Import foods, feeds, and beverages prices fell 0.3 percent in August, after a 0.5-percent drop in July. The August decrease was driven by a 9.4-percent decline in fruit prices.