Auria is putting $12.4 million into expansion plans at its Spartanburg plant, a project the company says will create 103 new jobs.

The 85,000-square-foot plant currently employs about 100 people, according to the business information database Buzzfile.

The company makes interior and flooring products that can be found in vehicles made by BMW, Rolls Royce, Jaguar, Land Rover, Mercedes-Benz, Porsche, Ford, GM and Jeep, the company website says.

The expansion at 1 Austrian Way in Spartanburg, will increase the Auria’s operating capacity to meet growing demand, according to a news release from the S.C. Commerce Department. The expansion will take place in increments over the next two years. 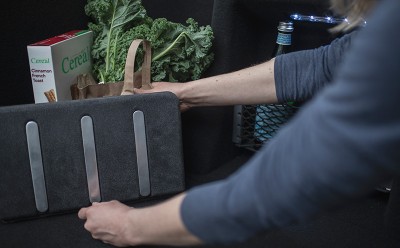 “We are proud to be able to grow our business and build on our future at the Spartanburg plant,” Auria Vice President of Operations Mike Van Booven said in the news release. “We know we can continue to count on Spartanburg’s talented, dedicated workforce to help us deliver best-in-class automotive products to our customers.”

The Spartanburg County Council in July approved a property tax reduction for Auria.

“Auria’s expansion showcases their success in Spartanburg, and the business-friendly environment found in our county that has attracted investments from all across the globe,” Spartanburg County Councilman David Britt said in the release. Britt is chairman of the county’s Economic Development Committee.

Auria provides interior and exterior components and systems designed to reduce cabin noise and improve overall driving comfort and convenience, the company said in an earlier announcement. Products include acoustical insulators and compression-molded flooring products as well as other interior soft trim products, such as package trays, trunk trim and wheel arch liners.

The company has locations in Asia, Europe and North America. Ten U.S. sites include the one in Spartanburg and three in North Carolina, according to the Auria website.