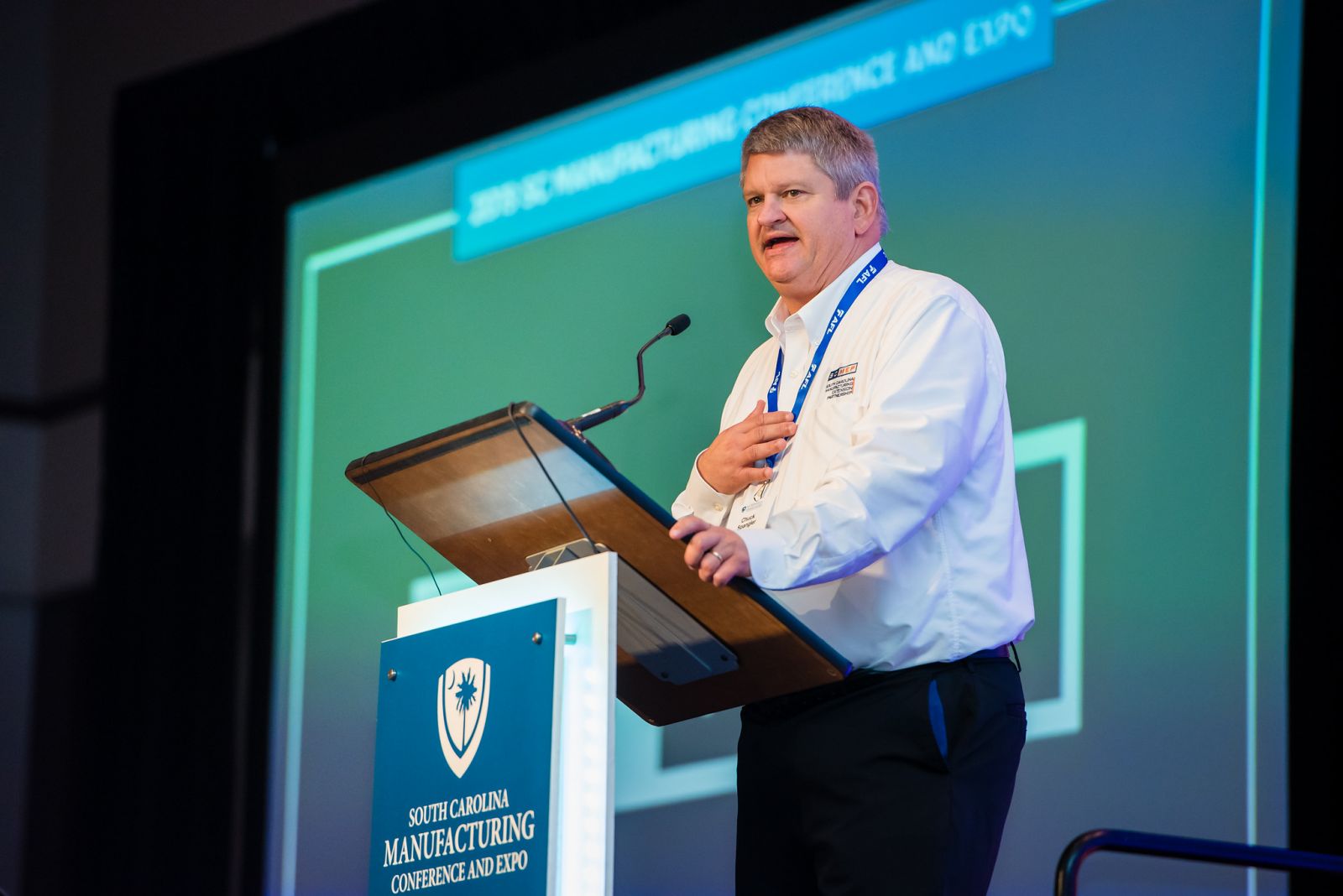 Chuck Spangler, CEO and president of the South Carolina Manufacturing Extension Partnership, succumbed to complications of COVID-19 on Friday at a North Carolina hospital.

In his role at the helm of SCMEP, Spangler was a workhorse on what elected officials and economic developers call Team South Carolina — those public and private players who advance business in the state. On that team, Spangler’s organization had a far-reaching impact fueled by its leader’s enthusiasm for the mission: “Helping South Carolina companies grow.”

And Palmetto State companies did grow. An independent analysis put SCMEP’s economic impact on the state at $3 billion in 2020, according to the organization’s website. That included $2.5 billion in retained sales, $165 million in cost savings, $250 million in new investments and $90 million in new sales. SCMEP served 400 manufacturers, creating 641 jobs and retaining 6,458.

Beyond the numbers, according to some of the people who worked with him, Spangler was a big man with a servant’s heart and a deft touch, a leader who motivated his staff to serve a cause, to get results and to leave clients better off.

Danny Johnson Jr., who rotated off chairmanship of the SCMEP board of directors at about the same time Spangler contracted the coronavirus, said his friend’s death is “a tremendous loss for this state.”

“This is one that has weighed heavily on me because the thing about him that made him so different is that he treated everyone the same,” said Johnson, vice president of North Industrial Machine, headquartered in Hartsville. “It didn’t matter if he was dealing with BMW or if he was dealing with a little ol’ manufacturer with one or two employees. He wanted to help the big ones and the small ones. As long as you were in industry, he was there to advocate for you.”

Aside from his enthusiasm, Johnson said Spangler was simply very good at his work.

“He understood the way state government worked and federal government. He really knew how to navigate that stuff,” Johnson said. “I’ve never seen anybody that could navigate the system the way he could to really use the system in a way that benefitted so many people. He was a rare talent.”

Spangler, an alumnus of N.C. State University, said in his biography on the SCMEP website: “I believe that when your eyes and ears are open, you can learn something new every day.”

In his career, Spangler assisted and trained thousands of manufacturers around the country, helping improve their operations and financial performance, the website says.

Survivors include his mother, three sons, and his wife of 37 years, Sabrina Gibson Spangler.