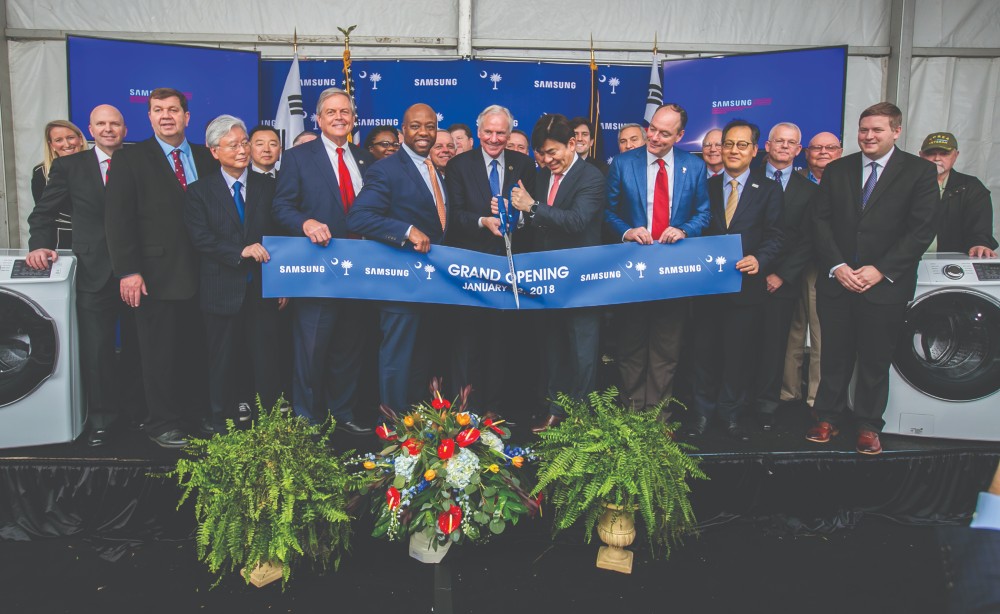 In the five years since opening its first U.S. home appliance manufacturing facility in 2017, Samsung has invested nearly $500 million in the Newberry County plant.

That total exceeds the $380 million planned investment, according to a news release from the company.

Samsung has also hired more than 1,500 employees from Newberry and surrounding counties since the facility’s 2018 grand opening celebration.

“We are so excited to grow our initial investment in Newberry County and the state of South Carolina,” Thomas Komaromi, general counsel of Samsung Electronics Home Appliances America, said in the release. “The family we’ve built in this community has been incredibly supportive, and we know we’ll be developing new home appliances together for generations to come.”

The 450,00-square-foot facility, housed in the former Caterpillar plant, produces washing machines.  Announced in June 2017, the Newberry facility added 151,000 square feet to the site and installed two manufacturing and assembly lines with 20 presses and 30 injection molding machines. A second production line was added in March 2018.

At the time of the Newberry opening, Samsung said it planned to produce 1 million washing machines at the plant in 2018 and to hire 954 people by 2020.

Since manufacturing began in 2018, Samsung has produced more than 4 million washing machines that have been shipped across the U.S., the release said.