Kentwool, which got its start in Greenville in 1843, recently named Justin Ferdinand its new chief operating officer.

Before making the hire, Kim Kent, CEO of Kentwool, spent time assessing all lines of business under the Kentwool brand, a Kentwool news release stated. 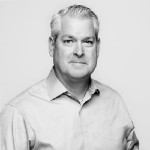 Ferdinand joined Kentwool in December 2021 as president of the Performance Division, according to the release. Kentwool has adapted to an ever-changing industry for the last 179 years, and to continue doing so, it was necessary to refine its strategic operations process, the release stated.

Ferdinand, who has a background in manufacturing operations and data-driven decision-making, was an immediate contender, according to the release.

“Through conversations about his assuming this dual-role, and the support of an experienced team, I knew his empowering leadership style would help position Kentwool for its next phase of growth in the wool market,” Kent said in the release

Kentwool’s long history of family ownership and brand reputation is what initially captured Ferdinand’s interest and led him to join the team, the release stated.

After working with the Performance Division to successfully define strategic direction and implement an execution plan, he’s ready to bring his efforts to the Manufacturing Division, the release stated. Ferdinand will focus on expanding the company’s commitment to employee safety, optimizing production process, and promoting a one-team mindset through continual collaboration and employee appreciation.

Over the next five years, Kentwool Performance expects to expand product lines and break into the outdoors market, the release stated. Kentwool Yarn plans to continue its 179 years in business by aligning with macro-economic trends and remaining the preferred source for worsted wool yarns.

“The potential is enormous,” Ferdinand said.

Kentwool, whose production facility is in Pickens, is the only company in America and one of just 66 in the world to receive the Usterized Quality Certification, indicating the highest level of quality assurance in yarn production, according to the release.