In front of bright lights and television cameras, members of various nonprofit organizations cheered their groups and the start of the fifth annual Midlands Gives campaign in the lobby of the S.C. State Museum.

Beginning at 4:30 a.m., Midlands Gives was online and ready to take donations for one of the 372 non-profits participating in the annual day of philanthropy. The event, now in its fifth year, has raised more than $5.5 million for nonprofits in 11 Midlands counties. 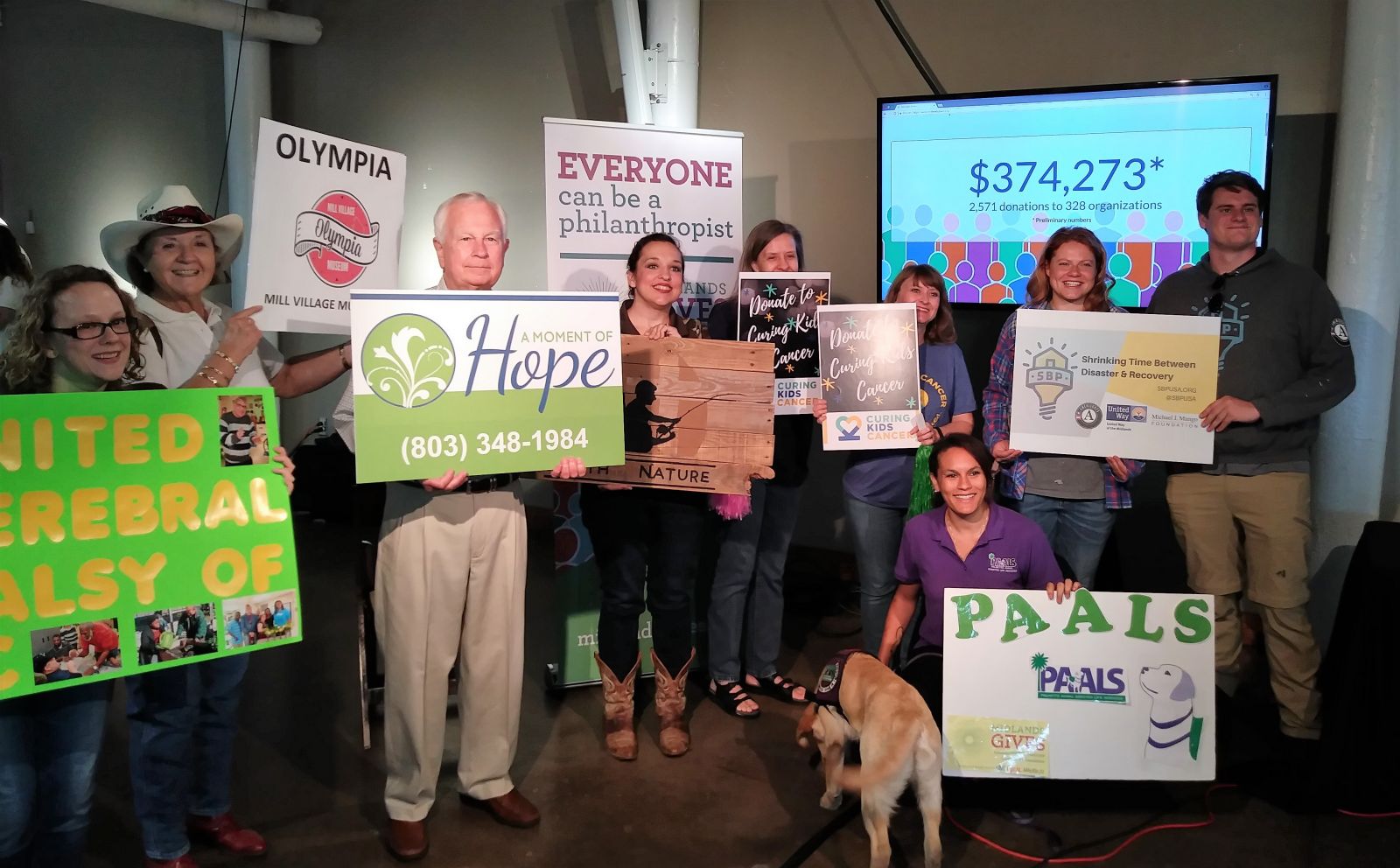 “It’s expensive to run a nonprofit, and raising money is especially difficult,” said JoAnn Turnquist, president and CEO of Central Carolina Community Foundation, the campaign’s host. “It only takes $20 to be a philanthropist.”

That’s the minimum contribution per organization. Turnquist said nonprofits especially struggle getting first-time donations, but noted that in 2017, 46% of Midlands Gives donations came from first-time donors.

One of the groups on hand Tuesday morning was Curing Kids Cancer, a Georgia-based organization that raises money for pediatric cancer research and treatment and contributes to Palmetto Children’s Hospital.

“Midlands Gives gives us the opportunity to reach out to people that may not know about our charity,” Janvrin said. “Our donations go toward Palmetto Children’s Hospital to help kids fighting cancer.”

Pamela Chalfant, a volunteer for Curing Kids Cancer, hoped bringing awareness to childhood cancer would increase funding for the fight. Another volunteer, Kate Chalfant, said it’s hard for people to think about childhood cancer, which makes it harder to get the volunteering and attention the issue needs.

Along with the funds being raised, Turnquist said each organization is given the opportunity to participate in training programs where CCCF and nonprofit education program Together SC help organizations utilize tools and resources to meet their giving-day goals.

In addition to individual donations, state corporations are contributing incentive prizes that total more than $57,000.

By 4 p.m., donations had topped the million-dollar mark, with almost 9,400 contributions to 360 organizations.

Donations can be made until midnight at www.midlandsgives.org.