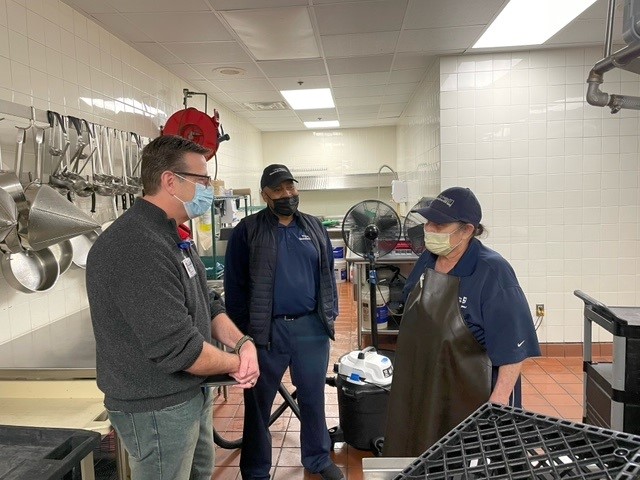 Donating to Goodwill isn’t just about giving used belongings a new life; it’s about giving people a second chance too.

That’s according to Brian Itzkowitz, the new president and CEO of Palmetto Goodwill.

“The stories and being able to see how Goodwill can change the trajectory of someone’s life – that’s what gets me going every day,” Itzkowitz said. “Let’s go out, and do good. That’s in our name; it’s what we do, so the more people that know that and support it is the more that we can do.”

Itzkowitz stepped into his new role late October. Previously, he served as chief member advancement officer at Goodwill Industries International, where he oversaw a network of 156 local nonprofit Goodwill organizations across the U.S. and Canada.

Coming into the Lowcountry, Itzkowitz will lead the Palmetto Goodwill team in its Community Impact 2025 plan, a three-year roadmap to focusing on the organization’s four-pillar mission of “helping people achieve their full potential through the dignity and power of work.”

These pillars include employment, sustainability, innovation and communication.

Honing in on such a focus comes on the heels of a job climate where employers are having difficulty securing talent to keep up with open positions.

What filling that need looks like for Palmetto Goodwill includes providing training and certification programs for its employees who work on the store floor, as well as others in the community, to quickly transition people into high-paying and high-demand jobs.

A facet of this plan includes building on partnerships with other companies, creating a pipeline for employment as training programs can be tailored with and for the specific employer.

By 2025, Palmetto Goodwill aims to have created 60 of these employer-partnered training programs. So far, they’re at 10.

“It’s about just building a truly inclusive organization that gives everybody a sense of belonging and gives everybody an opportunity to thrive and live their best life,” Itzkowitz said. “That’s what I want for anybody who comes in contact with us, so that’s my big personal goal, to help us be that place.”

Other forms of community outreach will include a mobile Career Opportunity Center to help those who don’t have the means to access resources, amping up education efforts, as well as possible plans to address local recidivism rates further down the line.

“We’re also making it a major focus to connect with the public, so people really understand how their donations are helping change lives and communities,” Itzkowitz said.

According to Itzkowitz, between 86%-90% of funds from Goodwill customers and donors go back into services and programs. Using these funds, the organization hopes to grow its job placement numbers within the next few years, especially to recover from the period of the pandemic where placements were put on pause.

“We’re all about second chances,” Itzkowitz said. “We’re giving the things that people used to love a second chance; we’re giving people that may have made a mistake or had some sort of barrier another opportunity to reinvent themselves.”

As the new CEO and president, Itzkowitz’s other responsibilities will include expanding community partnerships, growing resources and mission services, and continuing financial stability.

In previous positions, he has earned numerous professional recognitions, including the Goodwill Industries International Advocacy Leader Award and Arkansas Business Nonprofit Executive of the Year. He was past board of directors’ chair for the international organization, the governor-appointed chair for the Arkansas Workforce Development Board’s planning committee, and co-founder of the Arkansas Autism Foundation. He holds a bachelor’s degree from the University of Miami in international finance and marketing.

Since 1979, Palmetto Goodwill has supported its 18-county territory through 31 thrift stores and donation centers, 12 Career Opportunity Centers and 14 commercial contracts.