John Powell, current executive director of the Southeastern Wildlife Exposition, has been named the nonprofit organization’s next president and CEO, effective July 1.

Powell will succeed Jimmy Huggins, who will retire and transition into a consultant role for the staff and board, according to a SEWE news release. 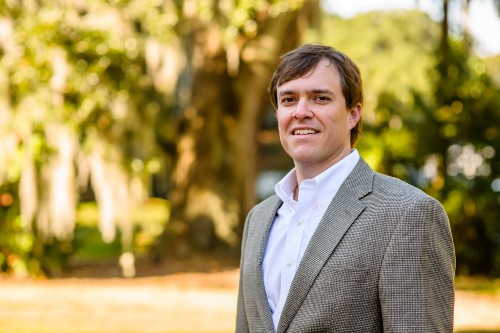 Powell has been a part of the SEWE team for more than a decade and has helped grow the nonprofit into the nation’s premier wildlife art show and the largest event of its kind in the U.S., the release stated. He first joined the organization in 2007 and assumed the position of executive director in 2011.

During his tenure, he has gained extensive experience in senior management and leadership. He has guided the strategic development of the national event and overseen the organization’s day-to-day operations, which involves collaborating with SEWE’s corporate partners, coordinating the show’s exhibitors and executing site layouts for venues, according to the release.

“John has been a valuable member of the SEWE team for many years, and as Executive Director has earned the full support and respect of our Board,” Neil Robinson, chairman of the SEWE board of directors, said in the release. “We have total confidence that John’s energy and enthusiasm will effect a seamless transition following the stellar leadership of Jimmy Huggins. As outgoing President and Founding Board Member of the nonprofit, the Board has elected Jimmy an Emeritus Member of the Board.”

“The Southeastern Wildlife Exposition is a stalwart for Charleston and the state of South Carolina, and it has been built each year and over time by an army of dedicated staff, corporate and vendor partners, and loyal attendees,” said Powell in the release. “While I count myself fortunate to be a steward and serve an extraordinary Board of Directors, SEWE belongs to the region and state which it supports through its mission each year.

“SEWE and Charleston have changed over my 17 years with the organization, and our challenges are similar — evolution without losing sight of what makes it truly special. I look forward to the future of SEWE and working with a dedicated team to support wildlife art and conservation initiatives, while providing a profound economic impact to the region and state of South Carolina.”

SEWE began in 1983 as a way to encourage locals and visitors to enjoy the Charleston area, support community attractions and celebrate the great outdoors, according to the release. Over the past four decades, the event has become a staple on the Southeast’s calendar and the unofficial kick-off to tourism season in the Lowcountry, occurring annually in Charleston over Presidents’ Day Weekend. SEWE has grown exponentially in its 40 years, from 5,000 attendees in 1983 to 50,000 attendees in 2022.