Ten at the Top names new head of entrepreneur program

Craig Scharton is taking over responsibility for Ten at the Top’s entrepreneurship initiatives, commonly referred to as the Upstate Entrepreneur Ecosystem.

He replaces Erin Ouzts who volunteered for 10 years before officially creating the role in 2019, according to a Ten at the Top news release. Ouzts is retiring from her work at Ten at the Top to focus on other ecosystem needs and family 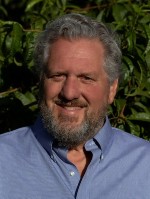 “Erin will be tough to replace, but we are very fortunate to have Craig Scharton moving into the role of facilitator for the Upstate Entrepreneur Ecosystem. Craig has great experience working with businesses and entrepreneurs and is the ideal person to continue TATT’s work building the collective capacity of support providers and entrepreneurs in the Upstate.”

Scharton, who moved to the Upstate in June 2022, has over 35 years of progressive experience leading diverse teams in non-profit and public service environments to execute meaningful and innovative projects to improve the standard of living in local communities, the release stated.

“Craig’s well-rounded experience and welcoming personality make him a great fit for this role. The Upstate Entrepreneur Ecosystem will benefit from his knowledge and ability to bring people together around complex topics,” Ouzts said in the release.

In Fresno City, Calif., Scharton built ecosystems of support for entrepreneurs and support providers as senior director, Economic Development with One by One Leadership, president of the California Main Street Alliance, as a Fresno City Council member, owner of a restaurant, director of Central Valley Business Incubator for Water and Energy Technology, and multiple positions with the City of Fresno and Downtown Fresno Partnership, the release stated.

While working with California Manufacturing Technology Consulting (CMTC) (similar to SC MEP), he strengthened CMTC’s relationship with 40-plus partner organizations to realize an additional $100 million-plus in additional sales for small and medium-sized manufacturers, according to the release.

Scharton taught urban entrepreneurship at Fresno State University as an adjunct professor for 14 years and created the Fresno Downtown Academy which received the International Downtown Association Award in 2016.  Craig has been a featured speaker at multiple events, including the United States Association for Small Business and Entrepreneurship (USASBE) National Conference, the National Trust for Historic Preservation, the California Workforce Association, and the California Assembly of Local Arts Agencies, the release stated.

“Erin Ouzts has built out an incredible framework for entrepreneurs and those who support them. I am honored to be able to build on her work,” said Scharton in the release.  I love building communities to support our independent businesses from home-based cottage businesses to downtown retailers to local manufacturers. Every sector has a role in growing our entrepreneurial ecosystem.”