As chief financial officer, Chen will be responsible for leading the finance team while ensuring all financial functions meet the needs of UNICEF USA, a UNICEF USA news release stated.

"After a deliberate and thoughtful search process, Michael remained our top choice to lead UNICEF USA’s finance team. His robust knowledge and experience, coupled with his personal connection to UNICEF differentiated him among other, well-qualified candidates,” Nyenhuis said in the release. “I am confident that Michael’s skillset will propel our team forward and allow for our organization to continue to excel as we work relentlessly for the rights of every child.” 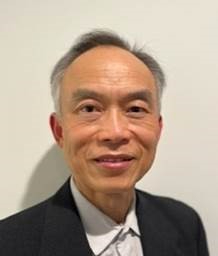 Chen joins UNICEF USA after serving 10 years as senior vice president, finance for American multinational medical technology company Becton Dickinson & Co., the release stated. In this role, Chen was responsible for the successful integrations and delivery of the deal financial commitments of two transformative acquisitions Becton Dickinson & Co. undertook. In addition, he led the integration of the Finance function from the two acquisitions into BD’s Finance organization and its corresponding transformation.

“Having been a beneficiary of UNICEF’s generosity during my time in refugee camps as a child in Malaysia and the Philippines, I have seen its direct positive impact on my family, and other children in the refugee camps,” Chen said in the release. “I am humbled and honored to have the opportunity to join such an impactful organization and looking forward to furthering UNICEF USA’s mission and purpose.”

Prior to Becton Dickinson & Co., Michael was the vice president and controller for the Oncology business at Varian Medical Systems, where he led all financial aspects of that business unit, and General Electric where he progressed through various finance leadership roles during his 13 years there, the release stated.

As a leading fundraising committee for UNICEF, UNICEF USA has raised almost $12 billion in donations and gifts-in-kind to support UNICEF’s work for children since 1947.