Growing up in the shadow of Shaw Air Force Base in Sumter, Rear Adm. Cedric Pringle knew the Navy — not the Air Force — would take him places.

“The Navy’s motto at the time was ‘Join the Navy. See the world.’ I took full advantage of that,” he said. 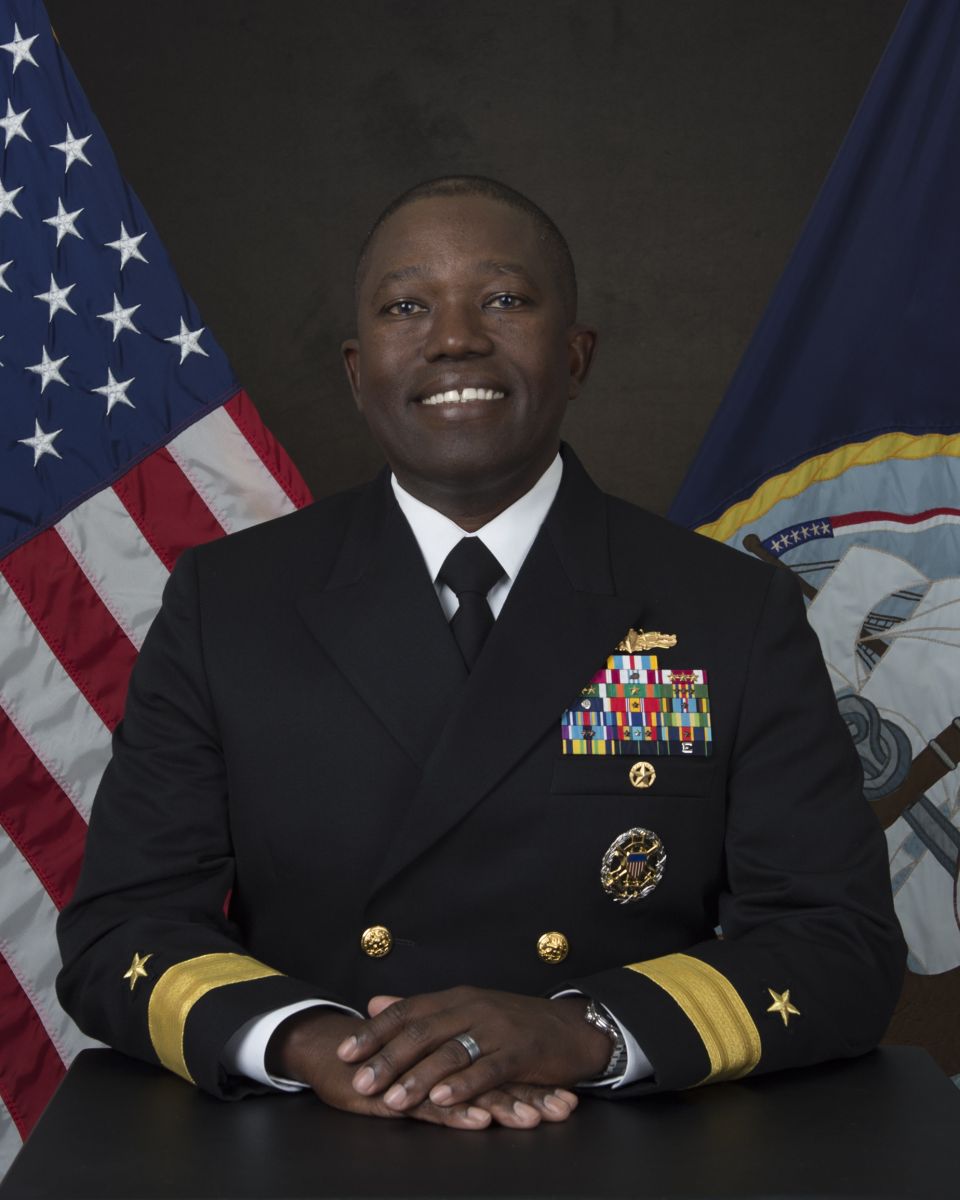 A familial connection sparked Pringle’s interest. While Pringle’s older brother served in the Navy, he would send home postcards from exotic places around the world.

“He was in Rio de Janeiro and all kinds of other places in South and Central America, and here I am as a young, impressionable high schooler looking at these postcards and really getting excited about the possibility of traveling and seeing the world,” Pringle said.

His first stop was Columbia, where he attended the University of South Carolina under the ROTC program, graduating in 1986.

“I like to say I’m a Gamecock for life,” he laughed, explaining that the Sumter High School mascot is a fighting gamecock as well.

“I love being back. I love the memories. I love seeing how Columbia itself has evolved. It’s come a long way since I was here back in the ‘80s,” he said.

Upon arriving at Seawell’s in Columbia for a Rotary Club luncheon, Pringle remembered that the last time he was in Columbia, the neighborhood near Williams-Brice Stadium was fairly empty.

The Columbia Regional Business Report interviewed Pringle as he was in the Midlands meeting with several state and local agencies to discuss the U.S military’s disaster relief and humanitarian assistance partnerships. After speaking with officials the S.C. Emergency Management Division, he addressed the Columbia Rotary Club on Monday.

“I think you have a phenomenal organization, and I think that it is very experienced” he said of SCEMD. ”I think that if you continue along that path you will be very well served.”

Pringle’s Navy career took him on six disaster relief missions responding to incidents such as Hurricane Katrina and the earthquake in Haiti. Many of South Carolina’s veterans who embarked on similar missions are now serving in state roles, and Pringle said that’s what makes SCEMD run so efficiently.

“I think the Emergency Management Division is benefiting from years of military experience,” he said.

Working as the Navy Senate Liaison on Capitol Hill drove home the importance of South Carolina to the U.S. military to Pringle, and he said the state has friends in Washington, D.C.

“Sen. (Lindsey) Graham is a huge advocate on the Senate Armed Services Committee,” he said. “I think that he is one of the best advocates that we could have for the state of South Carolina.”

Pringle also noted the importance of Fort Jackson, which he said grew after the Base Realignment and Closure Commission shuttered the Charleston Naval Base in 1996.

“We physically don’t need as much infrastructure and support because that costs money, and the more you invest in that kind of infrastructure, the less you have to invest in people,” Pringle said.

Pringle said his mission to dream big, work hard and never quit took him from Sumter to commanding Expeditionary Strike Group 3, the largest strike group in the world with 15 ships and more than 15,000 sailors and Marines. He draws on his experience to tell young people they can go anywhere.

“Absolutely anyone could follow in my footsteps,” he said. “I love talking to students who are kind of in the same position I was in, wondering what’s next. I want them to see that just about anything’s achievable.”

Awesome sir. I had the honor of growing up with you and serving on the uss stump with you. I remember the first day you came aboard as a cadet/ lt. so proud of you. My name Anthony Washington.