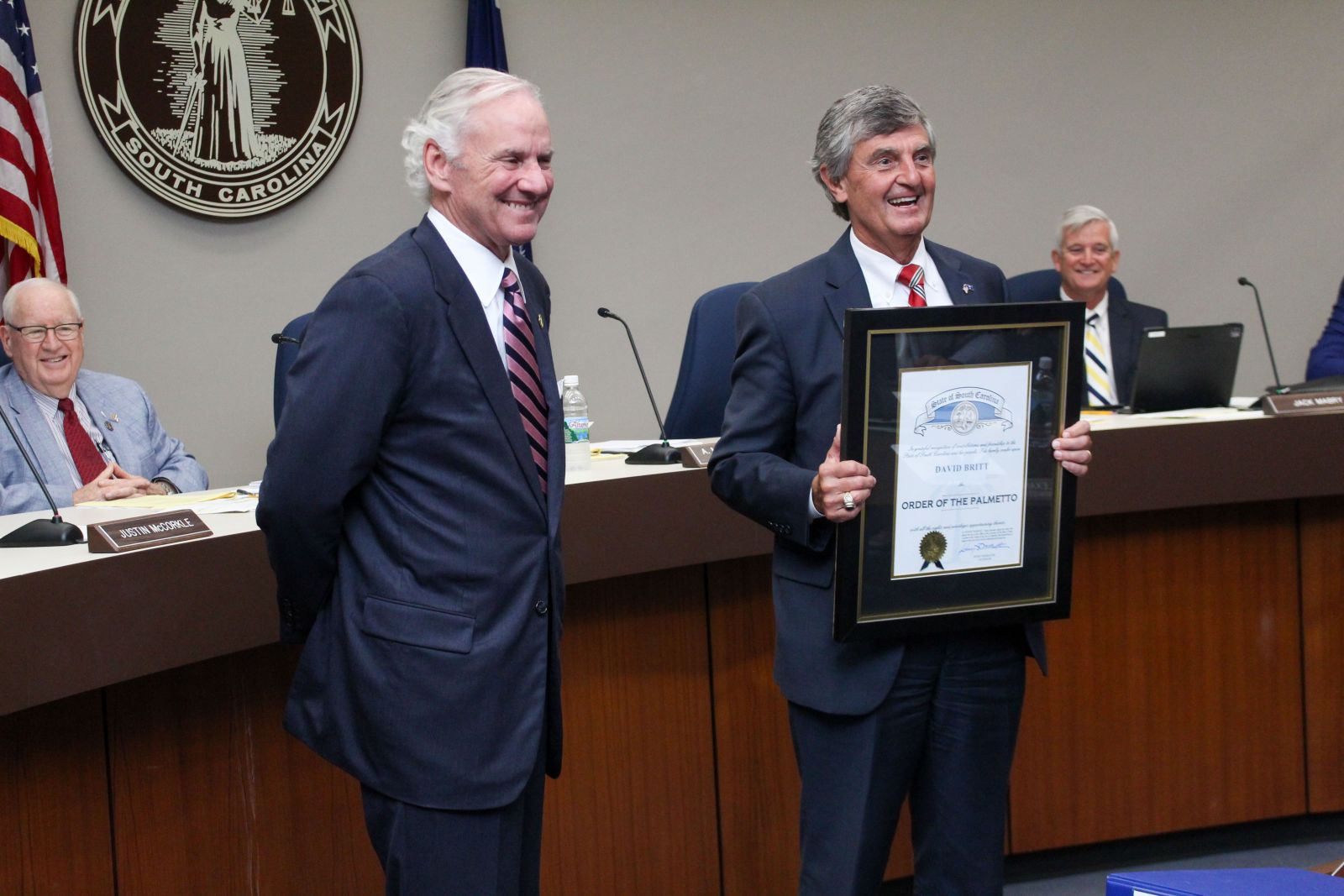 This story first appeared in the Sept. 9 print edition of the GSA Business Report

Business, political and civic leader David Britt has been awarded the Order of the Palmetto, the state’s highest civilian honor.

Britt is vice president and general manager of the South Carolina division of Tindall Corp. He has served for decades on the Spartanburg County Council and chaired the influential Economic Development Committee at the forefront of attracting the companies that pulled the county and the Upstate out of the economic post-textile doldrums and into a diverse manufacturing region.

The Order of the Palmetto recognizes Britt’s “lifetime of extraordinary achievement, service and contributions on a national or statewide scale,” according to a news release.

“With David’s contributions and dedication to this community and state spanning so many years, it is no surprise that he is the recipient of such a prestigious award,” Greg Force, president and CEO of Tindall, said in the release. “We are fortunate to have the benefit of his leadership and true compassion for people at Tindall and the entire Upstate.”

Individuals must be nominated to be recognized by the Order of the Palmetto, and it may be presented only to natives or residents of South Carolina. Britt was presented with the honor on Aug. 16, by Gov. Henry McMaster at the Spartanburg County Council meeting.

“I am beyond thankful for the many opportunities I’ve had to give back to our great state that ultimately led me to where I am today,” Britt said in the release. “It’s a privilege to be awarded this high honor from Gov. McMaster, and I will treasure this achievement for the rest of my life.”

Britt joined Tindall in 1988 as vice president of the human resources department. At the encouragement of the owner and former president and CEO of Tindall, William Lowndes III, Britt ran for County Council in Spartanburg during the 1991 election and has been serving the county and state for more than 30 years, the release said. During his time as councilman, he has played a role in recruiting more than $18 billion of investments and more than 80,000 new jobs to the county.

Britt also played a major role in bringing global brand names to Spartanburg, such as BMW and Kobelco. He was part of the team that brought BMW to the county, offering economic development incentives and help with property and training. Since its establishment, the plant has grown to $11 billion invested in Spartanburg County, with a workforce of 11,000.

Britt traveled to Japan as a liaison from Tindall to connect with international companies that expressed interest in establishing workforces in the United States. When operations for Kobelco began in the Upstate it 2015, it brought $41 million of investment and created 131 new jobs