Business and community leaders in South Carolina are mourning the recent loss of Columbia City Councilman and former state Secretary of Commerce Joe E. Taylor Jr. , considered a leader and visionary for his work both in the Columbia area and statewide. 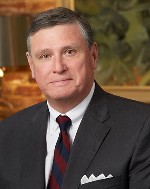 Taylor, 64, died unexpectedly on Dec. 29. His funeral service was held Thursday, Jan. 5, at First Presbyterian Church in downtown Columbia. So large was his impact statewide that flags at the S.C. State House flew at half-staff in Taylor’s honor on Thursday at the request of Gov. Henry McMaster.

A native of Columbia, Taylor has received accolades for his role in the state’s economic growth. During his tenure as commerce secretary under Gov. Mark Sanford, he was credited with leading the team that spearheaded efforts to attract Boeing to North Charleston in 2009.

Taylor was elected to represent District 4 on the council in 2021 to take over a seat formerly occupied by Mayor Daniel Rickenmann. In his role as councilman, Taylor quickly became known as a fierce advocate for businesses and city residents, working both to make it easier for businesses to flourish and to reduce crime and other problems. He was chairman of the economic and community development committee and also served on the public safety and administrative policy committees.

In a statement, Rickenmann mourned the loss of the man he called a friend as well as a colleague.

“Columbia has lost one of her biggest advocates, one of my best friends,” Rickenmann said. “Joe was a giant in our community. I can think of no person who cared more about Columbia, the Midlands or South Carolina than Joe. He led with his heart and passion to help others.”

“During his tenure on council, Councilman Taylor was an advocate for business development, particularly as it related to small business owners, and a champion of commerce,” the statement said. “He truly believed in the greatness of our city, and he was focused on making Columbia better for all citizens.”

Carl Blackstone, president and CEO of the Columbia Chamber of Commerce, said Taylor cared deeply about improving life in general in the city he called home.

“His impact will be felt in Columbia for decades to come,” Blackstone said in a statement.

A keen instinct for business came early for Taylor. While still a student at Wofford College in Spartanburg, he founded Southland Log Homes with his late father and later became the company’s president and CEO. Southland went on to become the largest producer of pre-cut log buildings in North America. He sold the company in 2005.

His years in state leadership started in 2003 when Sanford appointed him chairman of the S.C. Jobs Economic Development Authority. He served as secretary of commerce from 2006 until 2011.

After leaving state government, Taylor worked primarily in real estate development and private equity, among many other ventures.

Taylor made an impact across the river in West Columbia as well, starting in 2014 when he founded his private equity venture, Southland Capital Partners, with offices on State Street.

In an interview with SC Biz News, West Columbia Mayor Tem Miles said Taylor’s selection of State Street as home for his offices helped to jumpstart the commercial and residential redevelopment of the entire Meeting Street area. He also credits Taylor with helping the city redo its zoning codes to bring in further development, including the St. Anns Alley residential community.

“He was very passionate about what West Columbia could be and was willing to put his time and efforts into trying to get it there,” Miles told SC Biz News. “Joe had an unusual combination of vision and follow through. He had both vision and the backbone to follow through, to get out and make things happen. He was an incredible man personally. He was very giving with his resources and most importantly with his time and mentorship for the folks coming up behind him. Our region has lost an incredible leader.”

West Columbia City Councilman Joseph D. Dickey Jr., an attorney, shared a memory on his Facebook page as a testament to Taylor’s generosity and concern for others.

“Some of his best traits to me, were being generous, caring and simply a stand up guy,” Dickey wrote. “Years ago, when I was looking for an office for my recently started law firm and, while I could not afford it, Joe took time to entertain a meeting with me. By the end of our meeting, he told me if I wanted the office, we could figure it out. Joe always would make time, whether it was a quick phone call, coffee or meal…Joe generously gave of himself whether it be counsel, friendship or otherwise, and sought no recognition from it.”

In 2021, SC Biz News honored Taylor as one of the Midlands’ business Icons at the annual Icons and Phenoms awards event.

Taylor is survived by his wife, Amanda Taylor, a son and a daughter.