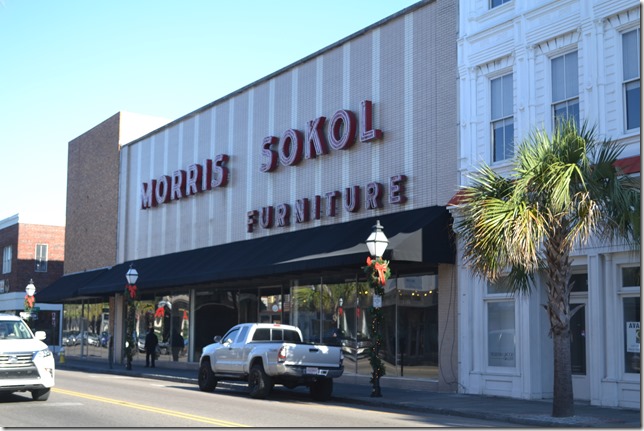 One of the largest, most-talked-of commercial spaces along Upper King Street — the former Morris Sokol furniture store — has been sold for $22.5 million.

The buyer said the development plan for 510 King St. is under evaluation. The building has around 50,000 square feet of space.

“We are extremely excited to participate in the continued evolution of Upper King Street through the development of one of Charleston’s most prominent and important locations,” Frederick Simon of Vanderking LLC said in a news release.

Former store owner Joe Sokol, 83, decided to close the 94-year-old store in the summer of last year. Speculation around what will go into the space, which is both an iconic site and a prime piece of downtown real estate, has been ongoing since.

The furniture store was opened by Sokol’s father, Morris, in 1929 after he emigrated from Poland. Sokol began working there full time in the 1950s and eventually took over operations at the retail shop.

“Everything was really on King Street back then. There was no West Ashley or Mount Pleasant shopping. Everyone had to come to town to shop,” Sokol said in a recent story about rising commercial rates on the peninsula. “Over the years, highways improved and people spread out and shopping malls came in and it changed the whole atmosphere of business on King Street.”

Sokol said rising rents did not push him out; rather, he did not want to sell the family brand to someone else.

“The decision to sell was a private family matter, however it was ultimately predicated upon the confidence that the buyers were not only capable but honorable, and we look forward to seeing our family legacy carried forward as part of the next generation of King Street,” Sokol said in the release following the sale.