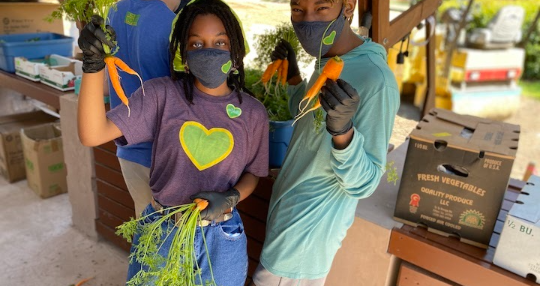 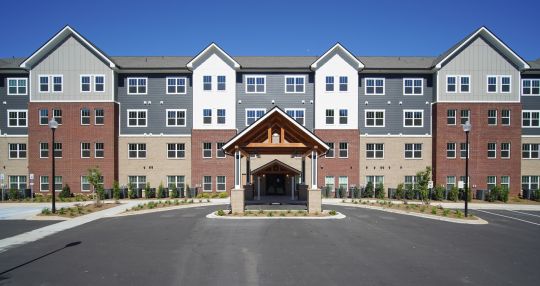 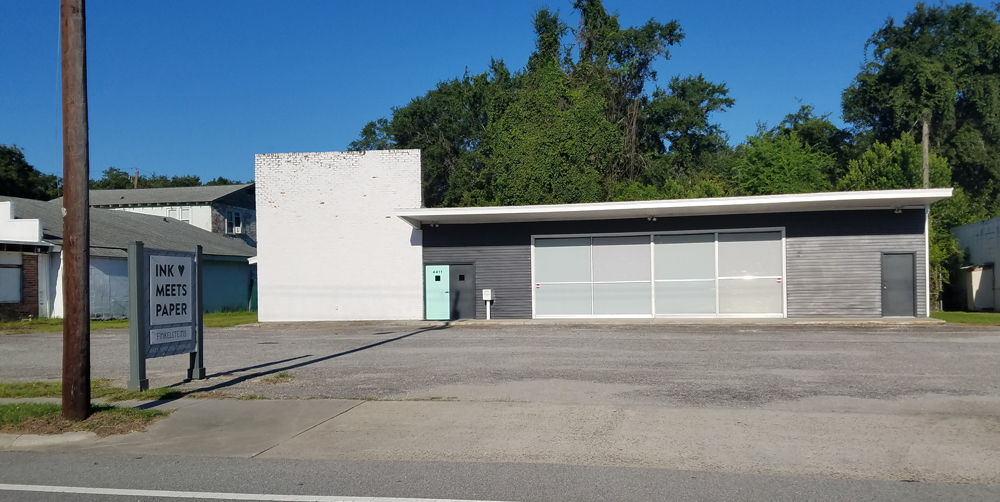 When Jamie and Allison Nadeau wanted to expand their greeting card and letterpress printing business out of their home, they turned to Spruill Avenue in North Charleston.

They leased a 2,000-square-foot, 1950s-era brick building, best known for its days as a 7-Eleven, and renovated the interior. They opened Ink Meets Paper’s first commercial space in 2015.

Jamie Nadeau said she has noticed more buildings undergoing makeovers as the area, devoid of a central strip of small businesses in recent years, readies for new tenants.

“Downtown (Charleston) small businesses are really getting pushed out,” she said. “It’s so expensive to build something new on the peninsula. ... This whole strip along Spruill is providing a lot of opportunity for that, and that’s what we would love to see.”

Spruill runs parallel to Interstate 26, stretching for about 4 miles from East Montague Avenue in Park Circle to Meeting Street Road near the Upper Peninsula area of downtown Charleston.

For several decades, storefronts and bars served the residents of the Charleston Navy Base. The closure of the Navy base in 1996 slowed some of that activity. Boards cover the windows of many former businesses, and weeds grow up through abandoned parking lots.

“Everything was shut down at 5 o’clock and on the weekends,” North Charleston spokesman Ryan Johnson said. “There wasn’t really an opportunity for the greater community to go there. ... I think that’s completely changing.”

Much of the surrounding area is residential and industrial. Several port-related projects are underway nearby, including a new port access road and a future cargo transfer site designed to serve the future Hugh K. Leatherman Sr. Terminal in North Charleston.

Jack Owens, a broker with Lee & Associates – Charleston, said activity has picked up in the last 12 to 18 months.

Investors, realtors and company owners said they see Spruill Avenue as an opportunity to build on more affordable land and along a main thoroughfare that connects two popular city centers — downtown Charleston and Park Circle.

“There’s a significant chunk of land in the Neck area and in North Charleston where prices are not as intimidating to investors. ... Right now, that area in North Charleston, it presents a value opportunity,” said Brian Reed, CBRE’s research manager.

Two of the larger projects along Spruill involve Holy City Brewery and Firefly Distillery. The city plans to sell both companies city-owned property. The sites are under contract and are expected to close in the coming weeks, Johnson said.

Firefly, best known for its sweet tea-flavored vodka, plans to move its Wadmalaw operations to the Park Circle neighborhood. Plans include building the distillery, an amphitheater and additional commercial space on an 18-acre parcel between Spruill and South Rhett avenues, city officials said. Calls made to Firefly were not returned by press time.

Across the street, Holy City Brewing plans to relocate its Dorchester Road brewery to the city’s former public works facility. The city vacated that site about two years ago when it moved into a newer space on Remount Road. Brewery owners declined to comment on the project. 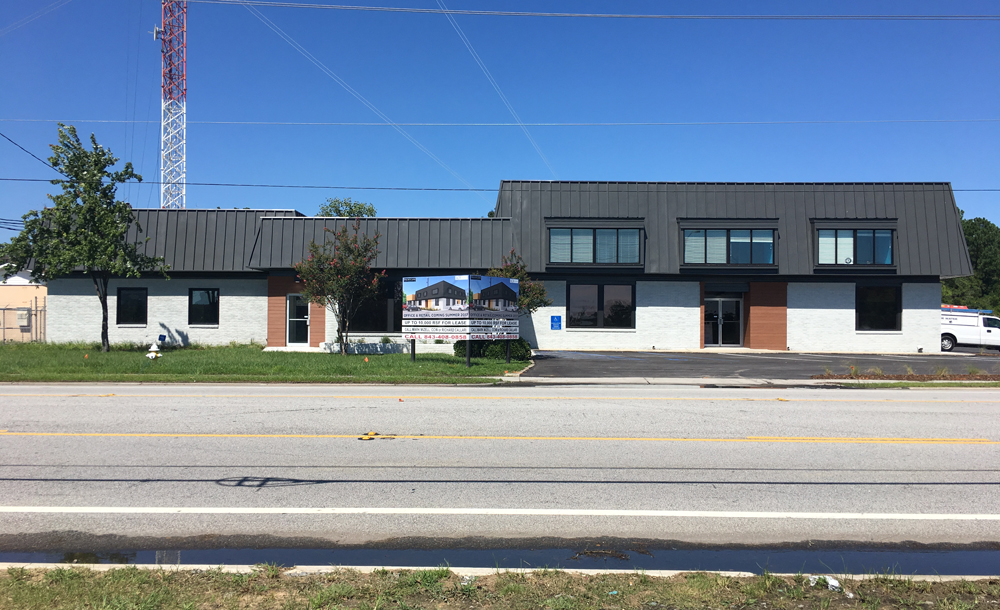 The site at 4151 Spruill Ave. included five buildings — a mix of offices, sheds and a warehouse. RCB demolished some of those buildings, and renovated the remaining 14,000 square feet into mixed-use space.

Russ Canard, RCB Development principal, said much has changed on Spruill in the last two years, and he anticipates more transition over the next five years.

“I think you’re going to see a lot of companies that would normally have not gone there in the past sprouting up because it really is a great central spot. ... We feel that Spruill Avenue is going to become a main artery that connects Park Circle with downtown,” Canard said.

Several brokers said Bill Murray and Mike Veeck, co-owners of the Charleston RiverDogs, plan to build a housing and retail space somewhere near Spruill Avenue. Emails seeking comment from Veeck were not returned by press time.

“I think people couldn’t believe at first that all of this was coming, but now people are really excited,” Philipp said. 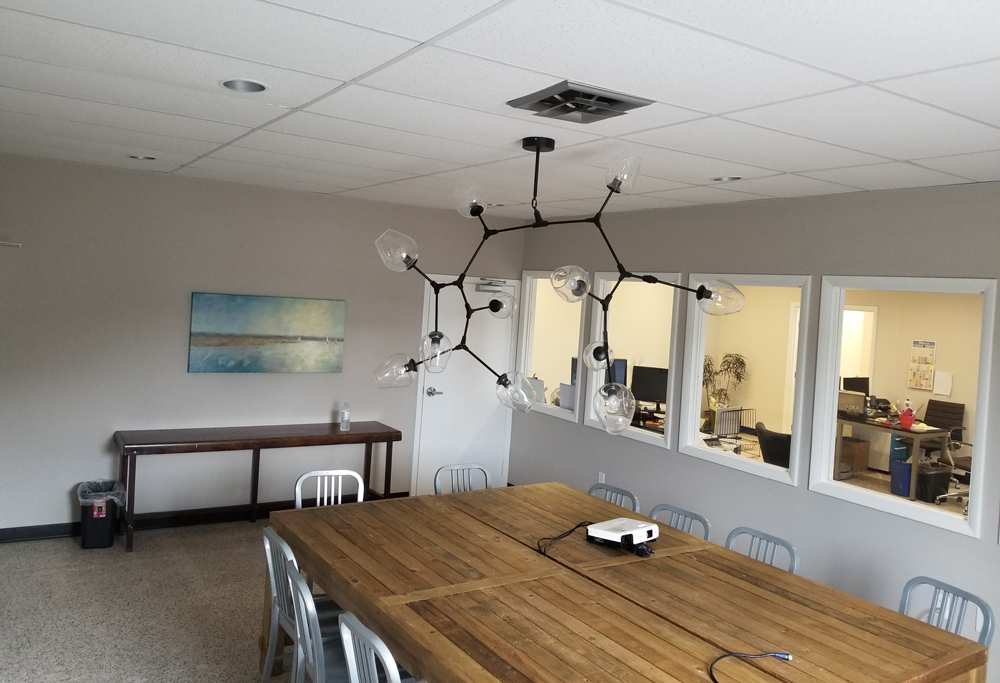 TalkTools uses about half of the building to produce speech therapy tools for kids with special needs, and the rest is leased out to a church, a wedding drapery company and an app development firm. The last lease is under negotiation now for an undisclosed company.

Blessinger said the proximity to interstates made the Spruill Avenue address attractive. Going forward, he said he hopes to see more offices, shops and a grocery store in the area to support the existing residents and incoming employers.

“I hope there’s additional investment in the area. ... The community around here is sort of in a desert,” Blessinger said.

City officials said they see Spruill Avenue as an extension of East Montague Avenue’s retail and restaurant district, which gained steam over the past 10 years.

“We’re looking at a resurgence (along Spruill), and it’s really connected to what the city has done on Montague,” North Charleston project manager Adam MacConnell said.

If the Firefly and Holy City Brewing relocations come to fruition, officials said those projects also will help provide more public access to Noisette Creek. MacConnell said North Charleston now owns about 93% of the land around Noisette Creek in anticipation of developing a public park along it, eventually connecting it to Riverfront Park.

The city also wants to tackle streetscaping and sidewalk additions as the commercial corridor grows.

“We thought that we were probably five years out before we started seeing this kind of energy and enthusiasm, but the Park Circle area and the resurgence of the housing market there, and the influx of a lot of young, creative families has really accelerated some of these redevelopment efforts,” MacConnell said. “Honestly, we’re a little bit behind right now, but we’re doing our best to get some plans together to help support this redevelopment effort.”