Matt Kennell isn’t sure if “blight” properly described the stretch of Sumter Street north of Washington in downtown Columbia, but he was certain the area needed a little TLC.

The vacant storefronts and For Sale signs just a block removed from Main Street’s ongoing renaissance hardly served to lure commercial retail investors, even as available Main Street space shrunk and prices across Assembly Street in the Vista climbed.

That’s starting to change with the scheduled year-end completion of a new, 90-room Holiday Inn at 1233 Washington St. and rumored retail interest in other Sumter Street properties.

“That area had started looking kind of a little worn around the edges a couple of years ago,” said Kennell, president and CEO of City Center Partnership, a nonprofit organization that promotes downtown economic development.

Kennell said business facades had faded, trash receptacles showed their age and “Dr. Seuss trees” curled over the street. But a concerted effort between CCP, the city and the Cantey family, owners of key area property, began with planning two years ago and was completed in July.

Now, new self-watering planters (which can hold 40 gallons of water and only need to be refilled once a month) set off fresh coats of paint. The S.C. Department of Transportation refurbished the sidewalks, the city replaced the trash cans, and a solution to a sticky issue with outdated restaurant grease trap drainage was worked out. 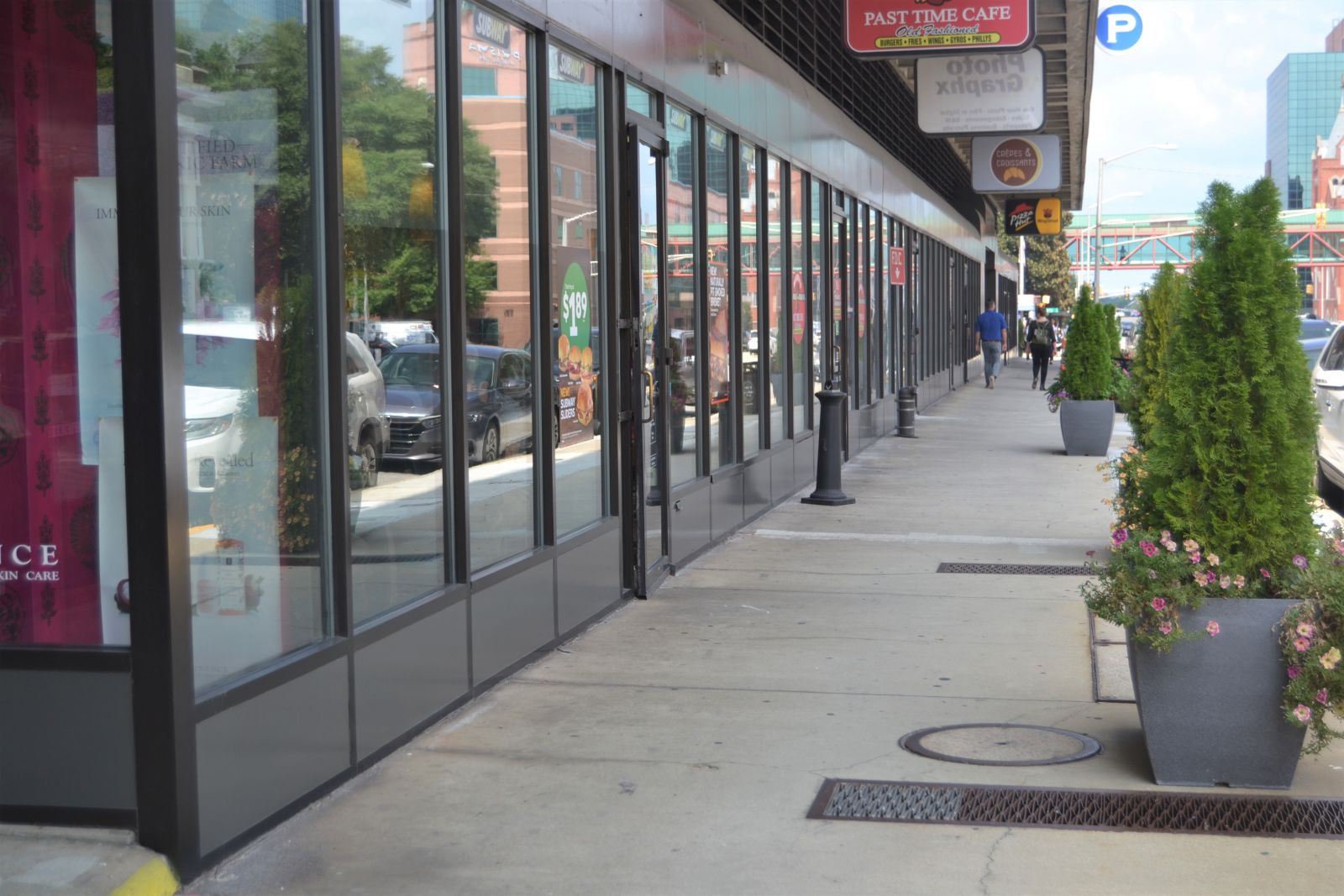 The Holiday Inn will provide an immediately recognizable tenant. Local hoteliers Raj, A.J. and Nash Champaneri, developers of the Vista’s Aloft hotel, will run the hotel. The property sold for $1.95 million in April 2018.

Mashburn’s involvement with the project, which required design consulting with Holiday Inn parent company InterContinental Hotel Group, is part of the contractor’s commitment to investing in downtown revitalization. Sumter LLC, the investment group behind boutique venue Hotel Trundle on Sumter and Taylor streets, had backing from Mashburn, and the company is exploring investment opportunities near its newly purchased base of operations in downtown Myrtle Beach.

“Number one, we love historic projects, (and) we believe strongly that your town is only as good as your downtown,” said Mashburn, who also serves as chairman of CCP’s executive committee. “Nationwide, it’s a trend that everybody’s coming back and everybody wants to be a part of downtown and in downtown. The growth now is kind of building from the city out in a lot of areas, and in a lot of areas across the country.

“We want to be right in the middle of it. We want to be a part of the community. Part of our vision statement is to build better communities, and that’s very important to us.” 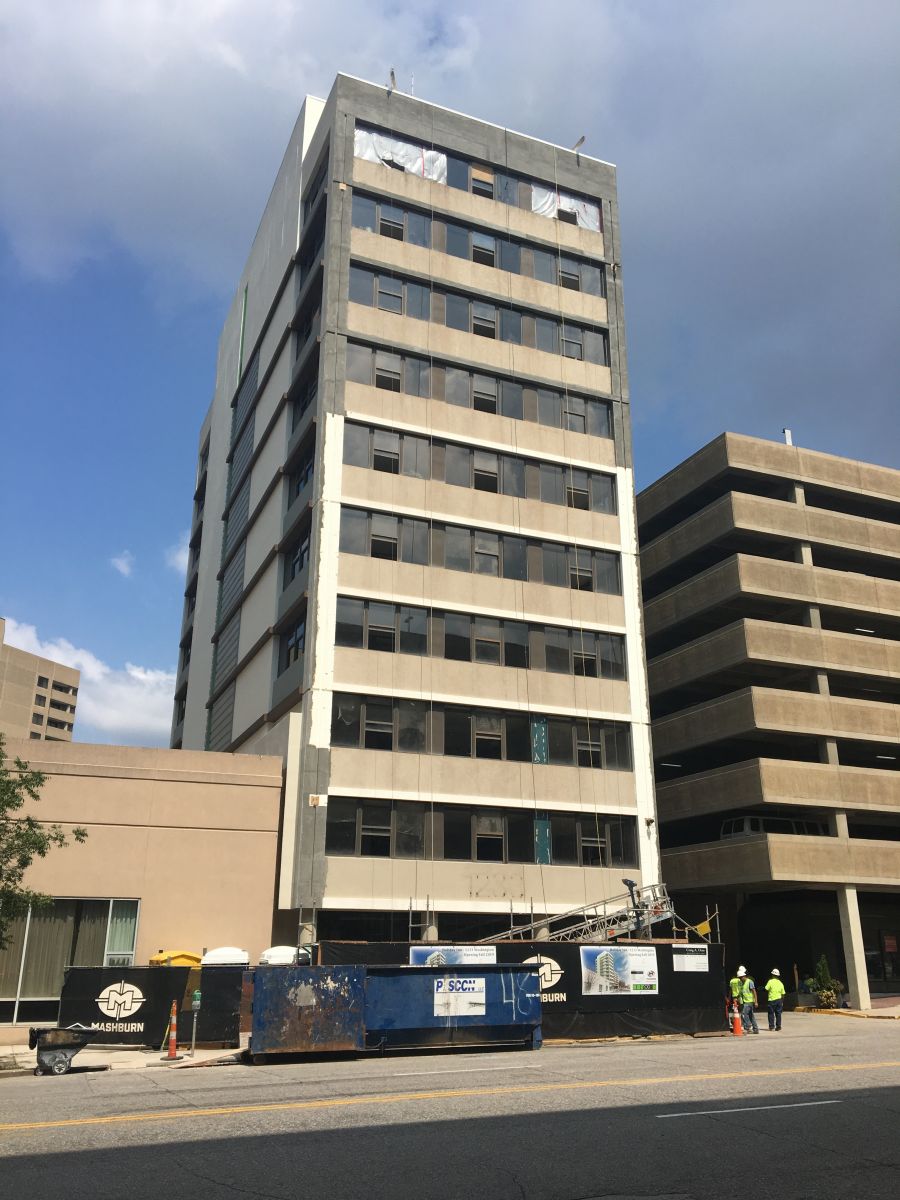 Mashburn’s company is also involved in the updating of other properties near the Holiday Inn on Sumter Street, and he said restaurant and catering chain Just Fresh, which has several locations in Charlotte, is close to a deal to occupy space vacated by closed Cajun restaurant J Gumbo’s.

“I think we’ll slowly start growing from the inside out, even up to the 1700 block (of Sumter),” said Mashburn, whose office is located at 1820 Sumter St.

Visible from the lobby is the Sumter Street Transit Station, often cited as a stumbling block for development further up Sumter Street as it nears Elmwood Avenue and the 181-acre, mixed-use BullStreet District development. Both Mashburn and Kennell are excited about potential plans to transform the hub for Columbia’s mass transit system, the COMET, which could include relocating the station closer to a rail system in the city as part of much-discussed plans to rehaul the bus system into an intermodal network.

Kennell said the opening of the Holiday Inn will help connect Sumter Street to the hustle and bustle of nearby Main with increased foot traffic and retail spending.

“People that are traveling are more likely to eat out and visit a lot of the hospitality businesses,” he said. “In some ways, a hotel’s even better than an apartment complex as far as helping the retail and restaurant business downtown.”

Kennell said the explosive growth of the 1600 block of Main, which took off when Mast General Store opened in 2011, shows what quality commercial tenants can do for an area.

“You need one or two really great new businesses, and they’ll attract others,” he said. “You get one good restaurant, another good restaurant follows It’s important that the tenant that goes in is not just a run-of-the mill tenant, but one that will draw others. You need to go after something unique and new to the market. That’s why the run-up (on Sumter) has been a little slow. We’re looking for the right tenants.”