Aldi US aims to become 3rd largest grocer by 2022 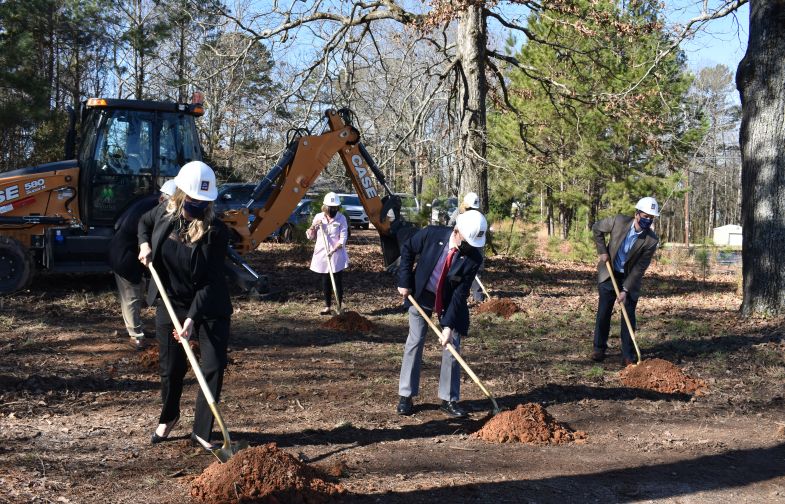 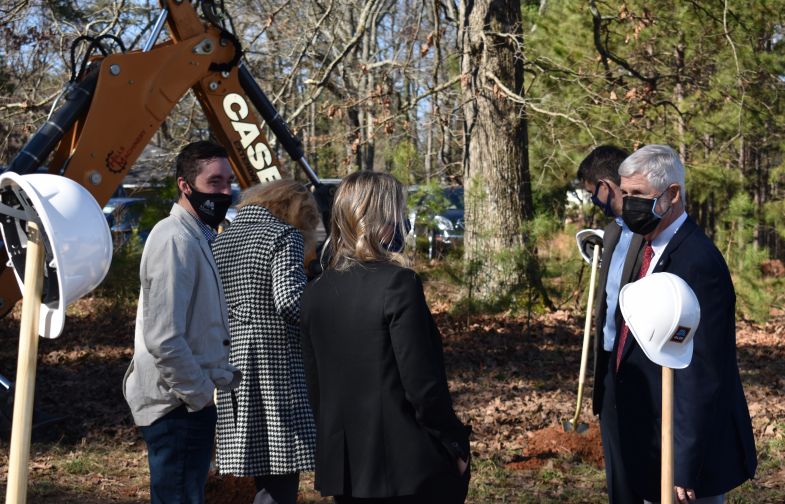 Mayor Terry Merritt said that the city had been in contact with Aldi as the grocery suited Mauldin's strategy for a walkable city center. (Photo/Molly Hulsey) 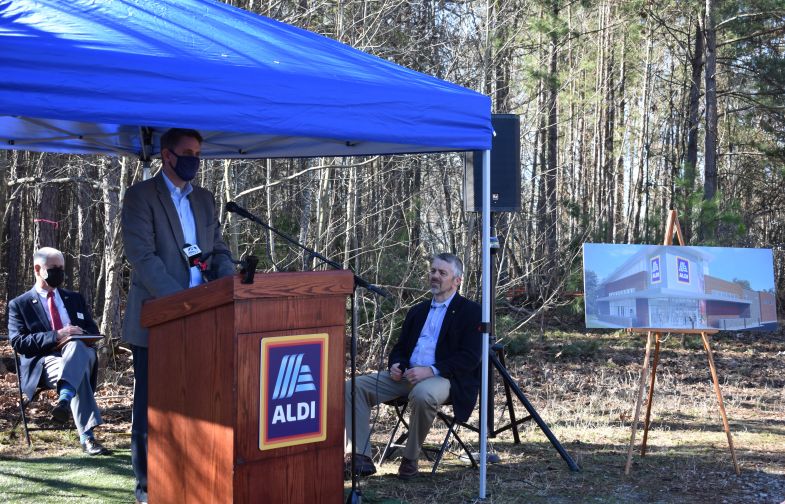 Robert Ochs, director of real estate for Aldi US, said that the Mauldin store was part of a 100 store expansion plan for 2021. (Photo/Molly Hulsey)

The German-owned discount grocery chain Aldi may have a smaller physical footprint than other supermarket competitors in the Upstate, but that could work in the company’s favor as it aims to become one of the most widespread grocers in the country.

“We’re looking forward to beginning our development next month, bringing Aldi’s convenience and selection to the community,” Robert Ochs, director of real estate for Aldi US, said at a groundbreaking for Mauldin’s first Aldi store, adding that the company plans to continue expanding its presence beyond the 18 existing stores in the Upstate.

The incoming Mauldin market, located on a 4.6-acre lot 209 N. Main St., was purchased by the company for $1.7 million in November and will be the fifth to open in the Greenville area, according to the company and Greenville County property data.

Aldi US also opened its first Powdersville store in December in line with the company’s “aggressive” goal to become the third largest grocery retailer by store count at the conclusion of 2022, according to Ochs.

The grocer's Midlands locations include stores on Garners Ferry Road and St. Andrews Road, as well as in West Columbia and Lexington.

The chain claims that the store’s typical modest size of 16,400 square feet and its sustainable construction strategy makes the brand more amenable to a wider variety of communities than its hefty supermarket competitors, according to the company’s real estate specifications.

The chain’s U.S. branch is one of the 10 largest grocers in the country by revenue, according to a 2021 report Food Industry, with the potential to eclipse Whole Foods — its nearest contender — after a 100-store expansion this year. The groundbreaking of a distribution center in Loxley, Ala., will spearhead the company’s expansion across the southeast, according to a news release.

Ochs couldn’t specify when the project would be complete but he did share that the company will hire full and part-time employees this summer.

“While I can’t share the exact opening date of the store,” Ochs said. “It will be sometime this fall that we will share details as we get closer.”

Mauldin Mayor Terry Merritt said the city had been communicating with Aldi for about a year as the company evaluated the area through demographic and population studies.

The store’s presence is evidence that Mauldin is no longer just a crossroads and is an area on the move, he said.

An Aldi site must be in an area that is passed by more than 20,000 vehicles a day, located in a community shopping district within three miles of a “dense trade area population,” according to the company’s real estate specifications.

Merritt told GSA Business Report the grocery store will suit Mauldin’s walkable City Center development across Laurens Road from Aldi, which will include apartments and 55 townhomes, a food hall and an entertainment complex developed by Greenville’s The Parker Group.

“That’s a natural fit: here is a quality grocery retailer that you can walk to,” Merritt told GSA Business Report. “Now it helps us show that we’re dressing up Main Street.”