Report: Over 7% of area residents are new transplants

According to CBRE, Greenville’s diverse economy has made it one the “nation’s fastest growing boutique cities" with a growth rate far outpacing the national average and state as a whole.

Since 2016, more than 84,000 people have relocated to Greenville-Spartanburg, 7% of the market’s total population, according to a news release. Over the last decade, the Greenville population growth has averaged 1.19%.

The national average was 0.73% during that time. Over the last three years, the Greenville-Spartanburg market’s growth has accelerated to 1.34% and annually outpaced state rates. 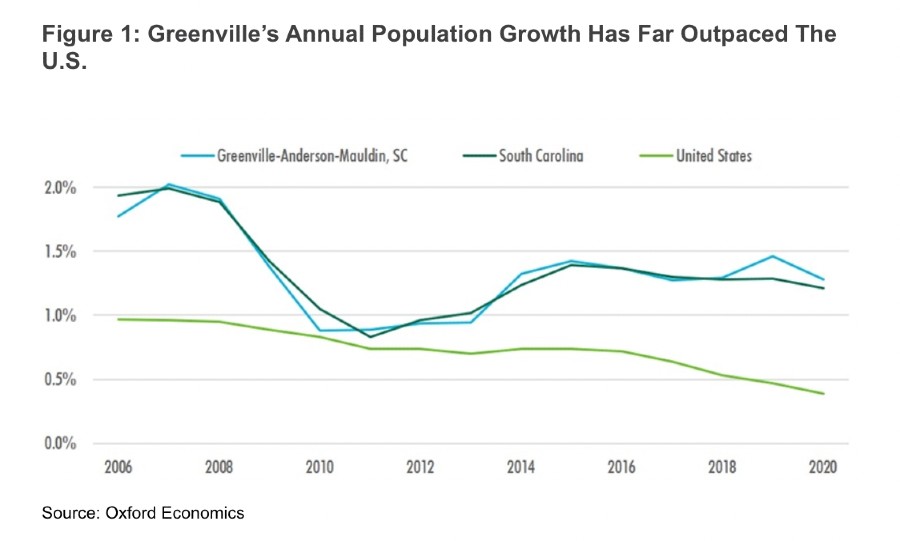 During the months of March and April last year, the COVID-19 pandemic caused Greenville’s employment to drop by almost 58,000. However almost 80% of those jobs have returned to the market, the news release said.

“A city that was once known as the textile capital of the world, now attracts educated and skilled talent for its strong automotive, technology and manufacturing sectors,” CBRE said in the report. “Distribution, logistics, and transportation companies flocking to the region have turned Greenville into a top-tier industrial hub. Thanks to top-notch local health systems and strong schools, the health care and education industries have almost fully recovered their employment.”

The report included several predictions of the market’s overall employment forecast as the world economy recovers from COVID-19.

If economic activity completely normalizes throughout the summer, regional employment numbers shoot above 425,000 this year and to almost 475,000 by the end of 2023. Baseline predictions, assuming U.S. vaccination rates reach 60% by middle of the year and the labor market recovers by 2022, show an employment rate just above 450,000 in 2023, the report said. 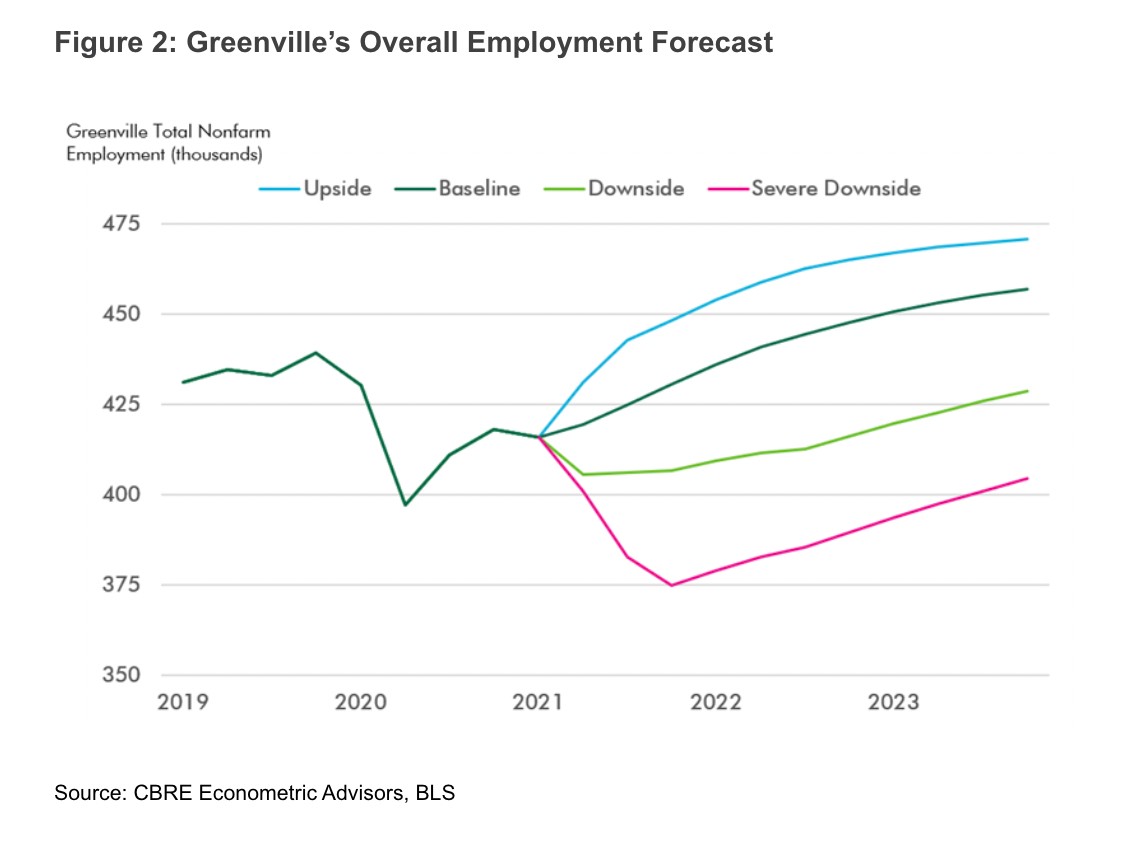 If COVID-19 flare-ups continue and small service firms are forced to close, employment will almost dip down to the mid-2020 trough of 400,000 employees in the market and only reach pre-pandemic levels above 425,000 far into 2023, according to the report.

The worst-case scenario — that vaccines are ineffective against new COVID-19 variants — depict a late 2021 trough of 375,000 people in the workforce and a late 2023 recovery at just over 400,000 employees in the Greenville market.

“Greenville-Spartanburg continues to offer users and developers an opportunity to leverage South Carolina’s strong transportation network, available labor and proximity to Southeast U.S. population centers in a pro-business environment,” Trey Pennington, senior vice president of CBRE’s Industrial market, said in a statement. “These fundamentals will offer companies competitive advantages, as they reevaluate their plans and work through current economic challenges.”