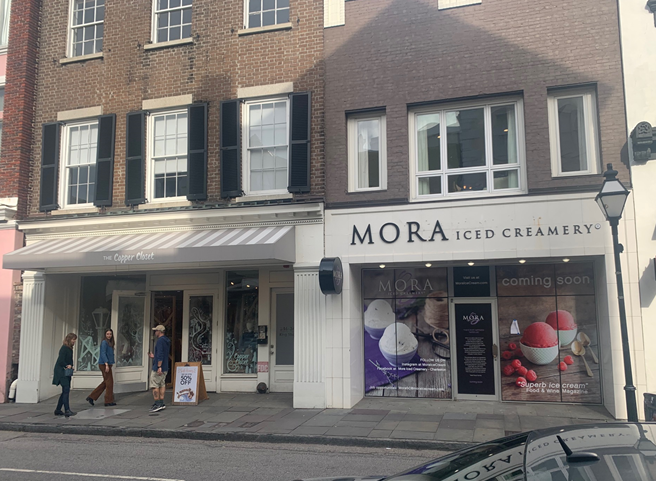 King Street is as alive as ever.

Myrtle Beach-based Burroughs & Chapin, which owns the popular tourist destination Broadway at the Beach, is no stranger to success in the Charleston market. The company’s portfolio includes 359 King St. just down the road and Northcutt Plaza in Mount Pleasant. The former currently houses Williams-Sonoma.

The ground-floor retail properties included in the recent transaction are currently occupied by The Copper Closet at 348 King St., Mora Ice Creamery at 346 King St. and Simply J Boutique at 377 King St. All tenants will remain in their locations.

“These assets are a nice complement to our existing holdings on King Street, providing us additional scale on one of the best retail streets in the Southeast,” said Austin Burris, director of acquisitions at Burroughs & Chapin, in a statement. “We enjoyed working with the Charleston Commercial team on this transaction and look forward to expanding our footprint in the Charleston market.”

“There has been a surge of interest from retailers, restaurateurs and investors who want to be part of Charleston’s vibrant downtown,” co-founder C. Kendrick said in a statement “It’s exciting to see this much activity on King Street. It’s a testament to Charleston’s reputation as a phenomenal place to do business.”

Charleston Commercial is a common player in King Street real estate, having recently brokered several other deals, including the sale of 438 King St. to Miami-based restaurant Le Chick for almost $6 million. Throughout the last few years, the commercial real estate group brokered or participated in 19 other property acquisitions in downtown Charleston, totaling more than $74 million.

In 2020, the commercial real estate group also brokered the sale of the former R.B.’s Seafood Restaurant on Shem Creek for $7 million.