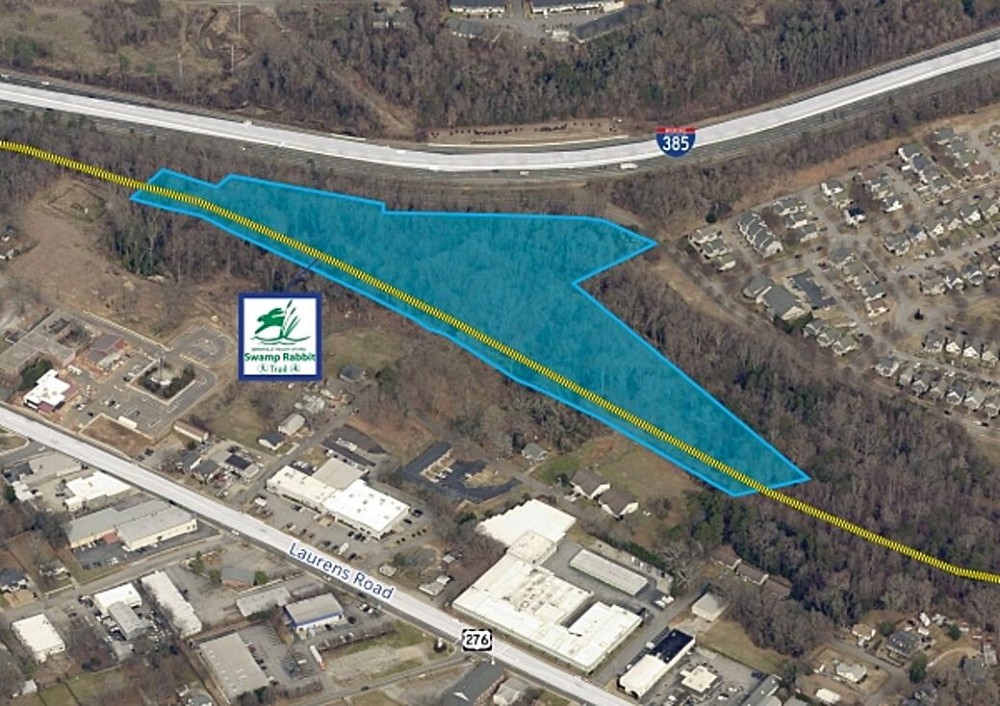 A 12-acre tract of land has been sold along the future Prisma Health Swamp Rabbit Trail extension.

Colliers South Carolina’s Frank Hammond represented Barry Alford in the sale to Huntington Holdings LLC for $2.7M, according to a Colliers news release.

The extension is projected to be complete by the end of Q1 2023.

“This land has several qualities that make the property unique and extremely desirable,” Hammond said in the release. “It has a gorgeous, natural setting between two major corridors, Laurens Road and I-385, with close proximity to Downtown Greenville, and the Swamp Rabbit Trail will soon bisect the property.”

The property originally consisted of roughly 17 acres with frontage on Laurens Road and was subdivided for businesses including Home Team BBQ, Flying Rabbit Adventures and Double Stamp Brewery, the release stated. The remaining 12 acres along the Green Line of the trail features over 1,500 feet of fee simple former rail line, the same abandoned roadbed in which the Swamp Rabbit Trail began as a 9-mile greenway, according to the release.

Plans for the extension of the Swamp Rabbit Trail include the continuation of aligning a parallel sequence to the inactive rail bed stretching from Downtown Greenville to Clemson University’s International Center for Automotive Research (CU-ICAR), the release stated. Bridges have been constructed as a part of this extension with the newest delivery crossing Laurens Road and a future bridge crossing Haywood Road to be completed Q1 2023.

The coordination of the Swamp Rabbit construction allowed Colliers an opportunity to add value for the correct buyer, the release stated.

The Prisma Health Swamp Rabbit Trail extension master plan was launched by the city of Greenville in November 2019, and the City Council adopted the last development strategy for the trail’s 4.5-mile extension last January.

The master plan explores land use and connectivity opportunities within a five-minute walk of the planned Green Line extension, stretching from Cleveland Park to the Clemson University International Center for Automotive Research alongside Laurens Road.