Atlas Real Estate Partners, a multifamily-focused private investment and development firm with offices in New York and Miami, has completed the site acquisition for The Darby multifamily development in Charleston, according to a news release from the company.

The firm is partnering with FIDES Development on the project.

The transaction closed on Jan. 10, following a two-year contract period in which full entitlements and site plan approval were obtained for the project, the release stated. Financial details were not disclosed.

The Darby is a 331-unit Class A mid-rise multifamily Opportunity Zone development project located at 1590 Meeting Street Road in Charleston’s North-of-Morrison (“NoMo”) creative corridor, the release stated. The project will consist of a mix of studios, one-bedrooms and two-bedrooms with two large southern-facing courtyards, an oversized pool and amenity deck, pickleball court, dog park, and 9,000 square-feet of indoor amenity space, including a a co-working facility, the release stated.

“We feel The Darby is the perfect fit for our existing Opportunity Zone development platform,” said Alex Foster, co-founder of Atlas Real Estate Partners, in the release. “Not only is Charleston one of the top places in the United States to live, work and retire, NoMo has all the hallmarks of our previous developments in Nashville’s WeHo neighborhood and we expect to see the same exponential growth.” 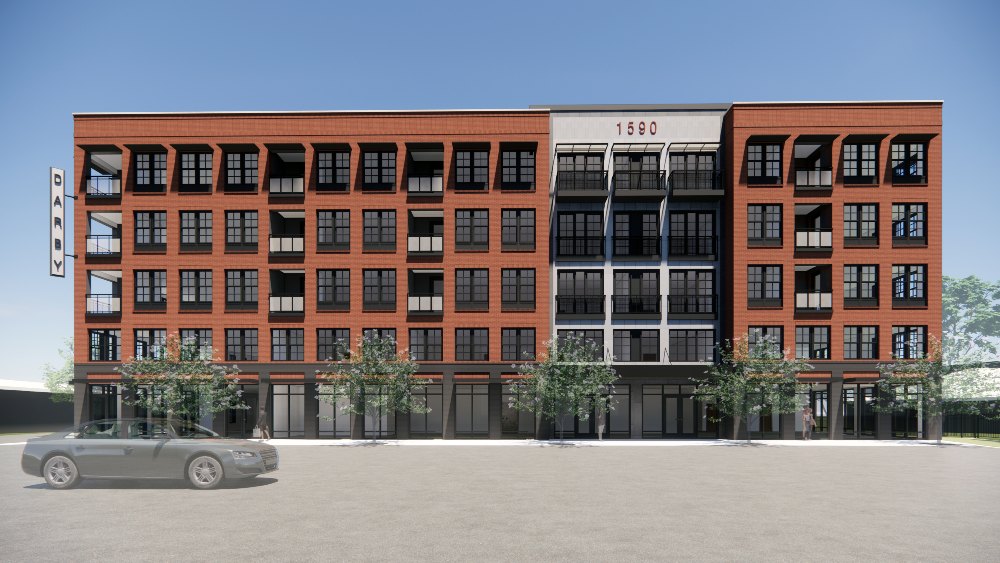 "With apartment demand on the Charleston peninsula continuing to outpace other markets across the Southeast, and supply limited, a highly visible location such as this has strong tailwinds that don't show signs of stopping," said Heath Hans of FIDES Development in the release. "We're excited to partner with the group of professionals at Atlas Real Estate Partners.”

Since its formation in 2009, Atlas has closed over 50 acquisitions and development projects with a total capitalization of $1.5 billion spread over 10,000-plus residential units and 1.5 million square feet of commercial real estate, according to the release. To date, the firm has closed three single-asset multifamily Opportunity Zone Funds totaling over $250 million in capitalization.