Built in 1928 as a bakery, renovated into a hotel and now boutique studio apartments, the Claussen’s building on Greene Street in Five Points has once again been transformed.

The 11,745 square-foot space is divided into 29 apartment homes. Some are studio apartments and others are lofts. The building includes common living spaces. 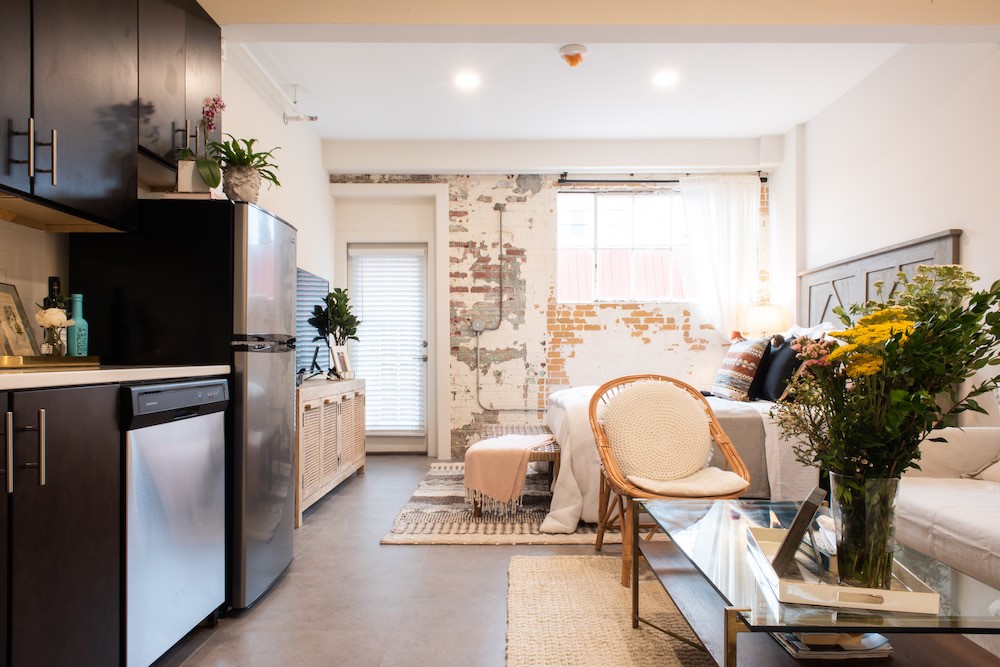 The project is one of several historic renovations Styx Companies partners David Tuttle, Julie Tuttle, Jessie Smith and Ryan Hyler are working on in the Columbia area.

“It’s the unique nature of the building,” Hyler said. “It’s a historic icon in Columbia, it’s being a part of Five Points. Everything about it is just special.”

Apartments range from $950 a month to $1,799. Hyler said Claussen’s is not intended for students but is a market-rate residential project.

The Five Points area, developed as a Columbia retail pioneer beginning in 1919, joined more than 1,400 S.C. sites on the National Historic Register in May.

“The timing of it has been incredible. With a historic building such as this comes simultaneously when Five Points is being on the National Register of Historic Places, it’s incredible to couple those together, and what a great marriage,” said Kelsey Desender, executive director of the Five Points Association. “There are not many places where you see a building of this stature go through so many changes and still stand and now being used for something that will really infuse the livability of Five Points, to get more people down and into the walkable district that we want to make it.”