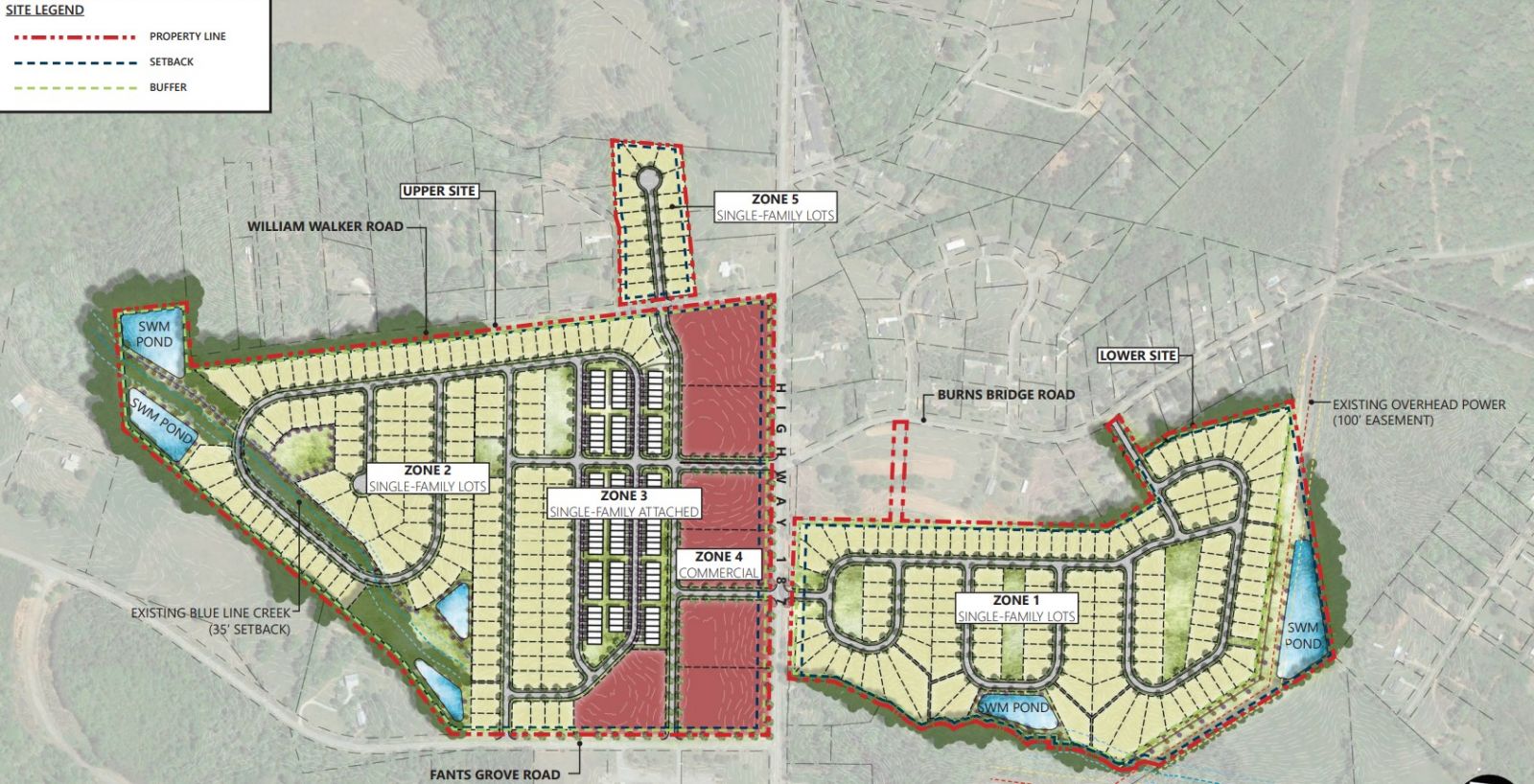 Anderson County Planning Commission’s June 9 meeting, touted as the night more housing projects could be approved than in all of 2019, crawled past midnight with relatively few projects getting the go-ahead.

Only 658 of the potential 2,137 residences were approved after hundreds of residents gathered at the Anderson Civic Center to protest residential and mixed residential projects that proponents said are need to bring commercial and job opportunities to the area.

Backlogged from a cancelled March meeting, the agenda gave a platform for four rezoning requests, an RV/tiny home development adjacent to Homeland Park, an appeal application for a proposed subdivision near Anderson’s regional airport and four preliminary subdivision projects. 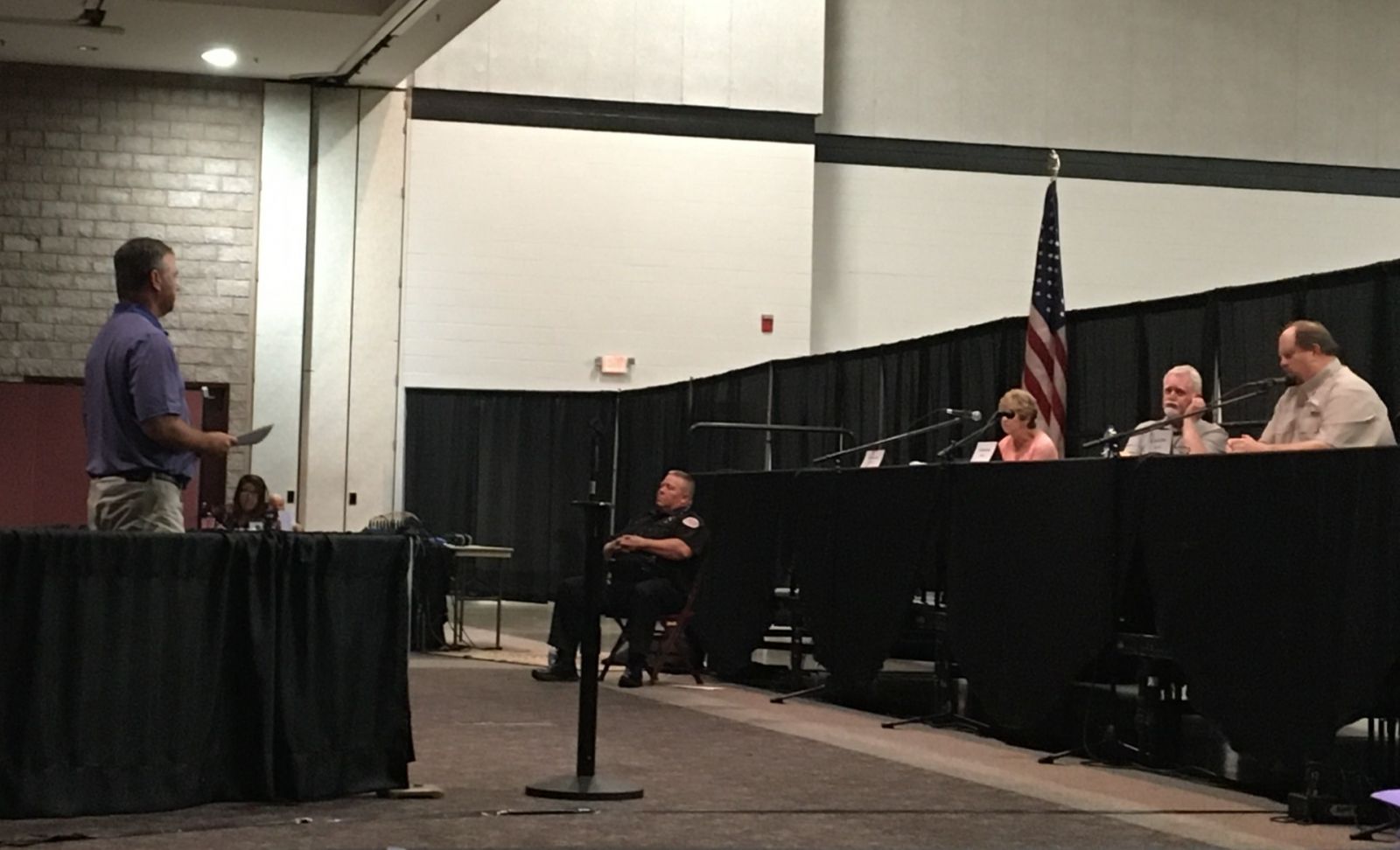 Out of roughly 330 acres set to be rezoned as residential property, only 19 acres along Welpine Road in Sandy Springs — currently a commercial plot proposed for a 252-unit apartment and duplex development by Greenville’s Blackstream Development — was passed on to the Anderson County Council. Eleven buildings on the site will house one-, two- and three-bedroom units up to three stories high.

Charleston developer Ben Chase’s request to rezone a 29-acre commercial district property into a planned “affordable housing” development was unanimously denied after a line of fuming speakers took a stand. The commission also rejected a 141-acre single-family residential property proposed by Spano and Associates for 435 single-family homes and 20 acres of commercial and non-residential projects.

Developers contended that residential projects will bridge a housing gap that is keeping economic growth out of the county; residents contended the proposed projects threaten existing businesses, farms and property values.

“The jobs are coming, so really, it’s just a matter of finding this need and filling it. And filling it respectfully to the county advantage,” Chase said during the public hearing.

When the Charleston developer first discovered the 29-acre property, then a cornfield, few rooftops could be found nearby, he said. According to Chase, retail tends to follow rooftops, so he developed blueprints for a planned housing development instead of a big box store like Target or a strip mall.

Inspired by incoming industry and “tremendous growth along the I-85 corridor,” he argued that the planned developments centralize communities and cut down on the shopping commute to strip malls and sprawling retail properties. 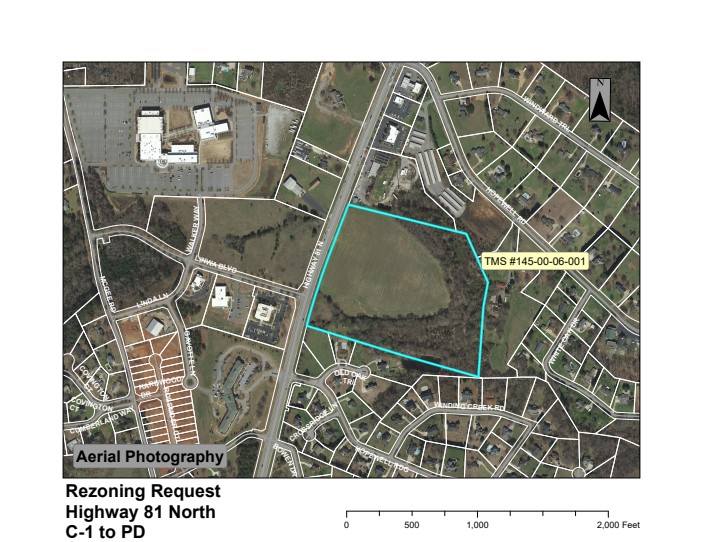 Some residents remained skeptical of claims that housing is a harbinger of incoming jobs. Others argued additional growth would stress existing infrastructure —  including roads, fire stations and police forces — too far beyond the intended capacity. One resident cited Anderson County’s 2016 green infrastructure plan “Green for Future Generations (.pdf),” stating that the development of farmland leads to the “loss of natural resources and county character.”

“They say we have industry coming to the area. I don’t know what industry they’re talking about,” resident Cynthia Barnes said during the meeting.

Farmers like Sandra Coffman, co-owner of Split Creek Farm and goat dairy and a potential neighbor to Spano and Associate’s 141-acre planned development, reiterated the proposed high-density community would bring traffic snarls and trespassers that could harm her animals. She also accused the developers of ever-evolving plans.

As a former planned community resident and U.S. Capitol Police deputy chief, Coffman feared that high-density developments would only usher more crime into a region where some nights, according to Coffman, only one officer remains on beat for the entire county.

“As a small business owner in this community, my business has been burglarized six times in the past two years: a farm, a farm with livestock, farm equipment and $10 in our pocket if we’re lucky,” she said.

Coffman pleaded with the commission to preserve small farms and the agricultural character of Anderson County. Transplants move to the area seek more space, not less, she said, followed by waves of applause. 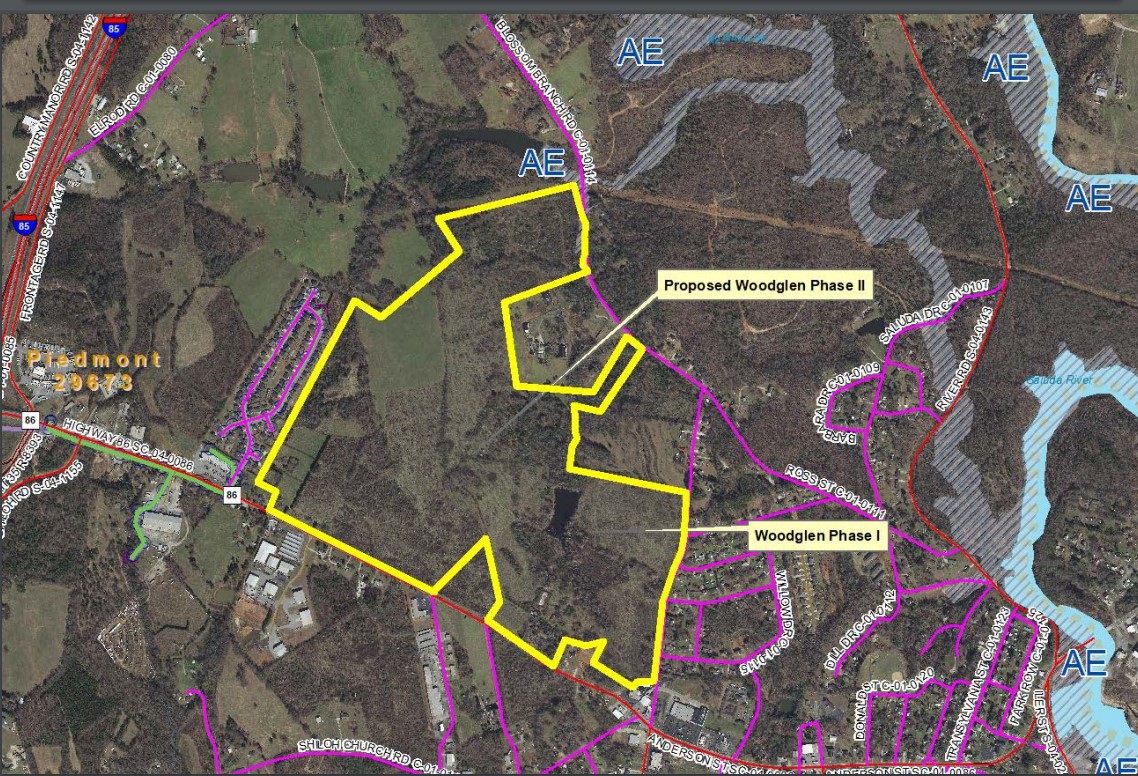 “The topo and the water issues that are inherent to that particular property make it almost impossible financially to develop for a large footprint building, and so industrial has been turned down every time,” Burriss Nelson, director of Anderson County Economic Development, said at the hearing about the 141-acre property. “I’m not here to make a recommendation one way or another, however, small footprint developments, such as residential, would be far more appropriate for this particular piece of property.”

Plans for a 16-acre subdivision off S.C. Highways 81 and 86 were withdrawn by the applicant, while designs for a 92-unit town home development and 42-home subdivision in Powdersville were also shot down by the planning commission.

Of the four new proposed subdivisions, only the second phase of an approximately 227-acre development, dubbed Woodglen by developer Mark III Properties, off Highway 86 and Blossom Branch Road in Pelzer, was cleared for 186 new lots in addition to an existing 186.