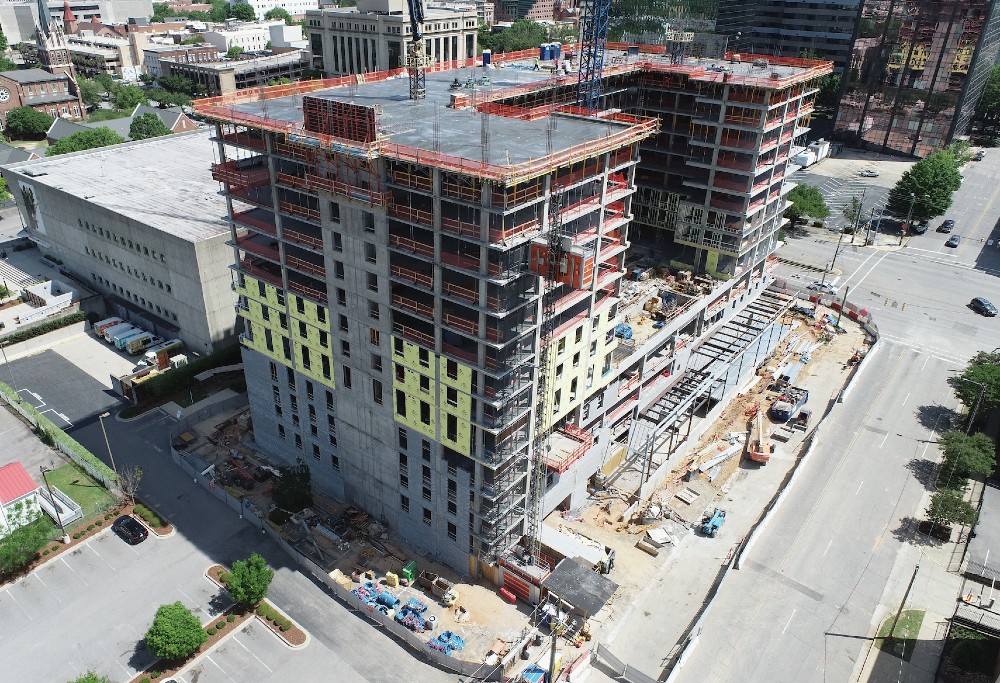 The Standard, a 17-story, 441,980-square-foot housing tower in downtown Columbia, has taken a major step toward completion.

Chicago-based real estate development and construction engineering firm Clayco recently celebrated the topping off of the project at the corner of Assembly and Washington streets. Crews have poured 17,000 yards of concrete and installed 1,500 tons of rebar, according to a news release.

“It’s very fulfilling to take part in builds like this from the ground up, and we are excited to commemorate this moment in the project,” Patrick Fanella, Clayco general superintendent, said in the release. “Over the course of the project, we will have poured concrete for half a floor every three to four days. As we near completion, it’s uplifting to know we’ll positively impact the community through bringing the student population closer to the city’s center.”

Two Rosewood Drive properties have sold for a combined $1.1 million.

William Mills and Roger Winn of Trinity Partners represented the sellers of 2909 and 2917 Rosewood Drive. The properties, which together include a 6,632-square-foot building situated on an 0.7-acre lot, were sold separately to the same buyer for a combined purchase price of $1,111,000.