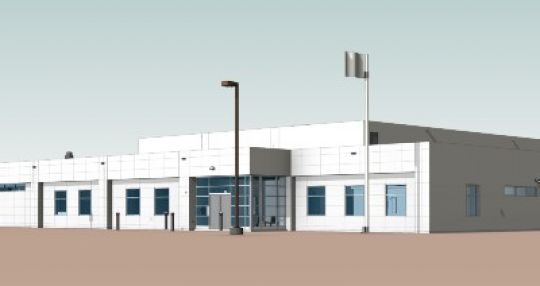 Additionally, advancements in technology are allowing for more collaborative and open medical offices, according to the report by Jessica Rahal, research coordinator for Colliers. Clinics are locating in the suburbs, off hospital campuses, providing greater access and convenience to patients.

The industry’s growth has led to the construction of new hospital facilities in the market. Lexington Medical Center announced plans in 2015 to construct a $425 million addition to its existing campus in West Columbia. The hospital plans to build an eight-story, 550,000-square-foot tower that will add approximately 70 patient beds with the ability to add more in the future.

Meanwhile, some medical offices are moving closer to their patients by occupying former storefronts, which also allows for greater visibility than traditional medical office buildings. “Additionally, as a growing percentage of the population is over the age of 65, shorter driving distances and greater accessibility are increasingly important,” the report said.

While retailers such as Wal-Mart and Target, Walgreens, Rite Aid and CVS, are opening medical clinics within their stores, some urgent care and primary care practices are occupying former retail space.

Although the future of health care remains unknown, but the impact on real estate is expected to be positive. As the population ages, healthcare services will be in greater demand, benefitting the medical office market, the report said.

The market will likely see further “retailization” of medical practices with the entrance of new retail clinics, the report added. Mergers and acquisitions will continue as private practices are challenged to keep up with changing healthcare requirements.

“Hospital systems will continue to dominate, and the market may see expansions with new suburban campuses. The northeast submarket has the potential to attract new medical construction as residential development continues in the region. Rental rates will continue to increase, but not as rapidly as those of other property types,” the report said.