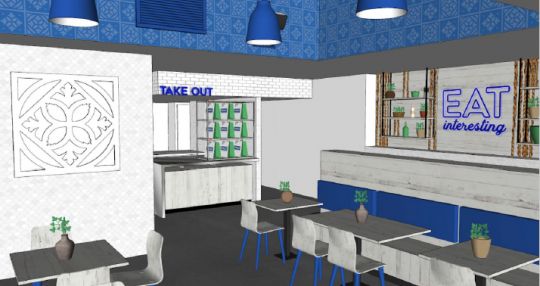 Videos keep cropping up of anti-mask customers acting irrationally at supermarkets, putting workers and shoppers in awkward or unsafe predicaments.

In one of the latest videos, a Costco customer who wasn't wearing a mask balled up his fists, aggressively walked toward someone behind the camera while yelling in the supermarket.

"I feel threatened! Back up!" the angry Florida man said with his chest puffed out. "Threaten me again," he said before walking away. The customer's strong reaction was over an elderly woman asking him to wear a mask, according to documentary film director Billy Corben who posted the video on Twitter.

Costco has required customers and employees to wear face coverings since May.

The short clip is one in a series of videos featuring customers misbehaving in stores during the pandemic. In one video, a customer broke a Target worker's arm. In another, a shopper destroyed a store display. Often, mask adherence is at the center of the issue.

But what's being done to protect workers and employees from the clashes that occur when people don't want to wear masks?

"Not enough," said Kim Cordova, president of the United Food and Commercial Workers International Union in Colorado. "While some retailers will ask you to go outside if you refuse to follow rules, many don't want to risk the sale."

Retailers, restaurants and grocery stores often train staff on how to de-escalate situations with disorderly customers. But when that doesn't work, the responsibility falls on security guards, said crisis management expert Ronn Torossian, who is at the helm of 5W Public Relations firm.

"Until four months ago, security was simple. It was all about monitoring for theft," Torossian said. "Now, they're having to be trained on how to deal with masks and safety."

"Security guards get the brunt of the issue. But most of the time, disorderly people just leave. They want to spit on the ground, yell their comments and leave."

In the case of the Costco in Florida, the aggressive patron was kicked out and closely monitored after causing a scene, Corben tweeted, citing information received from the customer that was yelled at.

Once the coast was clear, an associate escorted one of the targeted customers to his car, the tweet said.

Health experts have long said that individual choices can either aid in flattening the curve or accelerate the rate of COVID-19 infection. And stores have been educating customers on safety protocols ever since the pandemic was declared.

But aside from posting signage about masks and escorting customers refusing to wear masks off the premises, there is not much retailers can do to stop people from getting rowdy, experts say.

"That's the most they can do. Ask somebody to leave and escort them out," Torossian said.

Customers getting upset and acting out at stores nothing new. But the pandemic has given people something fresh to be at odds about.

"Some of these incidents come with the nature of retail," said Erik Rosenstrauch, CEO of the retail marketing firm FUEL Partnerships. "You're always going to have an occasional issue with shoppers getting mad," but lately most seem to be about people at odds overhow they perceive their civil liberties.

Grocery store workers have complained for months that customers refuse to follow the rules.

In April, UFCW, a food and retail union that represents over 900,000 grocery workers, surveyed 5,000 of its clients, and 85% said customers are not practicing social distancing.

Many stores provide masks at the door for people who don't have them. However, some customers have told USA TODAY they take their mask off after entering the store to get around the rules.

It's a troubling environment for shopowners and store managers who are already grappling with operating under coronavirus-related guidelines and restrictions. However, some establishments are taking things further to protect workers.

In Arkansas, a Tex-Mex restaurant closed its dining room in late June "due to the disrespectfulness and non-compliant customers" who refused to wear a mask. The location is still open for takeout orders.

Los Angeles-based Hugo's Taco took things further, closing both of its locations in recent weeks due to aggressive customers refusing to follow the safety rules.

"Staff have been harassed, called names, and had objects and liquids thrown at them," the company said in a statement posted on Twitter. "A mask isn't symbolic of anything other than our desire to keep our staff healthy."