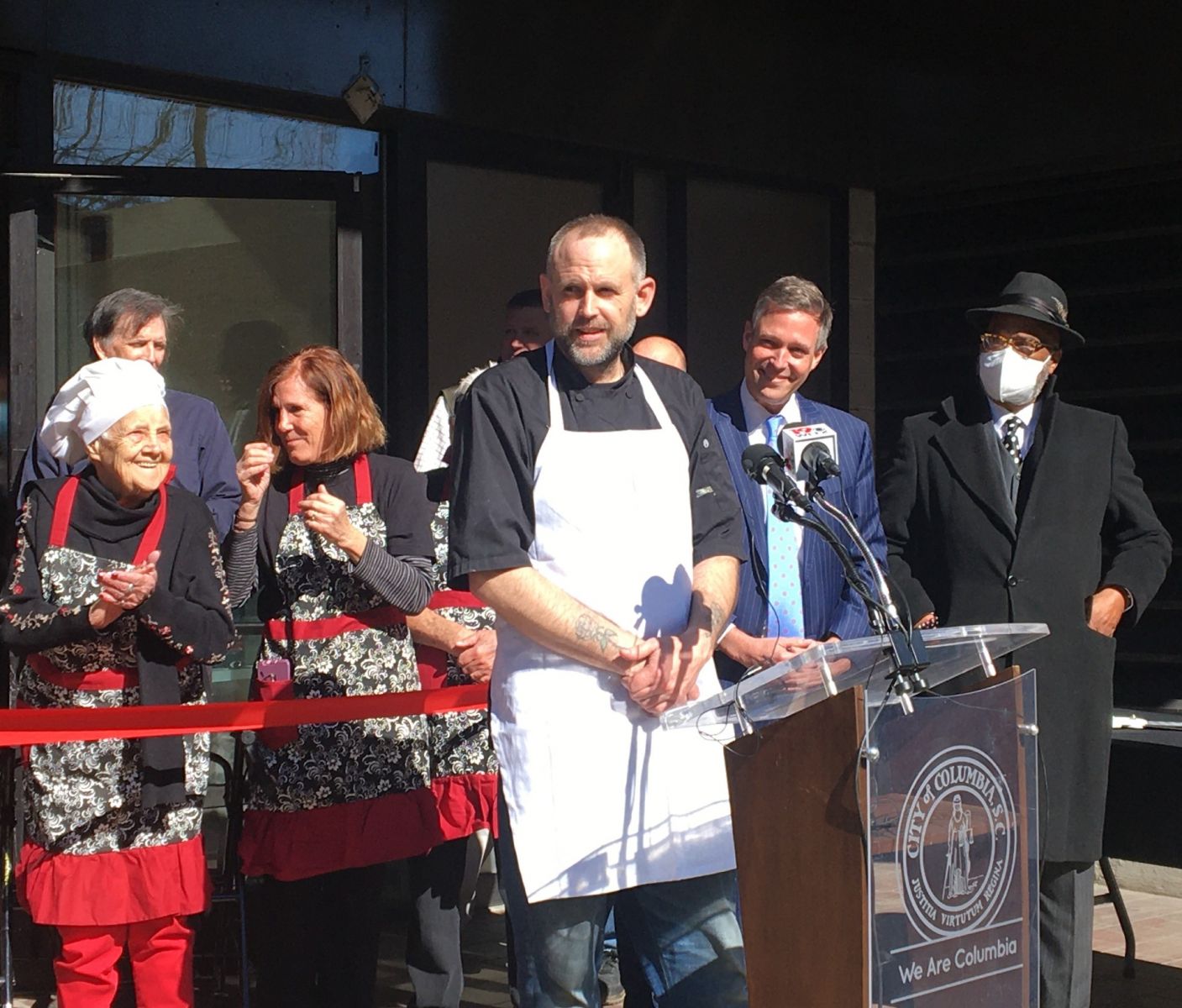 Columbia’s Main Street district welcomed a new small business on Thursday with the grand opening of The Strudel Shop.

Flanked by city officials and family members, chef and owner Kevin Kelly thanked the dozens of people who applauded a ribbon cutting before following the aroma of freshly baked bread into the shop at 1237 Washington St., adjacent to the Holiday Inn.

Kelly’s grandmother, 89-year-old Virgina Johnson – Ginger to family and friends – beamed with pride under a chef’s hat as her grandson spoke.

“It is such an exciting day,” said Johnson, who said she started cooking around age 8 in her hometown of Clear Lake, Wis., where she has fond memories of harvesting the apples that went into her family’s strudel. “They were all so happy and they were all laughing and having such a great time. That’s how I started.”

Kelly said he first opened The Strudel Shop in Charlotte before being persuaded to come to Columbia by family friend Scott Adams, dean of Columbia International University’s Cook School of Business.

“Kevin and four generations of his family are here helping to open up this store today,” Columbia Mayor Daniel Rickenmann said in remarks before the ribbon cutting. “As we say, Columbia is open. I’m excited. We’re excited to see all the support here. This is what we need to do – support, lift and continue to support each other.”

The Strudel Shop offers whole strudels, in flavors from apple to Greek spinach roll, for $36. Pieces can be purchased as a combo with a scoop of ice cream or a cup of coffee for $9.

“It’s so exciting to see these local, small, unique businesses open up in in our city,” said Matt Kennell, CEO of downtown development organization City Center Partnership. “We’re also really happy that you’re located here. To be here on Washington Street, to see this district expand – we’ve seen two other businesses open up around the corner on Sumter Street. This hotel opened up about a year ago. The district is expanding and the city’s expanding as we connect to these other districts – to Five Points, to the Vista, to North Main Street.

“It’s just a really exciting time to be in Columbia.”